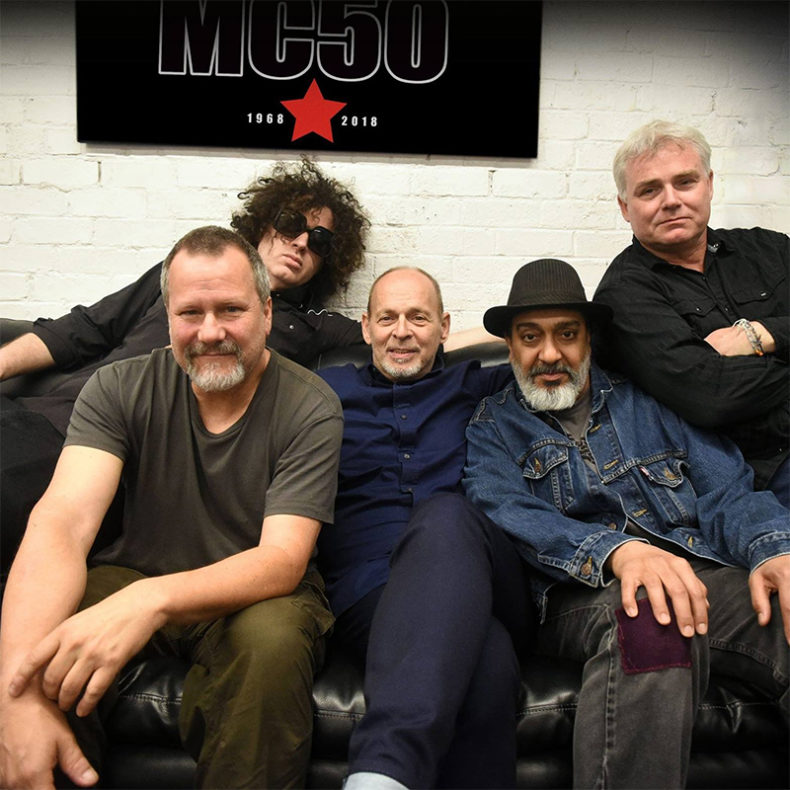 The history of the MC5 has been nothing short of tumultuous; however, this has not stopped the band from earning a much deserved sense of respect in the rock pantheon as one of the greatest proto-punk bands and one of the biggest inspirations on ‘70s punk rock. While they, like The Stooges and The Velvet Underground, found more notoriety and acclaim following their initial demise, their current reunion – in celebration of fifty years of their debut, and most renowned, album, Kick Out The Jams – is proving to be a truly special affair. Billing the current lineup as MC50, founding guitarist and punk rock legend Wayne Kramer has recruited a stellar cast of punk and alternative rock characters -including Zen Guerilla vocalist Marcus Durant, Fugazi drummer Brendan Canty, Faith No More bassist Billy Gould, and most notably, Soundgarden guitarist Kim Thayil – to bring the MC5 across North America. Their nearly sold-out concert at Toronto’s Danforth Music Hall – featuring performances from local talent UIC and Public Animal – was nothing short of a great show that made for a truly exciting night.

Toronto’s very own Public Animal took the stage first to a nearly empty venue, something highlighted by their guitarist who took the mic before their set to exclaim “75 rock ‘n’ roll fans in all of Toronto”. Whether this was done with gratitude or not, it carried a sense of attitude that added an edge to their show. Public Animal didn’t care how many people were there, all that mattered was that they were on stage at The Danforth and they were going to kick ass with their loud, sludgy, punk inspired rock — and that is exactly what they did. Technical difficulties and a short set time did not stop the band from shining and impressing the early crowd with their lush vocal harmonies set over distorted instrumental music that felt reminiscent of Neil Young’s work with Crazy Horse mixed with T.Rex.

For their first show in fourteen months, UIC took the stage to a crowd that was not only filling up fast, but one that was clearly very excited to catch the band live again. Hailing from Exeter, Ontario, UIC blasted their way through a set of classic ‘70s inspired punk rock that was crunchy and hard hitting. As the band stomped through their set, their singer took to the mic like Johnny Rotten and danced around the stage like a deranged – and well dressed – Iggy Pop. All in all, UIC put on a great show that felt nostalgic for a different time while also taking the time to debut two brand new tracks. 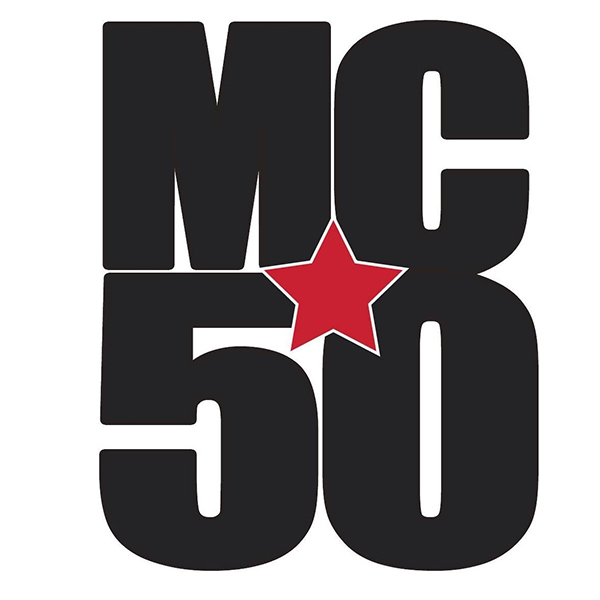 Wasting no time to get on stage, Wayne Kramer led the MC50 as he made a quick sprint to his side and began to dance around as everyone else slowly sauntered to their positions. For the next near two hours, The Danforth Music Hall was transported back to a time before there was such a thing as punk rock – the late 1960s and ‘70s. What is often referred to as for this era was vastly different than that of the latter mainstream – albeit, slightly – punk of 1976 when The Sex Pistols burst onto the scene. Instead, the proto-punk of The MC5 was closer to ‘50s rock ‘n’ roll, only far more experimental, lyrically devious, and cranked up to ten. That is exactly what happened when the band opened with “Ramblin’ Rose”, a more bluesy number and the only one where Kramer took the role as the lead vocalist – that is, when he wasn’t ripping a fierce solo and dancing at the edge of the stage, mere inches away for his lifelong fans. What was to follow, however, was truly surreal as Marcus Durant stepped into center stage shouting the phrase that embodies pure rebellion, resistance, and liberation: “it’s time to kick out the jams motherfuckers”! Naturally, this was followed by a sonic onslaught of heavy guitars and thrashing overtop what is arguably among the greatest and most essential rock tracks ever.

As the show continued, MC50 proved time and time again that the work of the original MC5 was timeless; the songs still stand as incredible and influential work, and Kramer, at the age of seventy, performs with a raw sense of energy, style, and gusto that artists half his age could only dream of sporting. The band were also quite a tight unit with Billy Gould adding a real thickness to the bass with his fat thumping tone and Brendan Canty driving the songs forward in a primal yet groovy manner. While Durant’s voice is far in tone from original MC5 vocalist Rob Tyner, he did a great job as he sang and took the occasional harmonica solo with an overall angst swagger and flair to his performance. Kim Thayil proved to be an incredible rhythm guitarist, adding a thick wall of fuzz and distortion under Kramer’s lead lines while also shining as he ripped a handful of truly killer solos. With such a tight band, the MC50 were able to pump a strong sense of life into the entirety of Kick Out The Jams and classic tracks such as “The American Ruse”, a cover of Them’s “I Can Only Give You Everything”, “Shakin’ Street”, and “Future Now”. Following a brief break, the band returned to the stage for a two song encore, consisting of the heartfelt ballad, “Let Me Try”, and an explosive “Looking At You”.

As far as concerts go, MC50 put on an excellent show. What makes that far more exciting is the sense that this tour may very well be a once in a lifetime opportunity to not only see such an ensemble of musicians performing fantastic music together, but to catch Kramer and the MC5 at yet another career peak. That’s a rare thing for any band, let alone half a century later. What is perhaps most impressive about this is the fact that there is an MC5 fifty years later. The band notoriously cemented themselves in history while simultaneously digging their own grave with their 1969 “fuck Hudson’s” ad – Hudson’s being one of America’s biggest record dealers who refused to sell Kick Out The Jams for the band’s use of profanity – that also encouraged people to both “kick out the jams” and to “kick in the door” of any Hudson not stocking the album. Elektra dropped the band from their roster, and while Atlantic would sign the band for their next two records, Back In The USA and High Times, this was supposed to mark the beginning of the end for the MC5. Yet, here we are, fifty years later, celebrating one of the most important punk rock outfits ever simply because Kramer refused to be a foot note, just as he refused to be censored in 1969. If there was ever a time when his work more relevant, it is in today’s bipolar political environment, and hopefully, if MC50 is any indication, his revival has only just begun.

A passion for music has always been a part of Gerrod’s life. As a young boy, he was raised on a steady diet of the music from The Chili Peppers, Aerosmith, The Stones, Prince, and others from his mum. Raised in the GTA, Gerrod continued to foster his love for music by attending a wide range of concerts and learning the drums. His unapologetic passion for music has no bounds and has spread to a wide variety of styles, whether it be the 90’s rock that sound tracked his teenage years, the jazz he studied in university, or his newfound love for hip-hop. He recently received his bachelors in music and education from York University and is passionate about writing and reviewing good (and less than good) music. Gerrod is also the drummer and songwriter for a Toronto based rock & roll band, One In The Chamber.
RELATED ARTICLES
live reviewmc5the danforth music hall