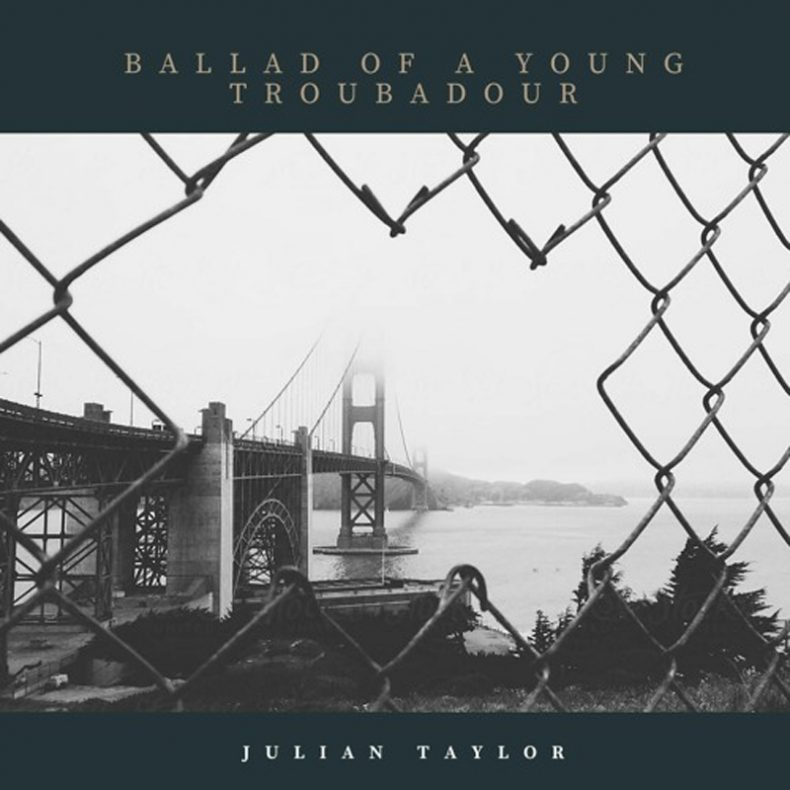 “Ballad of a Young Troubadour” – taken from Taylor’s forthcoming album The Ridge, out June 19th – harkens back to his early days as a travelling musician. When he was in high school, he really began to work heavily on his songwriting and acoustic guitar skills. It was like a religion for Taylor and it still is.

Taylor, looking back says, “I loved the ideology that Bob Dylan, Ritchie Havens, Jack Kerouac and musicians like them had forged and I was determined to follow their path. So, when I was out of school for the summer, I packed my bags and set off on a journey across the country.”

Taylor’s travels took him from Toronto to New York City and then right across America, travelling on Greyhound buses and trains, going west until he hit Seattle. He hitchhiked too, all the while making money busking from place to place. It was one of his most cherished and memorable road trips, and it certainly gave him the itch.

Reminiscing further, Taylor says, “When I formed my band, Staggered Crossing, I got to hit the road with my travelling band and for a long time it was the best. As the story goes…all good things come to an end. The perils of the musician’s life and the music industry caught up to us. Not everyone got out alive.”

The Ridge traces the thread that runs throughout Taylor’s career, one that rejects being confined to a certain genre and comes from his life experience as a mixed person. The ultimate questions for him are where do you go and how do you connect with people? “Ballad of a Young Troubadour” explores these questions through the tale of his early music career. Taylor’s eye takes in both the beauty and the danger of all that road along the way. As the song says, “Each inch of pavement has a story to tell.”

“I set off on a journey when I was so young. One that would change my view of the world. It was absolutely necessary for my growth as an individual. I remember when I crossed over the border with just my nap sack and guitar, how strange the world would become. I was shocked and utterly disappointed by it. You know what really blew my mind? It was that not one single white person would speak to me. There I was a mixed teenager and not one white person would speak to me or help me. They were scared of me, and in turn I felt that, and became scared too. When I reached Cleveland, there was one night where I couldn’t even book a motel room to stay in, so I slept in a park on a bench for a bit until it was too much to take. I ended up hitchhiking and flagging a ride with someone. I kept my switchblade knife open and in my jacket pocket the whole ride. “The Ballad of a Young Troubadour” was essential to my survival as a musician, but more importantly, as a human being, fighting for a little bit of space in the world.”

by Gerrod Harris on June 19, 2020
Julian Taylor The Ridge Independent Few Toronto artists get me as excited with the news of new music as Julian Taylor does. A musical chameleon, Taylor’s work has come in the shape of [...]