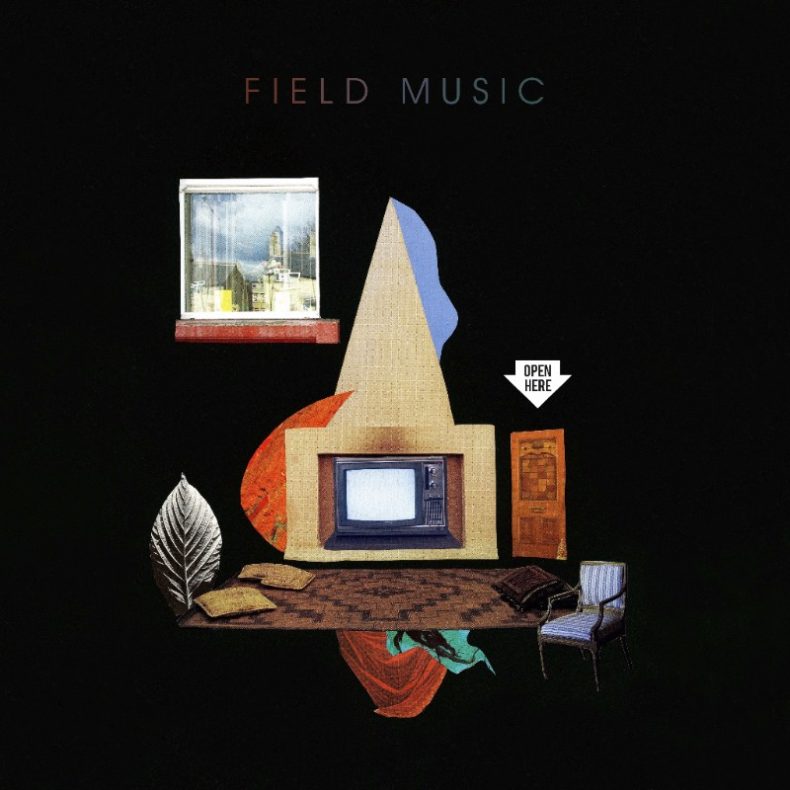 FIELD MUSIC – “COUNT IT UP”

Field Music, the Sunderland sibling duo of Peter and David Brewis, whose five albums of imaginative art rock have made them one of the UK’s more critically appreciated exports over the last decade, recently announced their sixth full length album, Open Here, which will be released via Memphis Industries on February 2nd, 2018.

Today, they are sharing the album’s first single, “Count It Up,” a song that according to David Brewis was written on his young son’s toy keyboard in the wake of the Brexit vote. The song recalls artists like the Talking Heads, Prince (who was a vocal Field Music fan), and Madonna’s “Material Girl,” while examining the unacknowledged privilege that underpins the recent wave of xenophobic political movements in Britain and around the world.

“I’ve been down and angry about the state of everything lately,” Brewis admits. “Our town (Sunderland) has become infamous in that it was the first place that voted for Brexit, and that threw into really stark relief loads of fears I have about where we live. It’s been a downtrodden place for quite a long time and people look for someone to blame.”

“I went through a period not long after the global financial crisis when I read a lot about economics,” he continues. “There’s a section in a book by Joseph Stiglitz called Making Globalisation Work about how those on the right hand side of the political spectrum tend to ascribe their fortunes entirely in the frame of their own talents. If somebody is poor it’s because they’re stupid, and if I’m rich it’s not because my parents gave me a great start in life, or money, or a great education, it’s because I’m talented and brilliant. I think all of that fed into this howl of rage set to what’s basically my version of ‘Material Girl.'”

The two years since the group’s 2016 release, Commontime, have been strange and turbulent. If you thought the world made some kind of sense, you may have questioned yourself a few times, and that questioning, the erosion of faith – in people, in institutions, in shared experience – runs through the new Field Music album.

The album is the last in a run of five recorded in their small riverside studio, an unprepossessing unit on a light industrial estate in Sunderland, and while the brothers weren’t quite tracking while the wrecking balls came, the eviction notice received in early 2017 provided a sense of urgency during the recording.

The studio became a sanctuary away from everything political and personal, a cocoon of creativity, and making the album became an alternative way for the brothers to connect to people. A wide array of musicians were invited to leave their mark, notably Sarah Hayes on flute and piccolo, Liz Corney on vocals, Pete Fraser (The Pogues) on saxophone, Simon Dennis on trumpet and flugelhorn, a Cornshed Sisters choir and the regular string quartet of Ed Cross, Jo Montgomery, Chrissie Slater and Ele Leckie. The resulting release is a lush and imaginative record that is bigger in scale than anything they’ve done before.