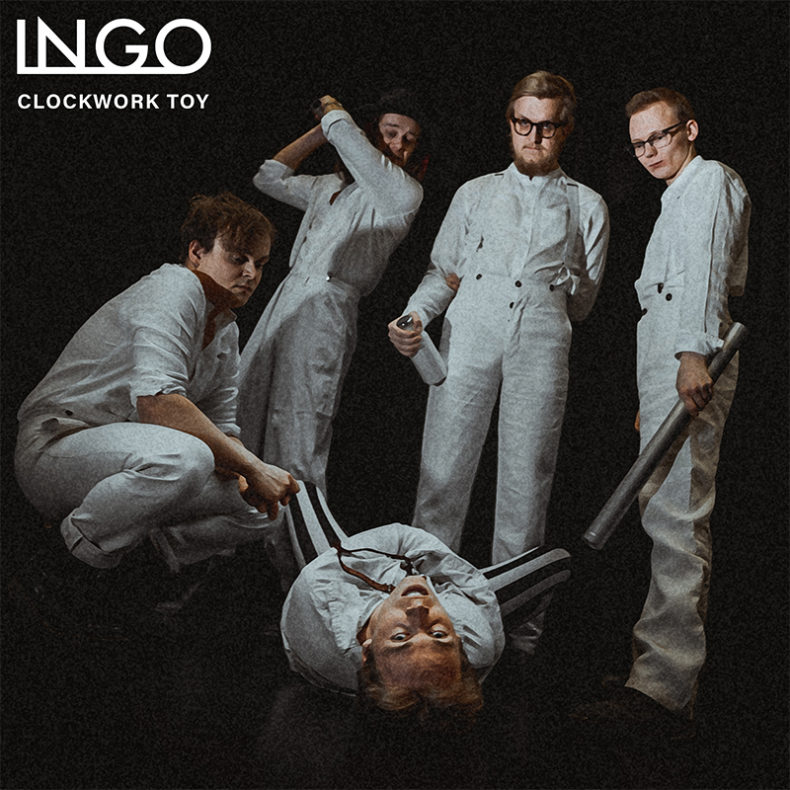 “Clockwork Toy” grasps a modern view of forced isolation and prejudice whilst stepping out of an ordinary life. Written within minutes after watching Stanley Kubrick’s “A Clockwork Orange”, INGO compares the actions of chasing dreams today in the same manner as a violent psychopath in the movie. The genre of the song is crossed between New Grunge and Indie Rock, with a gospel touch at the grand finale and an electronic bass line tearing through the track.

INGO is a riff-based Indie-Rock Artist, Singer and Songwriter from Iceland and Norway. With a band of four he aims to create a rock rebellion, and set his mark as one of the greater live acts in the business. His style is fearless and energetic, yet reflected and beautiful. INGO brings new reflections of hit-rock on the table through timeless lyrics, catchy melodies with a raw, yet haunting vocal. Inspired by notorious acts such as Queen, Radiohead, Led Zeppelin, David Bowie and Nirvana, INGO aims to revive hit rock music.