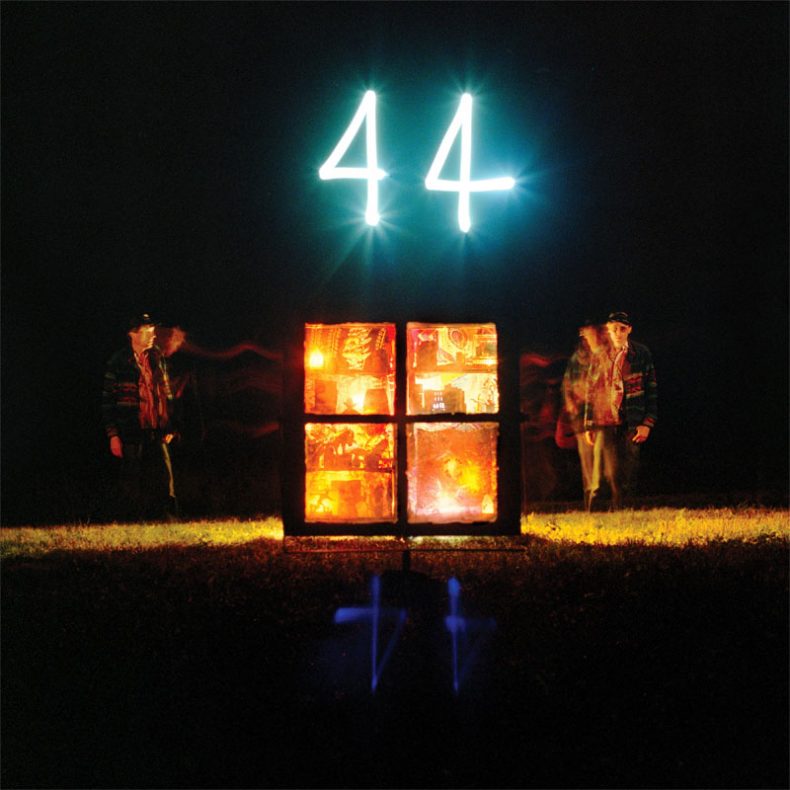 44, an imaginative and visionary four album project by Joel Plaskett, continues to reveal itself with the release of a second single and video, “Just Passing Through“.

The title track from 44‘s second album, “Just Passing Through” is a travelling rock song weaving guitar riffs and smoky chorus across a driving 4/4 beat. The new video was put together by Jeff Miller, using footage shot on Joel’s phone camera over the years to create a dream-like backdrop.  Miller also directed the playful lyric video for 44’s first single, “Head Over Heels Into Heaven”. That song has been recently added to CBC radio nationally, appears on multiple streaming service playlists, and has been enthusiastically received by both music critics and dedicated fans.

44 is comprised of four, 11-song records, packaged together and connected both thematically and visually. The project’s release on April 17 comes the day before Plaskett’s 45th birthday (which also happens to be Record Store Day.)

The conceptual follow-up to Plaskett’s JUNO-award winning triple record Three, 44 is Plaskett’s most ambitious endeavor to date, and showcases the skill and talent that has established him as one of Canada’s most respected musicians and songwriters.

44 (4 LP Boxset) can be pre-ordered on vinyl and CD HERE and on iTunes HERE.

Catch Joel Plaskett on tour this spring with The Emergency and Mo Kenney at the dates listed below.

SPILL NEWS strives to keep our readers up to date with news and events in the music industry. We keep you informed of the most recent information regarding new releases, tour dates, and information items about your favourite artists.
RELATED ARTICLES
joel plaskettnewspheromone recordings
10

by Daniel Adams on October 15, 2014
THE SPILL MAGAZINE ARTIST PORTRAIT: JOEL PLASKETT Joel Plaskett returns with one of the most diverse and fan-pleasing albums of his career. Proving that he can be all things to [...]