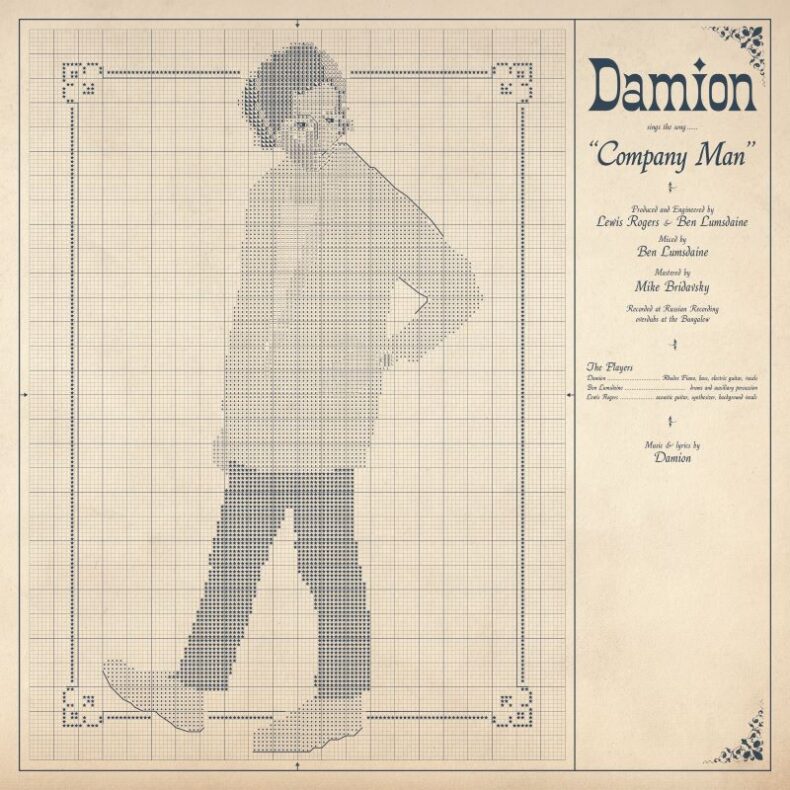 Tomorrow, Bloomington, IN singer-songwriter Damion (Damion Schiralli) announces his forthcoming debut solo LP, Special Interest (out July 20 via Earth Libraries). To celebrate, he is sharing the record’s first single, “Company Man,” alongside an official video, featuring the musician in his natural element, humming along to the soft-spoken melody.

Speaking on the track, Damion wrote the following:

“The song was produced by Ben Lumsdaine and Lewis Rogers. Recording it was fairly smooth. The little synth line in coming out of the bridge took like fifty tries to get right. I wanted the guitar solo to sound completely filthy and messed up, so we ended up putting it through Lewis’s reel to reel and totally maxed out the preamps.”

“I knew I wanted the album to start with a song that bursts out of the gate in a big way, like ‘I Feel the Earth Move’ on Tapestry, or ‘I Saw the Light’ on Something/Anything. I came up with the main riff on an acoustic guitar and just played it for hours with no breaks til the chorus came to me. The whole thing just kind of poured out after that.”

“I wanted the song to just be a fun mood-setter about being a social guy. I’m not really too much like that, but occasionally I feel that way. It’s important to me that no one takes the song too seriously, so I tried to have a lot of fun with the lyrics and arrangement.”

Damion sounds right at home in the ethereal wonderland of his forthcoming LP Special Interest, sinking headfirst into the maple syrup sweetness and impressionistic lyrics. In Special Interest, the singer-songwriter honors the compulsion and the magic, cobbling together a style all his own — instantly familiar and magnetic, capable of breathtaking beauty in its embrace of life’s smallest moments.

Special Interest is out July 20 via Earth Libraries. The first single, “Company Man,” is out tomorrow on all DSPS.

by SPILL NEW MUSIC on August 25, 2022
JOSHUA LEWIS – “HEARTBREAKER” A SPILL EXCLUSIVE MUSIC PREMIERE Boise, ID-based multi-instrumentalist and songwriter Joshua Lewis released his debut LP, Too Soft, in 2021. With its warm gazes back at 1970s pop-rock crooning, the [...]

by SPILL NEW MUSIC on August 25, 2022
WESLEY – “GLOWS IN THE DARK” A SPILL EXCLUSIVE VIDEO PREMIERE Louisville, KY singer-songwriter Wesley (the alias of musician Jacob Weaver) is announcing a brand new LP entitled Glows in the Dark (due November 11 via Earth [...]