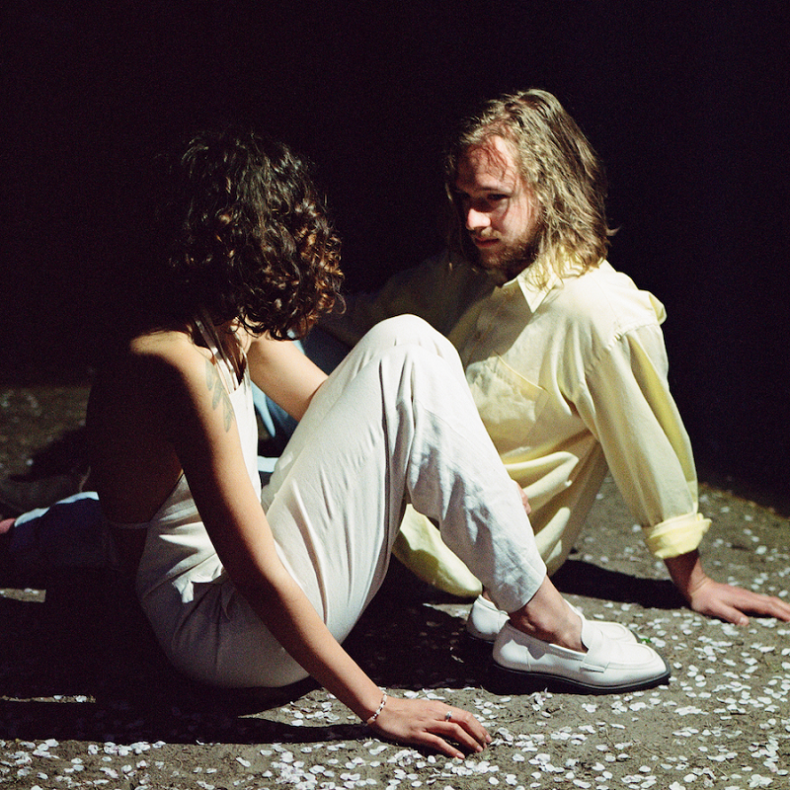 Toronto-based folk duo, Basset, are full of timeless heart. Acoustic songwriters Sam Clark and Yasmine Shelton will take you from a beekeeper’s fields to the haunted basement of a second-hand store, in a style that is all their own. “Change of Time” signifies catharsis during a transition; a song for looking back on something that burned you out, and the recognition, only after the fact, of how hard it really was. It’s common not to notice how much we’re struggling until after we’ve pulled ourselves out and into a better space. Produced by Joshua Van Tassel (Sarah Slean, David Myles), Basset bring a deep love of the natural world to their gorgeously meditative and assured debut album, In The Clay, set to release on September 30, 2022.

The ten songs on In The Clay explore various themes of life in change, Shelton and Clark’s travels around Northern Ontario, the Canadian and American prairies, their lives in Toronto, and the characters – from all walks of life – who have crossed their paths. With comparisons to The Milk Carton Kids, Hozier, and Bon Iver, their inventiveness shines on fiddle and intricate harmonies, with Shelton and Clark’s voices wrapping around each other like twin flames in a warm fire.

“After graduating from university we took a big trip to Italy. I (Sam) was coming out of the worst burnout of my life, and had made the decision not to continue with school, and pursue music instead. Yas was in a similar boat, and had decided to take some time off as well. I couldn’t believe how much Italy looked like a movie; it was so beautiful it was almost ridiculous. While we were in Florence we got caught in the rain, and not a little shower, it was a total downpour. We were soaked in seconds, but we didn’t mind at all. We had nowhere to be, and the rain wasn’t cold, so we just stood there while the water made rivers in the streets. Later that night we took a walk, with the street lights reflecting off the canals and the wet cobblestones. It was total catharsis, and the perfect thing to mark that transition in our lives. We find the closer we stand next to each other, the better we sound. Because of this, we had always wanted to record a song around a single microphone. So we set up in a barn in rural Ontario with our friend and fellow songwriter, Benjamin Dakota Rogers. It was the high heat of summer, and there was no air conditioning in the barn, no windows. We cooked and sweated our way through that session, and you can see the heat in that video. But we really captured the heart of the song in this recording. Produced by Joshua Van Tassel (Sarah Slean, David Myles), the ten songs on our debut album, In The Clay (Sept 30), explore various themes of life in change, our travels around Northern Ontario, the Canadian and American prairies, our lives in Toronto, and the characters – from all walks of life – who have crossed our paths.” ~Sam Clark