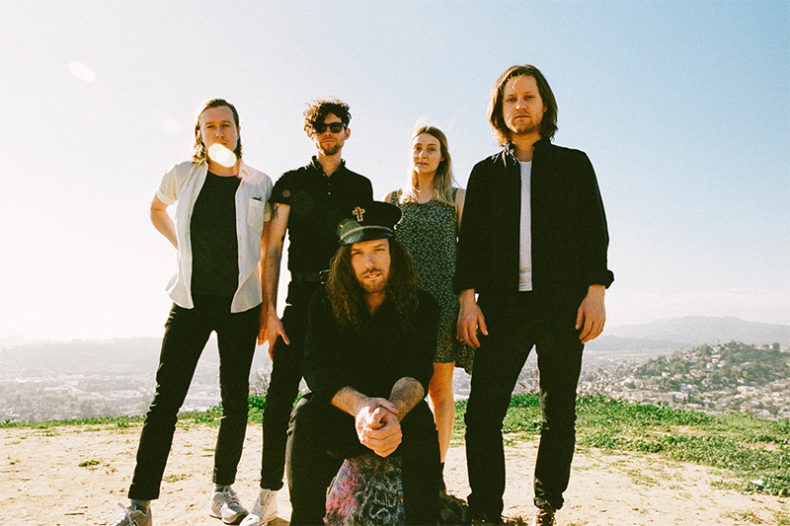 It has been nearly nine years since Kelowna indie rock quintet Alphababy moved to Vancouver and changed their name to Yukon Blonde. In the time since that change Yukon Blonde has released numerous successful albums, EPs, and singles, they’ve also toured extensively.

The Jeff Innes fronted Yukon Blonde have visited Edmonton numerous times in the past playing at quite a variety of venues. They have played our most prestigious hall in support of Hey Rosetta! and they have even headlined in clubs. For their most recent tour however, they paid a visit to one of the city’s newest venues.

During their show at The Needle Vinyl Tavern, Yukon Blonde performed a selection of new songs alongside a smattering of their old releases and radio hits. While the room was not terribly full, the audience members in attendance were well familiar with their songs. Throughout the set, Innes and guitarist Brandon Scott excited the crowd with guitar solos, power stances, and their energetic stage presences.

Before Yukon Blonde took the stage two talented openers warmed up the crowd. The locally sourced Motorbike James was the first band of the evening and was an unexpectedly exciting sight. Their alternative rock styling was catchy and paired nicely with the headliner. Belle Game followed second and demonstrated a more shoegazer-influenced sound. Belle Game have been touring with Yukon Blonde and while their sound is captivating it didn’t fully mesh with the overall feel of the evening.

As their tour continues with all the misadventures, merch guy jokes, and parking tickets you could ask for, Yukon Blonde continues to demonstrate their creativity through new songs and lively shows.

I am an Edmonton based musicophile and photographer who loves experiencing music whether it's live or on my turntable. I play seven instruments and go to a lot of concerts.
RELATED ARTICLES
edmontonlive reviewthe belle game