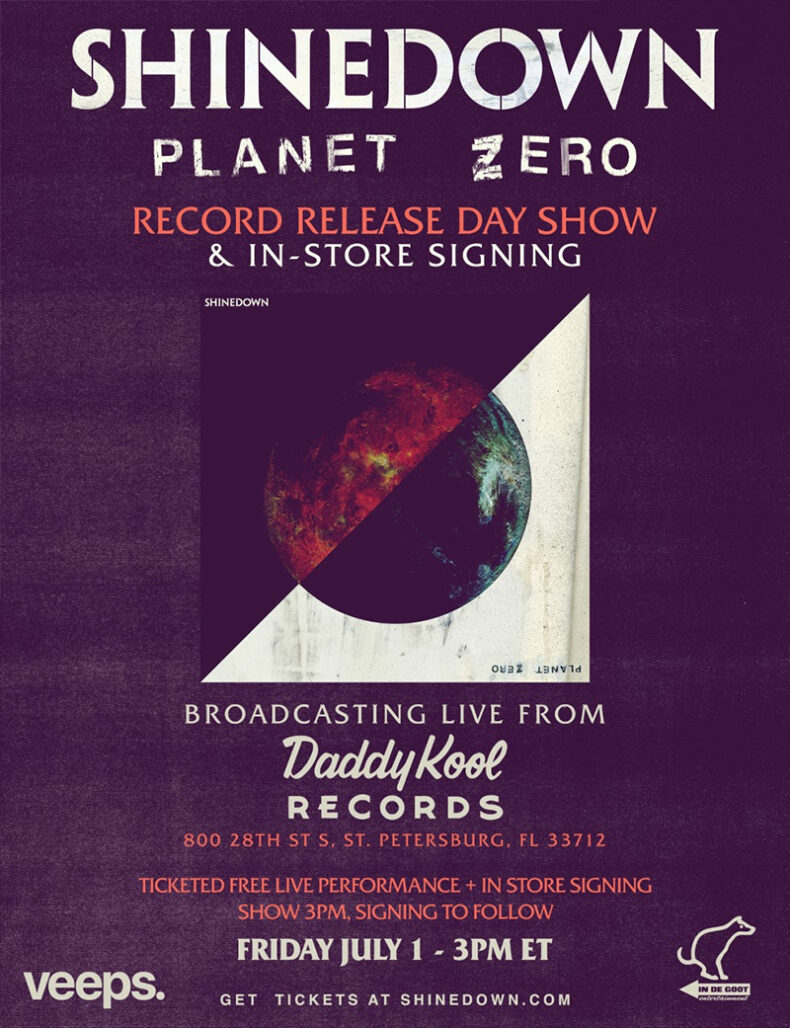 Shinedown celebrated their Planet Zero album release in St. Petersburg, FL on Friday July 1 with a free livestream event. They came for a dystopian society, ready to kick off their album release party. They got the crowd excited with the energy packed “The Saints of Violence and Innuendos” then moved straight into “Planet Zero”. Afterwards, vocalist Brent Smith welcomed the crowd with “By the way, we’re Shinedown. Welcome to the show. Welcome to the Album release. Welcome to Planet Zero”. He asked the crowd to look to their left, look to their right and shake hands and high five whoever they’re standing beside, because they are the reason for this. Brent shook hands with fans in the front row, even the camera man. They then continued the energy and played Threat to Survival’s “Cut the Cord”. 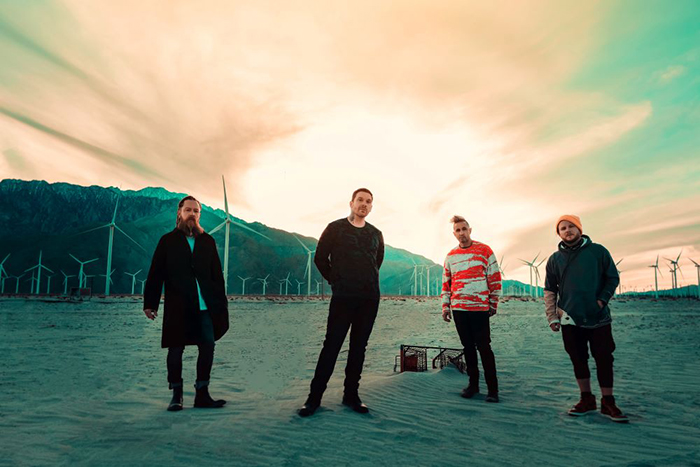 They slowed things down, and Brent gave an emotional explanation of where their latest single “Daylight” comes from. “We’re all in this together” he says. While the band’s bassist Eric Bass played piano, Smith gave an emotional introduction to Bass as the one who “took the weight of this record”, as he produced, engineered and mixed Planet Zero. They then dedicated “Daylight” to Doug McKean, who worked alongside Bass to produce and engineer the album. Guitarist Zach Meyers took the mic and again expressed how much Bass put into the record stating “by putting his mental health at risk, to make a record that helps you about mental health. It’s a very funny irony.”

They picked back up with “Second Chance” from the 2008 album The Sound of Madness, followed by a shoutout to Steve Robertson of Atlantic Records, who helped discover Shinedown nearly two decades ago, and the whole crowd to sing a very enthusiastic Happy Birthday to him. Smith then introduced the band before playing the energy pumping “Sound of Madness”. He closed with “Be good, be good to each other and may god bless you all. We’re just getting started. It’s never goodbye, it’s just ‘til next time.”

Melinda is a music enthusiast from the US who grew up on vinyl in the 70s and 80s. She's a lover of all genres, but rock/metal runs through her veins. Music is always in the background and in her head. Unfortunately, she has to have a "regular 8-5" job since "Professional Concert Go-er" doesn't pay the bills. Her bliss would be to follow more musicians and bands than "People she may know" on social media. Her ultimate long term goal is to be the old lady just enjoying the show down in front at the barricades at live shows. Her favorite quote is "Where words fail, music speaks".
RELATED ARTICLES
floridalive reviewplanet zero

SPILL TRACK OF THE DAY: LUXURY MANE – “HARD TO BE EASY”

by Giselle Hausman on March 25, 2016
The Range Potential Domino Records James Hinton, under alias of The Range, is a Brooklyn-based musician with broad sonic influences. His newest album, Potential – to be released March 25 – [...]