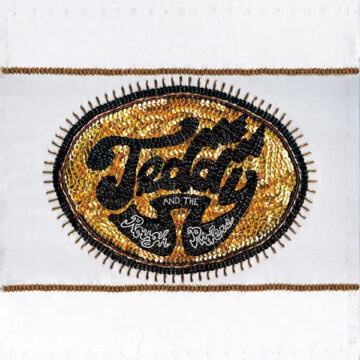 There’s quite a number of artists these days trying to recreate and combine the West Coast sounds of the late 60s and early to mid-70s. Some do or did it with more success (The Beechwood Sparks), some with less success (let us leave those alone), and some with a particular accent on combining the countrified sound of The Byrds, and more or less everything from The Grateful Dead.

Yet, many forget that both The Byrds and The Grateful Dead (as well as many others at the time) took quite a bit of inspiration from more or less any sound coming out of Nashville, giving it their own vision and spin.

Now, here comes a Nashville band, Teddy And The Rough Riders, who on their self-titled debut album return the favour. They try to look at the sound(s) coming from their city through their eyes, but, putting on a musical filter of those ‘classic’ West Coast sounds.

Oh, and they do it so well, combining Northern and Southern West Coast with all things Nashville that have any connection with rock music. And it seems that Margo Price, who produced the album, recognized all these elements in the band’s music, giving it both the psychedelic (“Livin’ In The Woods”) or country (“Bad Spot”) touches whenever they were needed.