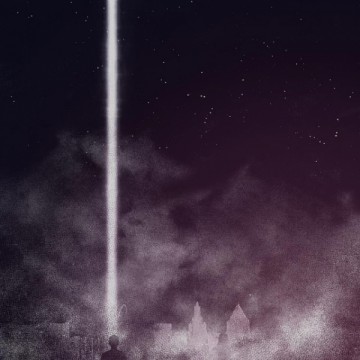 James Hinton, under alias of The Range, is a Brooklyn-based musician with broad sonic influences. His newest album, Potential – to be released March 25 – embodies the creative possibilities of our interconnected web presence. Potential exclusively uses the voices of people who posted themselves on YouTube. The Range wants to showcase these people, their stories, and ultimately their voices.

Not only is there diversity in this album; there is also a global aspect. The Range carefully selects a curated compilation of artists that want to show their music to a wider audience. The vocal samples used throughout this album open up another dimension of music, showcasing Hinton’s musical talents. “Florida” – the single on Potential, builds and swells around a steady beat that brings the whole Potential concept together. The range of sounds introduces the listener to some of the expressive YouTube artists.

The Range stated, “Every song tries to acknowledge a sense of vulnerability of difficulty in life, as well as an intense drive to cope with problems in ways that don’t drag you into the abyss.” So not only is this album’s concept super cool and innovative, it also serves as a learning opportunity and creates awareness around life issues. Don’t miss out on The Range’s album Potential – available in CD, LP, deluxe double LP edition, and digital formats.

Originally from Toronto, Giselle is exploring the worlds of entertainment and social change through a musician's lens. With a background in Environmental Studies and Music Business, she works to establish her own voice in the music scene.
RELATED ARTICLES
album reviewsdomino recordsflorida
9.0