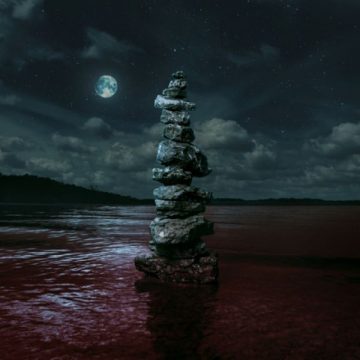 A headlining tour has come to a close. A little over a year after their 13th studio album Blood & Stone’s release, Sevendust has released an expanded version of it, Blood & Stone Deluxe, adding two newly recorded tracks and three never before released remixes.

In the past few weeks, the band has released one full remix and a taste of the other two. Remix “What You’ve Become” is done by former Ice Nine Kills member Justin deBlieck and features a great string arrangement. Periphery’s Jake Bowen did the “Dying to Live” remix, which doesn’t flow well in the middle of a hard rock album with the synth sounds and R&B feel to it, but if you hang in there, “Kill Me”, done by Richard Wicander of Fire From the Gods will take you right back to the sounds that Sevendust is known for. The band released snippets of “Dying to Live” and “Kill Me”.

“All I Really Know” and “What You Are”, the album closers are the last two of the five additional tracks. The two new tracks blend so nicely with the original tones and are a perfect way to wrap up this beautiful extended version.

Melinda is a music enthusiast from the US who grew up on vinyl in the 70s and 80s. She's a lover of all genres, but rock/metal runs through her veins. Music is always in the background and in her head. Unfortunately, she has to have a "regular 8-5" job since "Professional Concert Go-er" doesn't pay the bills. Her bliss would be to follow more musicians and bands than "People she may know" on social media. Her ultimate long term goal is to be the old lady just enjoying the show down in front at the barricades at live shows. Her favorite quote is "Where words fail, music speaks".
RELATED ARTICLES
album reviewalbum reviewsblood & stone deluxe
8.0