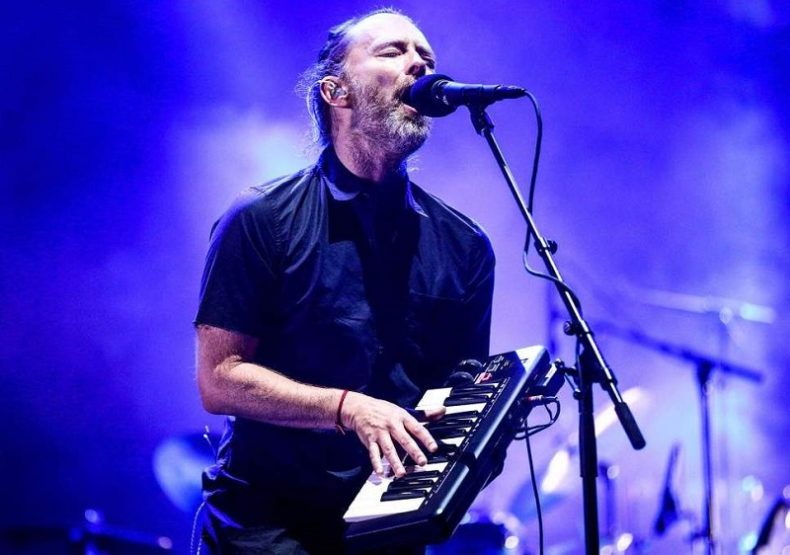 Radiohead have unquestionably been one of the finest live acts in music for years, commanding legions of support wherever they go. Despite being able to lay claim to an almost unparalleled discography of studio work, it is a testament to their artistry that they have garnered as much of a reputation for their live shows as the masterpieces that we know and love. In this sense, it’s hard to review one of their performances without repeating on the words of praise of many others. What makes it easier, however, is that no two Radiohead gigs are alike.

Radiohead’s first of two concerts at Montreal’s Centre Bell showed off their phenomenal range, going through a setlist of mellower, atmospheric cuts like Kid A, Bloom and Videotape that emphasised the band’s more emotional and gentle side. While that kind of track will hardly get the crowd bouncing up and down, the Oxford quintet (and their live performance companions) put the Montreal crowd in an inescapable trance, hanging on to every note and every word with anticipation and excitement. Thom Yorke hardly had to sing himself with the boisterous participation of the crowd being a constant (though it’s a good thing he did anyway!)

The band didn’t forget about their more energetic fans though, tearing through tracks like “2+2=5”, “Myxomatosis” and “Bodysnatchers” whose grooves are irresistible to move along to. Alongside more balanced tracks like “Lotus Flower”, “Everything in its Right Place” and “Exit Music (for a Film)”, the band managed to cater to all tastes while still crafting a unique atmosphere for this performance. Perhaps the most exciting part of all this is that anything could be on the cards for their second night, besides a repeat (of course).

The stage visuals were expectedly mesmerising, seeming to capture every movement of the band’s music with more ease than even the iTunes Classic Visualiser. Abstract patterns and textures weaved through live footage of the band’s performance without being overstated, yet still capturing the atmosphere and energy of each individual song and carrying the momentum between them. It was a welcome contrast to other comparable live acts like U2, Muse or Roger Waters that feel the need to embed their own heavy-handed messages into the visual experience rather than letting their music speak for itself.

Radiohead has always been more humble in their live performances than their peers, and Monday was as good an example as any. A typically simple stage setup, minimal distraction from the music itself, and a visible joy at being able to share their music with others stood in great contrast to the usual experience of a ‘rock’ concert. Though, admittedly, Radiohead has long demonstrated that their artistry places them far beyond the genre.

In short, there’s very little to add to what has already been said about the band. The only drawbacks of the performance were a result of the Centre Bell’s typically mediocre acoustics, but there’s little the band can do about that. Radiohead are more than reliable in their consistency as live performers and the variety in their performances, with their setlists for their current tour having included more than 60 different tracks from across their discography. If you like Radiohead, you should see them. If you don’t, you should still think about it.