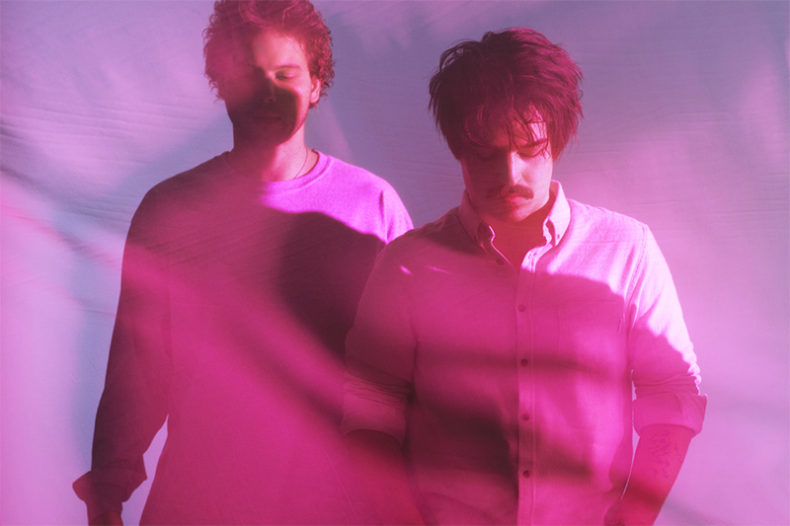 As with most concerts, there are few elements more important than the crowd. It doesn’t matter who is on stage, if they lose the crowd the joy is more or less over.

Luckily Milky Chance arrived to a crowd thirsty desperate to hear their music. The tension in the room before they hit the stage was thick.  From the opening note to the closing chord, the crowd belonged to Milky Chance. Screaming, dancing and waving, it’s hard to imagine a louder crowd at the iconic Lee’s Palace. Apologies to those upstairs getting their groove on at the Dance Cave.

The German group hit Toronto in support of their latest album Blossom, which was actually released the day before on March 17th.  For lead singer Clemens Rehbein, the show was special, as it marked the first time the group was able to play the songs live with the album out.

Thanks to a double drum set up, the pounding beats kept those watching, dancing all night long. In the sweat tinged air, strangers became close friends, even for a brief night, as everyone sang along to hits like “Down By The River” and “Cocoon”.

Accompanying the music was an intoxicating light show rarely seen at smaller venues like Lee’s Palace. Flashing, brilliant hues of pink, blue and green, it helped give each song a unique flavour and identity.

By the time the group went into their massive hit “Stolen Dance” during the encore, both the crowd and stage exploded. There is something so satisfying watching a band perform for a crowd that clearly adores them. It adds an extra element to the show, transcending the average concert experience. Many in the room clearly love Milky Chance and for them this was an unforgettable night. Milky Chance, for their part, did everything they could to live up to the fan’s expectation.

During the show Rehbien announced that the band would be back in the summer for newly added dates. It’d be a mistake to miss them on their return to the city.

Photographer by choice, writer by necessity. Since moving to Toronto in 2011 Morgan has become an active member of Toronto’s music scene. On any given night he can be found at various venues with his camera in hand. There’s nothing he loves more than exploring all the venues this wonderful city has to offer, discovering new bands and genres along the way.
RELATED ARTICLES
lee's palacelive reviewmilky chance