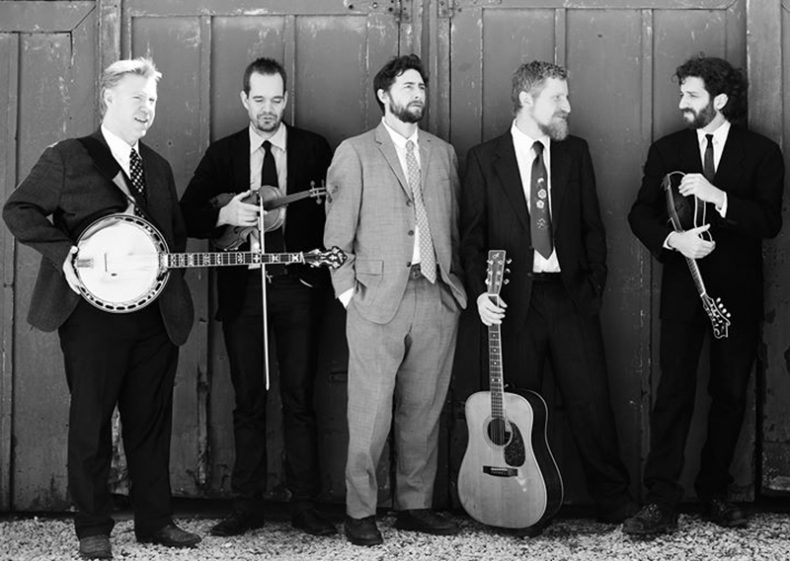 Like many University of Toronto alumni, my first taste of Bluegrass in the city began inside the red walls of the Silver Dollar Room, next door to the white-washed dilapidation of the Hotel Waverly. At the northwest corner of College and Spadina, I paid the $3.00 student rate, sucked back pilsners and soaked in the sounds as Crazy Strings commanded the stage. I returned every now and then, up to their farewell show last November.

Though Crazy Strings went through many changes in members over their nearly 20-year residency, The Foggy Hogtown Boys was the most recent incarnation, and the one I knew. The band features Andrew Collins on mandolin, Chris Coole on guitar, Max Heineman on acoustic bass, Chris Quinn on banjo, and John Showman on fiddle. Since they don’t perform in the city as often, I was thrilled to hear they were playing at Junction City Music Hall, a self’professed “basement dive bar” down Dundas Street West. With them came Jeff Scroggins & Colorado, and an audience filled with fellow musicians and toe-tapping, transfixed audience members.

On a stage of wooden boards and low-hanging yellow lights, The Foggy Hogtown Boys started things off. These bandmates all showed their vocal and musical chops, swapping instruments and switching lead singers. Their set ran the gamut with covers from the Carter family, Old-Time ballads, and a song from one of their recorded albums, Pigtown Fling. Their seemingly effortless playing reflects their mastery as musicians, while their command and preservation of traditional Bluegrass styles offers an escape into a sincerity of another era. 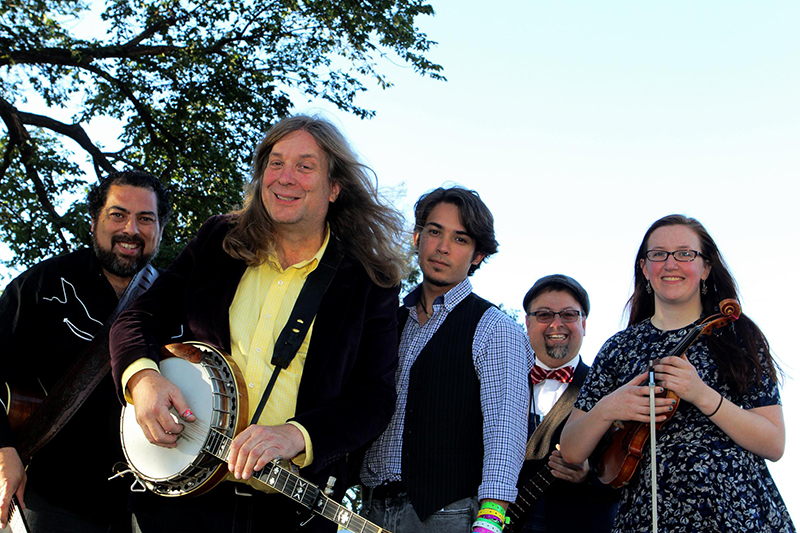 Jeff Scroggins & Colorado fired up the stage next. Featuring banjo champion Jeff Scroggins, his son Tristan Scroggins on mandolin, powerful vocalist Greg Blake on guitar, Isaac Calendar on bass, and Ellie Hakanson on fiddle and vocals, the five-piece set delivered with high energy and virtuoso playing. They performed songs from Bill Monroe, Hazel Dickens, Flatt and Scruggs, and Willie Nelson, among others. All were beautiful and captivating renditions. In keeping with the Bluegrass tradition as a Jamming genre, the band invited Chris Quinn for some double banjo. Other Foggy Hogtown Boys members joined in as well. At one point there were four banjos going at once.

When the songs slowed down, musicians and patrons danced with their partners to music of timeless feeling and grit in a basement filled with the lurid lights of pinball machines and arcade games. Local musicians with instruments tucked under their seats shared the stage in a four-hour evening of comradery, talented performers, and rambling high-octane energy.

Elizabeth is a Toronto via Caledon writer whose rural upbringing left a lasting love of anything with a banjo and an upright bass. She scours Toronto venues for both the musical talent and the beers on tap.
RELATED ARTICLES
junction city music halllive reviewthe foggy hogtown boys