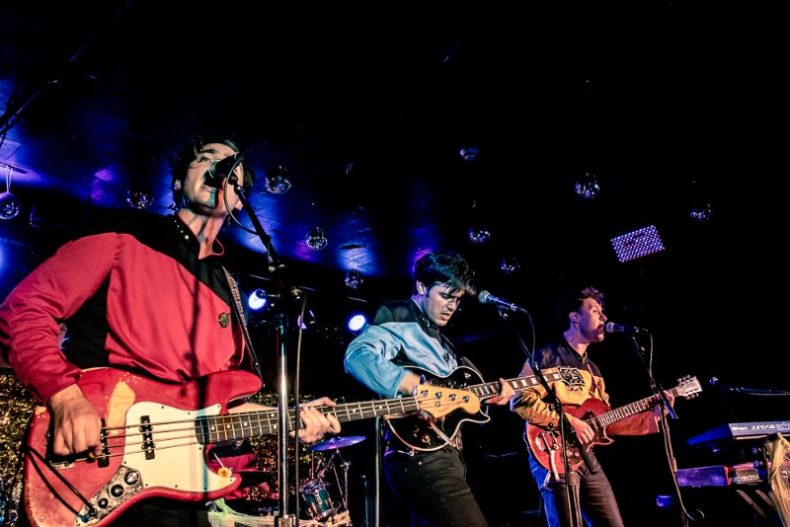 It was a chill Halloween night, but that was not going to stop Jane’s Party warming things up at the Legendary Horseshoe Tavern. The band is currently touring in support of their latest album, Casual Islands.

The show got off to a start with costumed openers Side Hustle and Vancouver-based  FRANKIIE. Both bands showcased their wide range of rock music and powerful vocals, getting the crowd moving throughout their whole set.

Jane’s Party then took the stage, sending the audience into a frenzy, as they opened with their latest single, “Straight From The Heart”, a catchy, pop-rock tune. They reacted immediately to the audience’s energy, as they moved and jumped to the music while performing a few guitar solos. Drummer Zach Sutton was full of energy throughout the entire set, impressively keeping up the pace. Band members Devon Richardson, Tom Ionescu, and Jeff Giles take turns on lead vocals as they showcase the multiple talents in this band. They continue to perform fast-paced songs to keep the crowd moving, including as “Satellite,” “Ciggy Buzz,” and “San Francisco.”

Jane’s Party brought out their close friends and members of Side Hustle and FRANKIIE to perform covers of Stevie Wonder’s “Superstition”, Duran Duran’s “Hungry Like The Wolf”, Warren Zevon’s “Werewolves of London”, Talking Head’s “Psycho Killer”, and Eagles’ “Witchy Woman.” It was a night that felt like a celebration of rock ‘n’ roll, and the audience sang along to every word of these classic hits. This is a show you don’t want to miss.

Andrew is an aspiring photographer hailing from Toronto, who is currently in his final year at OCAD University. Ever since he took pictures with his old iPhone at an Imagine Dragons concert in 2018, it began his goals and dreams to pursue a career to photograph live music, and to work in the music industry. He loves concert photography because it combines his passion for photographing memories and listening to music. His favourite genres of music are pop, electronic, and alternative rock.
RELATED ARTICLES
frankiiejane's partylive review

SPILL TRACK OF THE DAY: FRANKIIE – “GLORY ME”