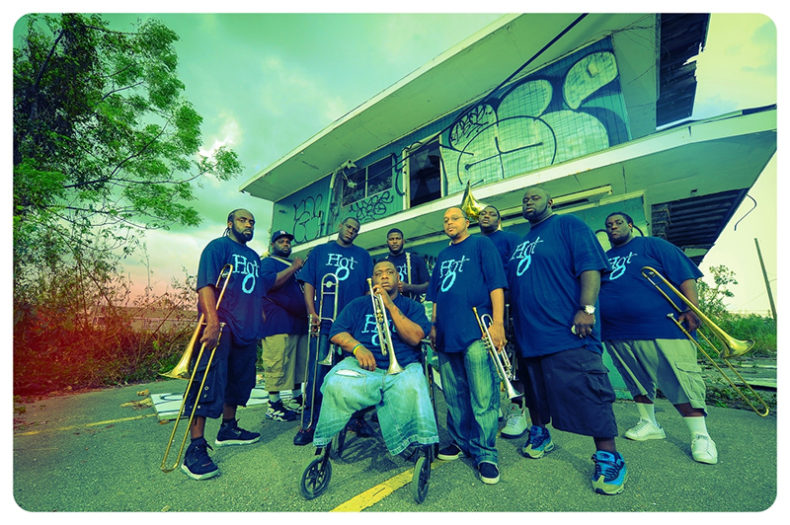 At its concerts, the Grammy-nominated Hot 8 Brass Band inspires collective bliss and sweaty, euphoric dance sessions. The New Orleans-based band brought a frenzy of excitement to Newcastle upon Tyne as part of their European “Take Over” tour, causing temperatures to rise and knees to bend—a guarantee for an amazing show.

When I entered the venue, I was welcomed by the support band, Chronotic Brass, who was already working to establish the atmosphere; it provided a splendid prelude for the headliner, managing to gather the crowd around the stage and impart some of the contagious felicity that defined the night. 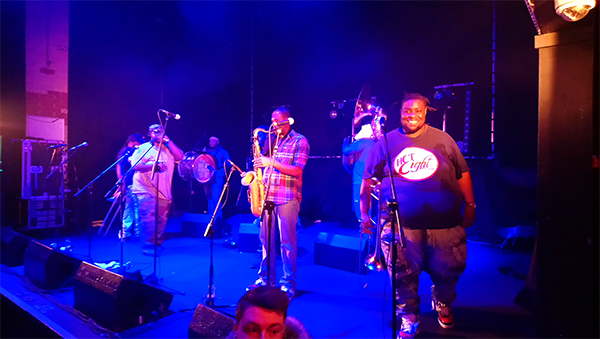 As the members of the Hot 8 Brass Band took their places on stage with their magical instruments, the aura grew denser as it was shaped by their calm but elated presences. It was clear that they had one sole mission for the night: to celebrate life and subsume everyone in a parade of joy and soulful music. The cheering was well-deserved.

The singing and dancing commenced in the crowd with the first beat of the drums. Jazz, funk, and hip-hop beats were blended easily by the heavy instruments. Somewhere between “Love Will Tear Us Apart” and “Sexual Healing”, every single person in the venue was letting the groove speak through their bodies and dancing with one another. The Hot 8 Brass Band is famous for street parade shows, and it truly embraced Louisiana’s freedom-of-the-soul spirit in Newcastle upon Tyne. Towels covered the members’ shoulders to absorb the sweat from their boundlessly energetic brass indulgences. I wish I had one too. 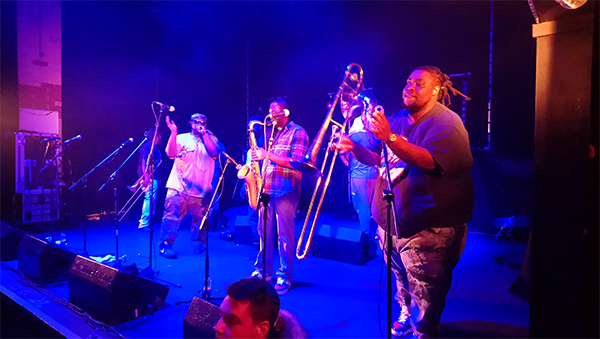 Bandleader Bennie Pete encouraged the audience members to move up and down and wave their hands from left to right, and when the band played “Get Up”, everyone seemed to be floating in the air in ecstasy.  He even synchronized the voices of a thousand people, so that they all sang together on “Get on Nut”, allowing the band to enjoy the atmosphere it had created.

Of course, they played the funky, emblematic “Ghost Town”, which transcends the history and the soul of the band. For the finale, The Hot 8 Brass Band struck a smoother tone with the immersive reggae of “Rastafunk”, which left everyone in a lovely haze and absolutely amazed.

The Hot 8 Brass Band’s European tour continues until the end of February and is accompanied by the February 22 release of Take Over. Be sure to join the parade and spread the love.

Eleonora (a.k.a. Ellie) is a freelance music writer. Her work is dedicated to exploring the intersections between sound and culture. At the moment she is embracing the digital nomad lifestyle, while travelling the world and documenting the music and cultures she encounters.
RELATED ARTICLES
hot 8 brass bandjoy divisionlive review
8.0