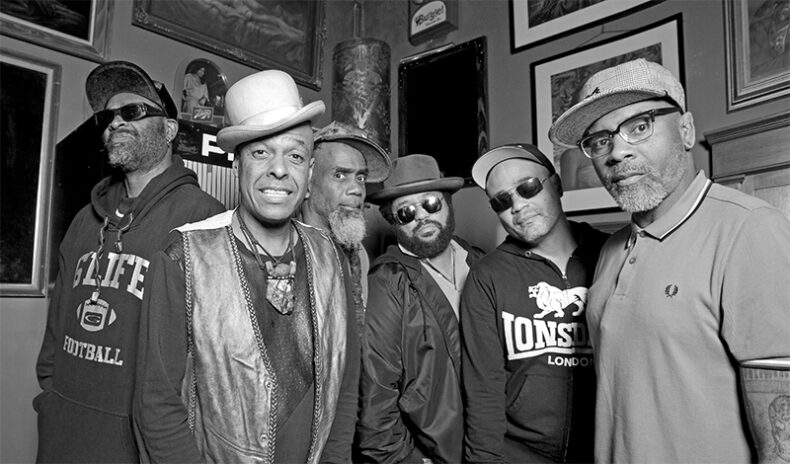 Los Angeles alternative rock icons Fishbone have made their long-awaited return to Toronto. Performing at The Phoenix Concert Theatre, with openers Action/Adventure and Too Nice, the ska innovators’ return comes almost exactly seven years to the date of their last stop in the city.

Starting the night off was local reggae ska trio, Too Nice. Hailing from Wasaga Beach, , Too Nice created a lively energy with only a keytarist – who also picked up a violin – bassist, and a singer on the acoustic guitar performing over a drum machine. Creating an all-fun feel, the group’s brief set was accented with the lead vocalist trading his guitar for a trombone and when the bassist jumped into the audience.

Up next was Action/Adventure, a melodic hardcore band that took the filling audience by surprise. The band delivered a visceral performance that saw strong melodies soar above breakdowns and a thick wall of distortion. The band was a tight unit as they moved through rhythmic passages with ease. It’s also worth noting that their merch included hot sauce; yet another sign that this up-and-coming band from Chicago is innovating and hustling as hard as their riffs.

Taking the stage long before the band’s set, Angelo Moore graced the packed audience with a spoken word about the experience of touring in a van. Wearing a two-piece suit adorned with the classic Batman logo, Moore separated verses with a wave of the hand against his Theremin. When he left the stage, the tone for the night was set: art for the very joy of it. When Fishbone did take the stage – featuring Moore on lead vocals and an arsenal of saxophones, Walt Kibby on vocals and flugelhorn, John Norwood Fisher on bass and vocals, Christopher Dowd on keys and vocals, John Steward on drums, and Mark Phillips on guitar and vocals – they opened their set with the horn driven melodies of “Unyielding Conditioning”. The laid back, reggae feel, infused with elements of up-tempo ska immediately sent a wave of euphoria throughout the venue. Fishbone was here and they brought a vibe that was one of a kind. Beyond the party they were having onstage, the musicianship and chemistry in this band was incredible.

Over the course of the next two hours, Fishbone performed a massive, twenty-four song, career spanning set, all of which seemed to be fan favorites. I’ve never seen an audience as enthralled with a band, but then again, I had never seen Fishbone until now. Their performance was an invigorating and soulful display of musical joy as the band ebbed and flowed through pop, rock, reggae, punk, ska, R&B, and jazz effortlessly. With Angelo Moore dancing across the stage like only he can, singing with a sense of true reckless abandon and “Dirty” Walter A. Kibby II sauntering across the stage, dick mic (look it up) and horn in hand, the two front men simply embodied a sense of raw, uncut coolness. As their performance fluxed between laidback to hard-hitting, the band remained incredibly tight with John Norwood Fisher and John Steward shining as a stellar rhythm section. Furthermore, the layered vocal harmonies – with, at times, five voices singing at once – brought a rich gospel tone to the music. Highlights from the show included “Ma And Pa”, “Bonin’ In The Boneyard”, “Black Flowers”, and “I Like To Hide Behind My Glasses”. Additionally, the band returned, performing a scorching, four-song encore that, in itself, was a masterclass in musicianship with “Subliminal Fascism”, “Behavior Control Technician”, “Freddie’s Dead”, and “Sunless Saturday”.

Truly, there is no show quite like a Fishbone show. Over 40 years deep into their career, this is a band that still gives it their all, leaving everything on stage, just to prove their worth as one of the greatest bands to emerge from the alternative scene of 1980s Los Angeles. Criminally underrated, Fishbone are in a class of their own, a cut above most, with a spectacle of a performance that delivers high energy and powerful musical moments. All in all, don’t sleep on this band, Fishbone is worthy of legendary status, and then some.

A passion for music has always been a part of Gerrod’s life. As a young boy, he was raised on a steady diet of the music from The Chili Peppers, Aerosmith, The Stones, Prince, and others from his mum. Raised in the GTA, Gerrod continued to foster his love for music by attending a wide range of concerts and learning the drums. His unapologetic passion for music has no bounds and has spread to a wide variety of styles, whether it be the 90’s rock that sound tracked his teenage years, the jazz he studied in university, or his newfound love for hip-hop. He recently received his bachelors in music and education from York University and is passionate about writing and reviewing good (and less than good) music. Gerrod is also the drummer and songwriter for a Toronto based rock & roll band, One In The Chamber.
RELATED ARTICLES
fishbonelive reviewthe phoenix concert theatre