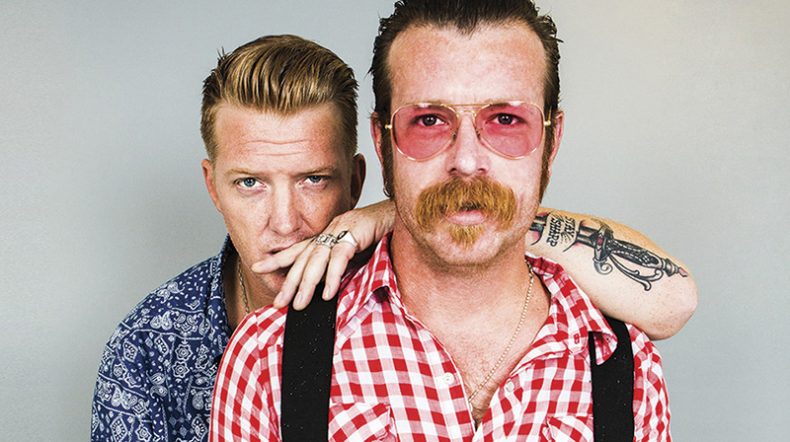 Eagles Of Death Metal + Death From Above 1979

A brisk breeze roles over Hammertown as we arrive at the Hamilton Convention Center. We check our tickets, grab pizza buns and head further inside to check out the venue. The beer lines are long and the merch lines are longer as people buzz around the lobby in excitement. We watch from the back door as TurboWolf finishes there last two song sand the next band prepares sound check. We grab a beer as tons of fans herd themselves into the giant concrete gymnasium that is the HCC. The large echoey room stretched larger then the stage as people huddle around. We head up the left side and slip into the crowd.

After a brief chat the lights activate and the Eagles of Death Metal come out. The crowd cheers wildly and the band jump into their first song, “ I Only Want You” with its extended course that the crowd sings along too and gives applause breaks. Jesse brings a high energy presence to the stage as strums aways on his guitar and dances around the stage. Some appreciate banter follows as he encourages cheers from various sections of the audience before breaking back into theirs next song, “Don’t Speak (I Came to Bang)”, “Complexity” follows. Because of the wide open room the stage lights often hit the audience lighting up the excited fans. They draw attention to the set up light up the audience once more and express their gratitude for the fantastic show. Jesse tells a quick anecdote and leads in to “Whorehoppin” as the audience chants “Shit, Goddamn!” In unison.

By this point Jesse has put on a eccentric southern minister role encouraging the audience to sing and amen along with him. Jesse’s show man ship really shines through as he consistently interacts and dances around the audience from one side of the stage to another. The Band never allows the gaze of the on lookers to wander with their various stylings and instrument flourishes. The song “Silverlake” plays as the lyrics poke fun of trendy hipster youth culture. The preaching continues into a Duran Duran cover “ Save a Prayer”. The audience is fully along for the ride as the various band members stage moves are in full effect as they show off there stuff on various spots around the stage. A few miniature circle pits break out as the chorus hits but pitter out not long after. The show begins to come to a close as they announce their last song “Speaking in Tongues”. Its loud and all over the place containing a solo from all the members of the band. After a booming finish all the members and a few of the stage hands line up, give a bow and head left stage. The crowd roars in a frenzy having seen an excellent EODM performance seamlessly played out across the wide stage. 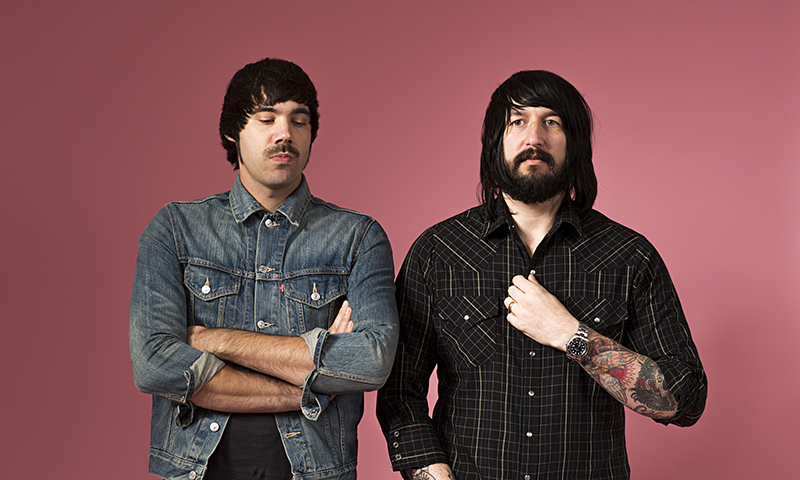 The crowd shifts as people hit bathrooms and drink lines as others scootch up to get a better spot. After a brief break the lights set and Death From Above 1979 hit the stage to immense cheers and hollers. These Toronto boys have a solid reputation of putting together a heavy, fuzzy high energy show. They open with “Right On, Frankenstein!” As the crowd bobs there heads along to the drums. They have a 14 song set which splits 8 songs from each of their two studio albums. They blast through there songs as the powerful bass rattles through the concrete box were all vibrating in side off. The concert peaks when “You’re a Woman, I’m a Machine, Going Steady, Black History Month” and “Trainwreck 1979” play one after the other as the crowd is dances and jumping about the room as the cheers fight with grainy guitar distortion and booming kick snares cutting through the room.

They end the madness with “The Physical World” a thunderous piece that rattles the walls as audience members dance and thrash around. The end with a bang wave and head of stage as cheers and encores arise from the fans. After a brief chant DFA hits the stage a second time thanking the crowd and begin playing “Sexy Results” followed by “Pull Out” they are well received another exciting finish and there off the stage as the audience cheers wildly and all thats left is the buzzy hum left in your ears from the bassy beat down. We funnel out in awe as the show comes to an end as an uncontrollable smiles spread across the leaving fans and the night comes to end. But not before some delicious beer and tacos down the street to relive what we just experienced.