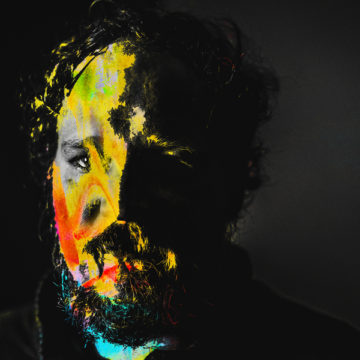 Sometimes, no matter how good you are or how hard you try — or both — you just have an extremely hard time making it. It can be any reason or combination of them: too little exposure, too much exposure, too much stuff fighting for the ears of the listeners, whatever. At times, you don’t even reach a status of so called cult figures. Just little scratches here and there, and possibly a pile of great reviews. Usually, you can keep them framed on your wall or on your hard drive somewhere.

At the moment, that is where Maryland’s Michael Nau finds himself. He’s been around for a while, ten years, more or less. A pile of great, really great albums as either Cotton Jones Basket Ride (one), Cotton Jones (two albums and an EP) and two brilliant albums under his name – Mowing (2016) and Some Twist (2017). And now he comes with another great (EP) effort – The Load.

As Nau says himself, it is tracks that did not make it as such to either of his albums (mostly the second), at least not in this form. Some musical snippets did get into other songs on Some Twist.

I don’t know, if these are Nau’s leftovers or afterthoughts, what should other musician’s say – some would kill to have some of these seven songs on any of their flagship releases! On all his releases Nau has this easy flowing music that just pours out of the speakers unassumingly, but always tend to grab you unexpectedly at the same time. It just creeps in, presents its musical and lyrical image, and then simply leaves to be succeeded by the next one.

Supported by his wife/keyboard player/,vocalist Whitney McGraw and a cast of various others, most of these songs were pieced up over a weekend (“Big Wind, No Sail” and “Diamond Anyway”), ,live in one take (“Looking for a Crack” and “Old Door”), or in a similar manner with very little additions. Still, Nau comes up with some great music, this time with a bit of a soulful tinge (“Sure It Can”, “Diamond Anyway”). Maybe that is what he had in mind when he said they don’t fit on the previous album, since it has nothing to do either with their quality or the quick recording process.

I’ve no idea whether Michael Nau will get the spotlight, or at least a cult(ish) status. He deserves them both, and The Load is just a bit more proof of that.

Formerly a lot of things, including a journalist and a translator, currently a freelance writer living in The Netherlands.
RELATED ARTICLES
album reviewssuicide squeeze
8.0