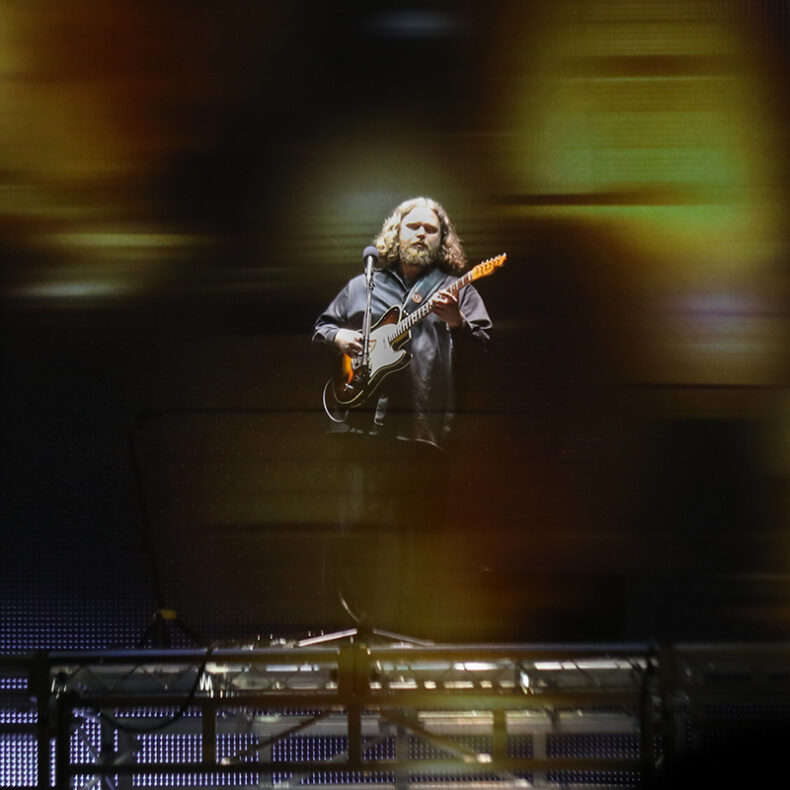 The amalgamation of Alt-J’s and Portugal. The Man’s psychedelic rock sound became a highly anticipated show when the tour was announced last September. The result? The event of a millennium as the tour poster suggests and one of the most socially conscious shows around.

Hitting all the large arenas, the bands finished their long-winded tour at Toronto’s Coca Cola Coliseum on April 17. The opening act Cherry Glazerr took to the stage with bold intent warming the audience up with songs like “Rabbit Hole.” While their talent did not go unnoticed, they played to a small crowd of early concert goers.

Prior to Portugal. The Man’s set, they welcomed members of the indigenous community to acknowledge the land Coca Coliseum stands on. Following the acknowledgement, a hilarious two-min Beavis & Butthead clip played in which the characters decided that the band ‘sucks’ so much, that it is actually the greatest band in history- better than The Beatles, The Rolling Stones, and almost better than Pantera. Setting themselves up as masters, they did not disappoint. They took psychedelia to a whole new level with abstract art and kissing robot visuals to bicycle riding and an impressive lightsaber-like setup. They made the stage theirs, kicking the show off with a mashup cover from Metallica, Pantera, and Slayer.

Before finishing with their hit song “Feel it Still” and a snippet of Pink Floyd’s “Another Brick in the Wall”, the band played an array of classic rock covers from Nirvana to The Beatles, lending well to their highly unpredictable and perfectly chaotic set.

While “Feel it Still” has hit the Billboards, it’s clear Portugal. The Man has stayed true to itself both musically and politically, at one point displaying the call out “War is a crime against humanity. Free Ukraine, free Yemen, free Afghanistan, free Ethiopia. Global Ceasefire” behind them.

The same might be said about alt-J. On a raised platform positioned inside a box screen, the trio of Joe Newman, Thom Sonny Green, and Gus Unger-Hamilton played their set while eerie images of earthen materials and post-apocalyptic scenes danced around them. While it started off this way, the set ended with the band seemingly being submerged under water–all an excellent addition to the captivating music they played enticing the crowd to be truly present for the experience. If there was an award for doing the least while also doing the most, alt-J would win it.

During the encore, the band appeared behind the Ukrainian flag, sharing their distaste for war and shouting “F**** Putin!” before playing their popular 2014 jam “Left Hand Free” causing the audience to go wild.

While the tour has come to a close and left everyone craving more from both alt-J and Portugal. The Man, both bands released new music in February worth checking out. With incredible performances and top of the line production, this show was a night to remember.

SPILL WRITERS strive to keep our readers up to date with news and events in the music industry. We keep you informed of the most recent information regarding new releases, tour dates, and information items about your favourite artists.
RELATED ARTICLES
alt-jcanvasbackcherry glazerr