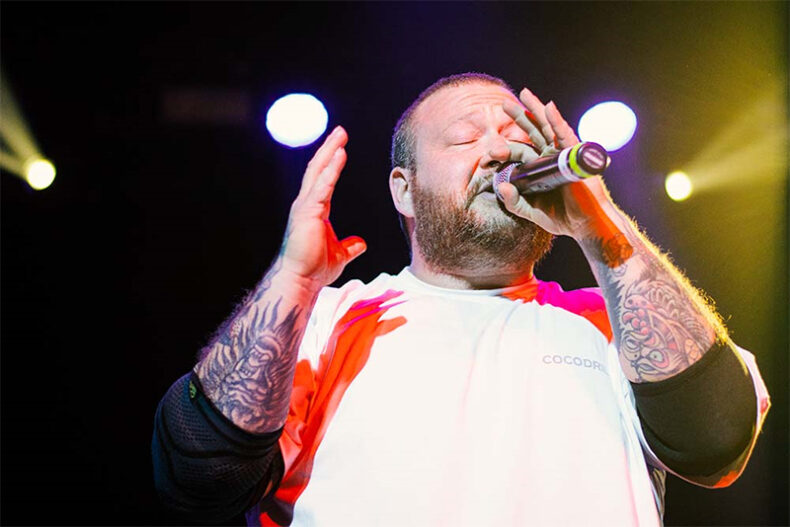 This collaboration tour I must admit, I never saw coming. While both artists had their come up around the same time, they both have wildly different sounds, though they both share a great humour when performing. I guess you could see opposites work well together in this situation.

The show opened with up-and-coming artist Boldy James and established veteran producer The Alchemist. Right out the gate, the crowd was introduced to the positive energy that would dominate the rest of the night. Boldy & The Alchemist found themselves riffing with the crowd between songs, never shy to tell a joke or encourage fans to have the time of their lives that evening.

Earl Sweatshirt has a unique performance style, and for those that know his music, it has a more mature, sometimes depressing tone and lyrics, often talking about the struggles of artist in his daily personal life. The energy level however would never let you think that, as he has a harder or more aggressive tone.  Between the songs, he engaged in his usual humour fans have come to love, from stopping his show to enjoy his last gummy worm to informing the crowd in detail how his DJ was barefoot on stage.

Action Bronson is truly a beast on stage. I don’t know many MCs that can hold a crowd in such a tight grasp. All it took was for him to raise his fist as he walked out to have the crowd light up with excitement. His vocals pack a punch that can get anyone’s head popping along. You can tell he is having the time of his life, performing songs from his newest project Cocodrillo Turbo; the album has a unique use of animal noises to punctuate songs and his DJ didn’t shy from blasting as many noises from the animal kingdom as possible throughout.

A fantastic night overall and one of the most fun hip hop shows I’ve been too in a long time.

by Stephen Lussier on April 29, 2022
Action Bronson Cocodrillo Turbo Atlantic Records I always found Action Bronson was victim of his own success. His diverse portfolio of talents has caused his music to seemingly take a backseat to his other passions. This isn’t due to lack of [...]