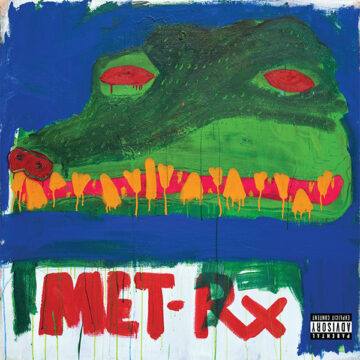 I always found Action Bronson was victim of his own success. His diverse portfolio of talents has caused his music to seemingly take a backseat to his other passions. This isn’t due to lack of quality music, but that his other pursuits seem to take center stage to his music. I always found myself looking forward to his next album but I’d be lying if I didn’t find myself talking about his life as talented chef with friends more often than his music. I mean, with a cooking show called “F*CK That’s Delicious’’, I don’t know how you could talk about anything else.

Cocodrillo Turbo perfectly mixes the rock-influenced rap we know Bronson for, with some of his most outrageous production I’ve heard in a while. Animal sounds and roars are used throughout the project to bring an extra punch to each track. It sure put a smile on my face.

If you are an Action Bronson fan, this will surely please and only serve to further this talent’s legacy.

This Toronto-based artist has worked as a photographer, graphic designer, web designer and motion-graphics designer for the better part of 25 years. His love of music both old and new shines brightly through his dedication to The Spill Magazine as Editor and Creative Director.
RELATED ARTICLES
action bronsonalbum reviewalbum reviews

by Mac Downey on May 9, 2022
ACTION BRONSON & EARL SWEATSHIRT w/ BOLDY JAMES & THE ALCHEMIST @ HISTORY, TORONTO MAY 9, 2022 This collaboration tour I must admit, I never saw coming. While both artists had their come up around the same time, they both have wildly [...]