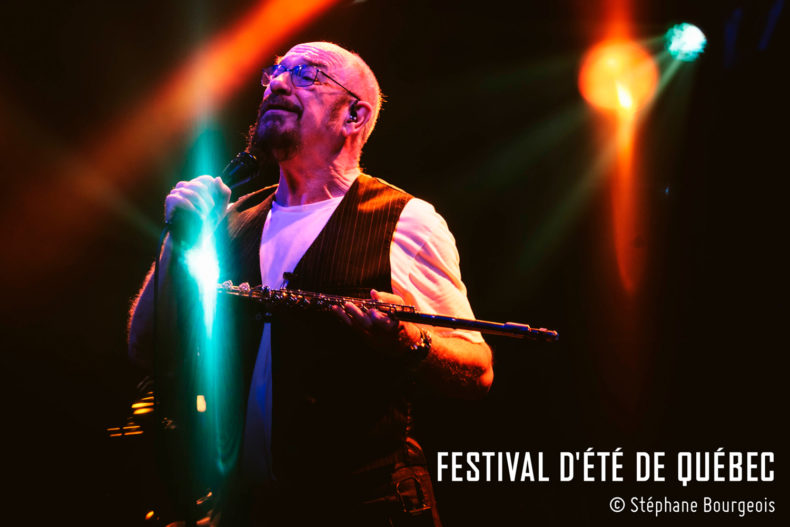 Yamantaka//Sonic Titan have described themselves as “Noh-wave”. Unfortunately the effect they had opening for Jethro Tull on day one of the FEQ was “no waves”. Their somewhat lackluster performance left them in a position of being pretty much ambient music for an audience securing their place in front of the stage waiting for Jethro Tull. A confusing performance to say the least – there was both too much going on here and too little.

It was difficult to ponder the pairing of these two bands on one bill, but the art collective considers themselves a prog-rock band, which might explain the match. Throw into this mix the sci-fi world story development, the indigenous and buddhist themes, their simple pattern of repetitive neighbouring bar chords climbing up and down the guitar neck, the visual glam, and musical genres that are all over the map (this is no doubt not the first time YT/ST have gotten this feedback), and the audience is left with a bunch of puzzle pieces that just don’t seem to fit together to make an entertaining and cohesive performance.

Though it is impossible to narrow Yamantaka//Sonic Titan down to one genre, or to simply define them period, that in itself would not justify the lack of energy put into tonight’s show. Maybe it was the searing heat of the deadly heat wave, but there really was very little zest in tonight’s performance. Perhaps not the best fit for the aging die-hard Tull fans who had come out to see the legends celebrate their 50th anniversary, but there would have been the perfect chance to win over a whole generation of prog fans had there just been a little more stage presence in their performance. 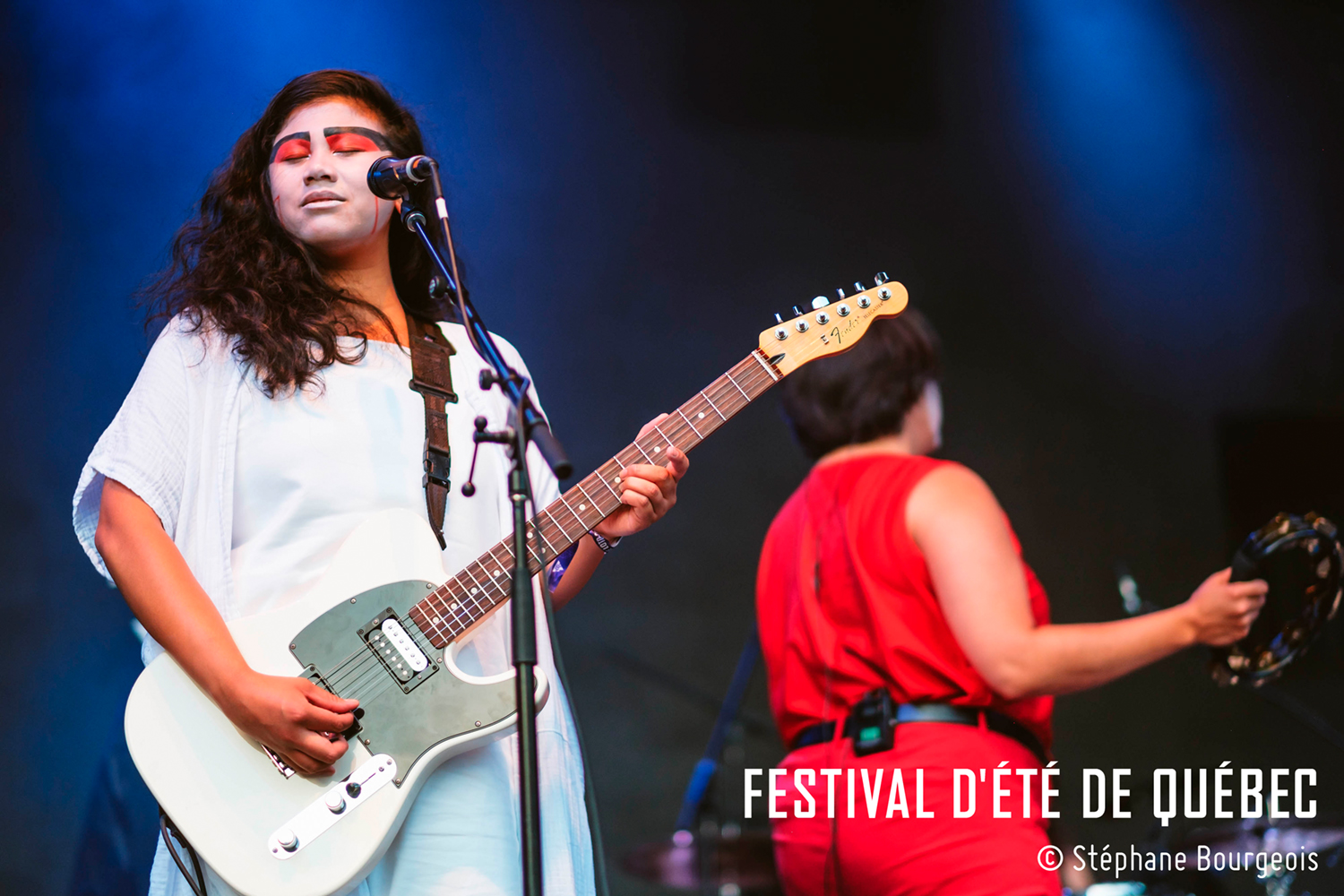 Jethro Tull is one of the classic rock bands of the last five decades still clicking its heels together, and yes, just like many from the era, we are down to one original member. In this case this happens to be the relentless charismatic force of Ian Anderson.

The band is celebrating its 50-year anniversary, and to help tie their history together, topical video messages were projected on the big screen featuring most of the past members as an introduction to each song, including former guitar player Tony Iommi from Black Sabbath.

Appropriately enough, Jeffrey Hammond, former bass player, introduced “Song For Jeffrey. “Dharma For One” featured a “small” drum solo from Scott Hammond. “A New Day For Yesterday” delivered its blues-heavy riff, just like it sounds on the album Stand Up. “Cross Eyed Mary” did just the same, leaning into a heavy direction once again, until a shift took place to a more classical sound, as with Sebastian Bach’s “Bourrée in E Minor”, guided by immaculate flute playing by Anderson, along with his acrobat-like hand gestures and stances, including his signature one-legged pose.

Towards the end, we comically see Slash on the big screen introducing “Aqualung” —  he seems to be appearing everywhere these days. The video accompanying the number featured an actor who appeared to be portraying a younger version of Anderson (including lip synching to the original isolated vocal track), which created in essence the 71-year-old Anderson singing a duet with his younger self.

The show wraps up with “Locomotive Breath” as the encore. The audience was treated all evening to a mixture of visual media, great musicians, and charming degrees of swagger in their stage presence, and of course, especially that provided by Ian Anderson himself.

Jethro Tull, congratulations on 50 years. We thank you for coming out. 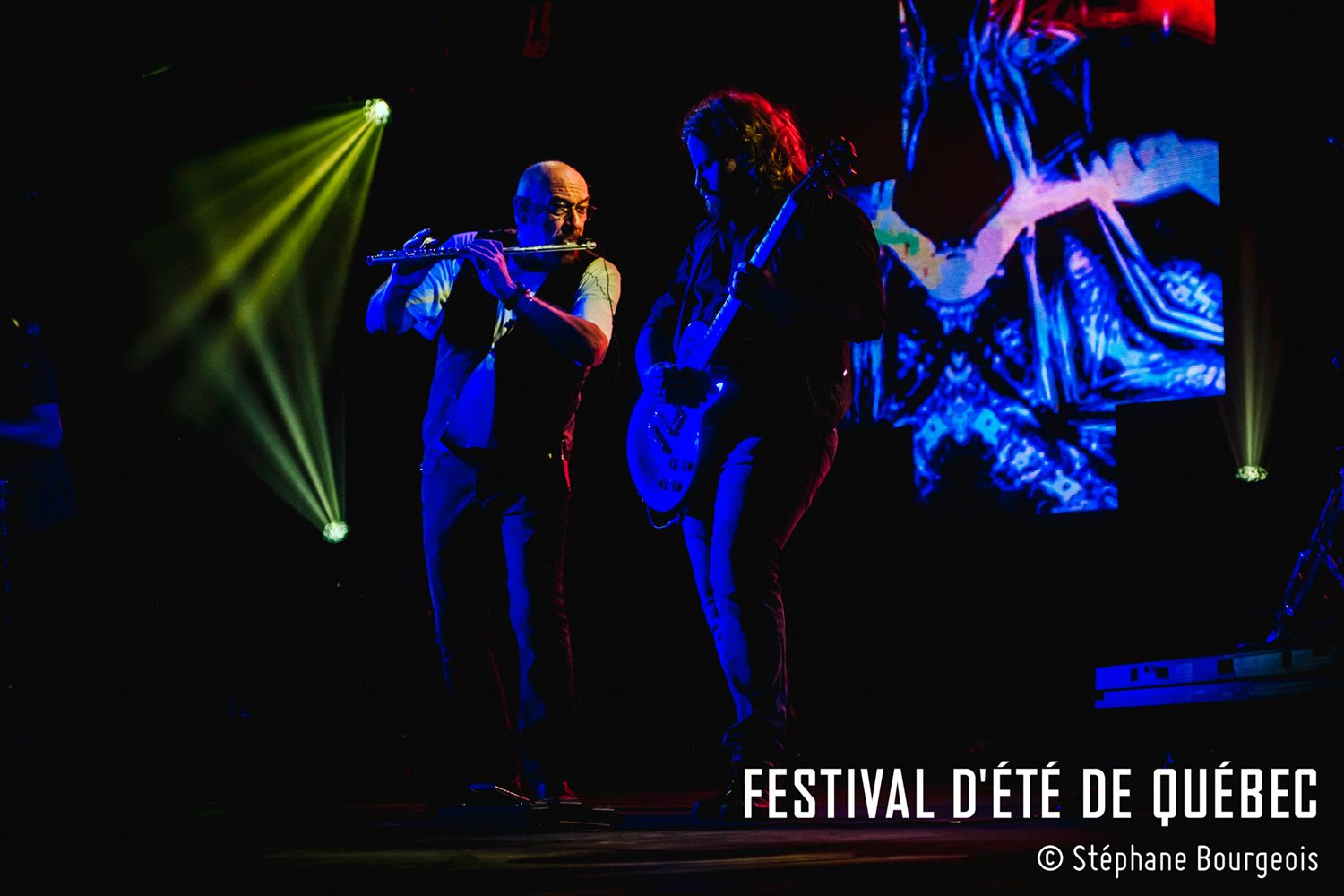