WHY THE HELL NOT

A CONVERSATION WITH MIKE McDONALD OF JR. GONE WILD

“Ford tried to throw me out of the van while we were on the highway between Montreal and Halifax. He had me halfway out the van, and my head was on the trailer hitch. Our sound guy was driving and he didn’t realize that the back door was open. If we had hit a bump, me and Ford both would have gone out… Came close to dying there.”

That was then, but this is now.

It’s been a while since Jr. Gone Wild embraced life as a touring band, with all its attendant challenges. But that’s about to change this month, as the Edmonton-based alt country pioneers set out for a tour of select venues in Québec and Ontario. Dubbed the “Why The Hell Not” tour, this series of dates sees the band venturing outside their native Alberta for the first time since the mid-1990s. On the eve of this tour, founding member Mike McDonald notes, “A confluence of various elements came together, and this idea came up. Steve (Loree), our guitar player, did a lot of hard work putting it together. It became feasible, and we decided to do it. It’s called the ‘Why The Hell Not’ tour, because that’s kind of the motivation: Why not?”

After an active and prolific early career featuring five studio albums and one live recording, countless shows and more than a few personnel changes, McDonald re-formed the band in 2013, with Dove Brown (bass, vocals), Steve Loree (pedal steel, guitar, vocals), and Larry Shelast (drums). Of the band member changes over the years, McDonald recalls, “I guess the first time somebody left the band we were probably confused and devastated… So many people went in and out. It was usually a lead guitar player would come in and be around for a couple of years, and develop their own ideas, and take off and make their own band. That’s what usually happens.” 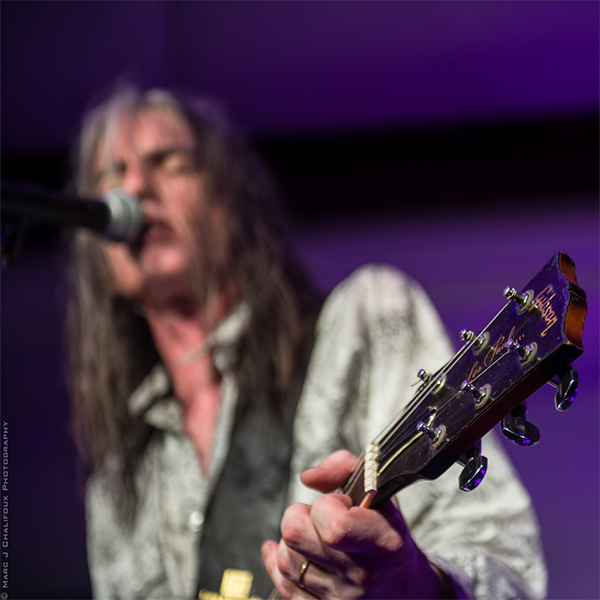 The current lineup of Jr. Gone Wild has been rock solid for the past five years, and the band is eager to take their music to the people. “We’re looking forward to it. A lot of places we’re going to on this trip are places we haven’t been to since we got back together. Out west, in Calgary and Edmonton, we’ve been really well received since we got back together. So the gigs have been great. We’re looking forward to saying ‘hi’ to everybody back east, and showing them what we’ve got.”

Although Jr. Gone Wild is not out in support of an album this time out, McDonald hints at an impending new recording, “We’re kind of writing one. Things don’t go as quickly as they used to. We’ve been writing songs, and we’ve got a bunch of new ones. We still need a bunch more to start putting an album together, but that is the goal, to put a record together.” The band released the single “Barricades (The Hockey Riot Song)” in 2015. “That’s one of our new ones. We did record a couple of things about three years ago. “Barricades” is Steve Loree’s tune. We recorded that and a couple other things, and put that one out on iTunes.” For now, fans will have to be content to catch the band live, and be patient for the arrival of a new album.

Looking back on Jr. Gone Wild’s early days, and their work through the 1980s and ’90s, McDonald muses, “A lot of our career was pretty challenging. In retrospect, I don’t know if I regret anything. It was a journey, right? It got me where I am now, and the big difference nowadays is we’re not uptight anymore. Back in the day, we all had to be the centre of attention. Now, nobody wants to be the centre of attention!” 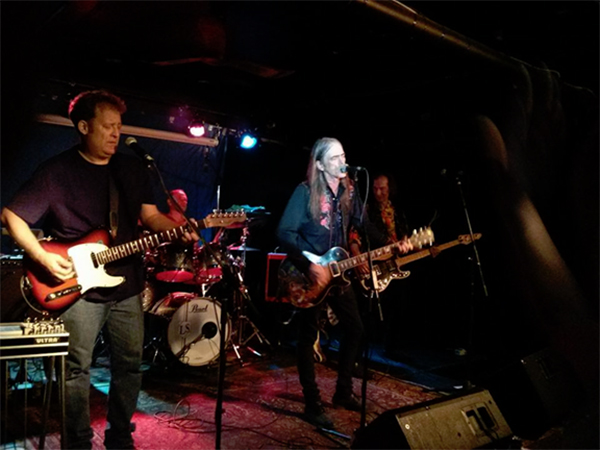 As far as the business of music goes, Mike McDonald would give his twenty-something self the following advice: “I would probably work on not being so introverted, and self-absorbed. I was never good at the schmoozing thing. Perhaps the career could have gone a little different if I was a bit better at that.”

Further to this point, McDonald expresses his take on creativity and commerce, “I’m a really lousy capitalist. It always offended me when it all got down to money. Creations and self-expression mean a lot to me, and to have it reduced to ‘what is it worth, money-wise?’ – I never could get behind that. I don’t think I get paid for creating art anymore, I get paid for physically performing it. I gave up the idea of getting rewarded for writing songs. I continue to do it, because that’s just what I do. I gave up the idea of it being property. So, when I do play, when I do get paid, I look at it as though I did a job of physical labour for two hours. It means a lot more to me. When I’m performing, I’m in there a hundred percent.”

As for the future of Jr. Gone Wild, McDonald says, “We don’t really have a trajectory in mind. We got back together, planning to only do one show. It went over so well, and people started calling, and the opportunities were so interesting, we just went for them. It just started going. I think we’re just planning to do this until it stops.”

Ontario and Québec fans will have the chance to see the band doing their thing, as the tour kicked off in Montréal on June 23rd.

Bryan Williston has been involved in music since he was a young child. A veteran singer, songwriter, and music educator, Bryan has enjoyed playing a multitude of musical genres in a variety of outfits, over the years. Bryan lives in Whitby, Ontario.
RELATED ARTICLES
featuresjr. gone wildmike mcdonald