SPILL FEATURE: UP FOR THE CHALLENGE – A CONVERSATION WITH KELCEY AYER OF LOCAL NATIVES 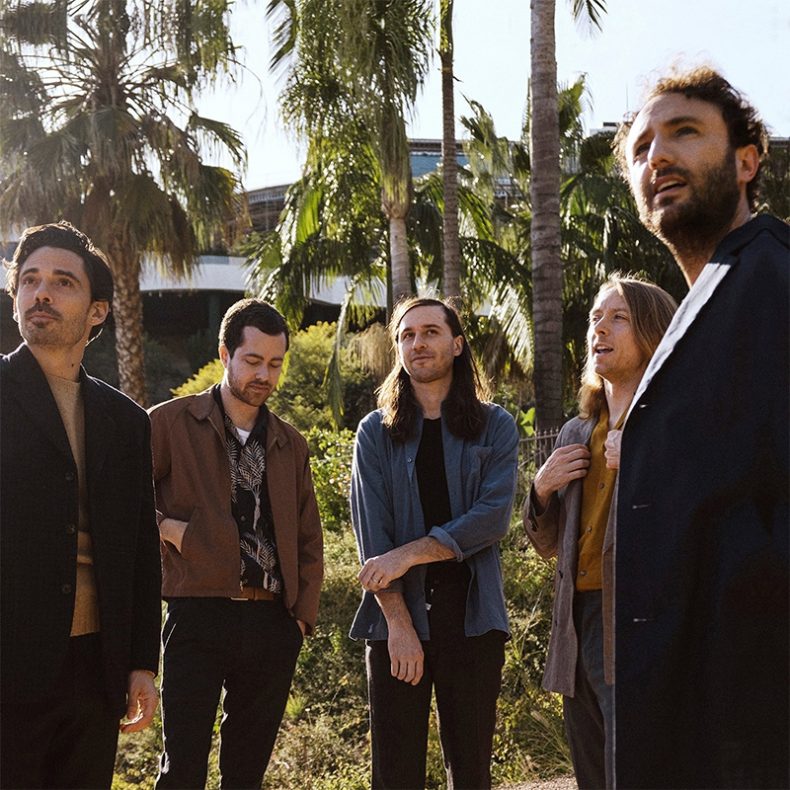 UP FOR THE CHALLENGE

Before the COVID-19 pandemic, Local Natives was promoting their fourth album Violet Street. This included a major tour, as well as recent performances on major network television.  However, the pandemic changed everything.

“Covid has been a horrible derailment of all of our momentum that we have been building up for years and years,” said Kelcey Ayer, Local Natives’ multi-instrumentalist, vocalist, and songwriter. “It’s definitely been a huge curveball. We had a tour with Foals booked for May and June. We’ve known them for a long time and it would have been the biggest, most lucrative tour that we have ever done. For a band that has never cancelled a show once in a 12-year career, it felt bad to cancel like 20 shows at once… For 12 years, I haven’t gone more than two months without playing live. That is a wild way to exist and, when it is gone, you really feel the place it held. To perform and communicate with people who care about your songs is such a beautiful conversation and we have not had that since March.”

However, the tour cancellation did not stop Local Natives. Since March, they have released a curated 3-volume remix album called Violet Street (Remixes), two singles, and an EP called Sour Lemon.

“Thankfully, we had some music in the pipeline that we were ready to release,” said Ayer. “It’s not like we were preparing for a pandemic, but we were in a good place when it happened. As horrible as this pandemic is, we are fortunate to be able to weather the storm as a band. It is a shit show out there. I’m trying to focus on gratitude for my place and for Local Natives’ place in it all. We are really lucky.” 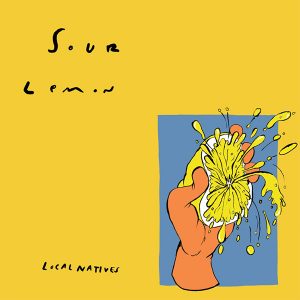 Their new EP, Sour Lemon, is a different direction for Local Natives. Ayer explained how the band has only ever released full albums, which require “a lot of time and a lot of planning. You can really go down the rabbit hole, trying to figure out a cohesive statement for a full record.” However, the EP format was not the only shift for the band. Working with producer Chris Coady on Sour Lemon, they took a different approach to recording.

“Last fall, we were talking with Chris Coady about making music together,” said Ayer. “Usually, we like to try producers out for a few songs before we commit to a full record. However, this time, we had a couple songs ready to go and Coady wanted to record, so we were like let’s just record some songs. Let’s not worry about what to do with them. Let’s take the pressure off, relax, and just make songs that we are excited about.”

Sour Lemon does feel more relaxed than their previous albums, opening with an acoustic track featuring singer-songwriter Sharon Van Etten. “For the majority of the EP, the songs have been around for many years,” said Ayer. “We wrote “Lemon” in 2018 with Sharon while we were both working on our respective records… Similar to how we work with producers, we have a list of artists that we would love to collaborate with, and Sharon has always been on that list for us. We got together to just write and see what happens. Ryan had the chord progression and some melodies and we just threw it around the room with her. You can write with another artist or a producer and there is no guarantee that anything will come of it. It just so happened that it really worked out really well. She is so nice and giving and such a joy to work with.”

Even after these recent releases, Local Natives is not slowing down. Despite the uncertainty of the future, the band has big plans.

“There are fun things upcoming in the Local Natives world,” said Ayer. “I released a song for my solo project, Jaws of Love. Classixx is releasing two songs that we wrote together. It’s a fun time to be a Local Natives fan – there are all sorts of things happening. We did a livestream show in September at the Lodge Room in LA. That was so fun – we hadn’t played together since March. I hope we can do more of those. We are also figuring how to start album five in a safe way. That’s hard, as we all take the pandemic very seriously. We’ve sent demos to each other and talked about different influences, but we haven’t had much success. We need to be in the same room to get the most out of our work and that has been a huge hurdle, so we are just trying to weather the storm like everybody else. We all have songs brewing and we plan to get together next month to work through those and maybe get into a studio early next year. It will be a challenge, but we are up for it.”

Kieran Davey is a freelance writer and music enthusiast from Vancouver, Canada. He particularly enjoys alternative rock, groovy hip-hop, and basically any music from the 60's. Aside from reviewing music, he also loves playing guitar and spending time in nature.
RELATED ARTICLES
featuresjaws of lovekelcey ayer