Features
1
231
previous article
SPILL FEATURE: HOW THE STRONG WILL SURVIVE - A CONVERSATION WITH DREW ARNOTT OF STRANGE ADVANCE
next article
SPILL ALBUM REVIEW: LEE FIELDS - LET'S GET A GROOVE ON 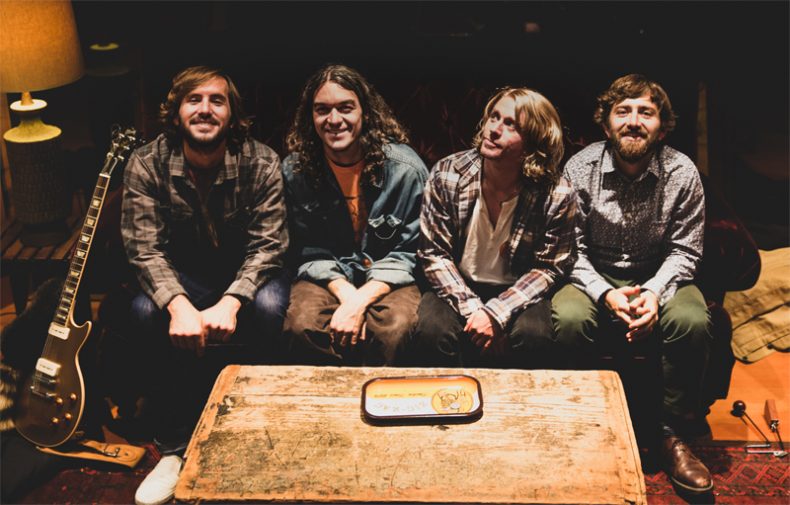 THINGS WILL BE BETTER FARTHER ON DOWN THE LINE

A CONVERSATION WITH PACIFIC RANGE

Throughout rock history there have always been hotspots which produced bands and artists who help music grow while keeping one eye on the past. Cleveland, London, Liverpool, Chicago, New York, Berlin and of course Los Angeles are among the list. L.A. has not only produced bands, but whole movements. It is cool to think that it is still producing some of the most creative and amazing music today, including GospelbeacH, Small Planets, Best Coast, Wallows, and Edward Sharpe and The Magnets. You can add one more to that list, Pacific Range.

Pacific Range has been playing around L.A. for a couple of years, and consists of Seamus Turner (guitar, vocals); Nate Ward (drums); Cameron Wehrle (bass) and Stewart Forgey (guitar). Ward fills us in how they all came together. “Seamus and I moved down to L.A. together after college. We had done our thing up in Chico for a while but it was time to move to a larger pond. Seamus has roots down here and it seemed like a logical choice.” 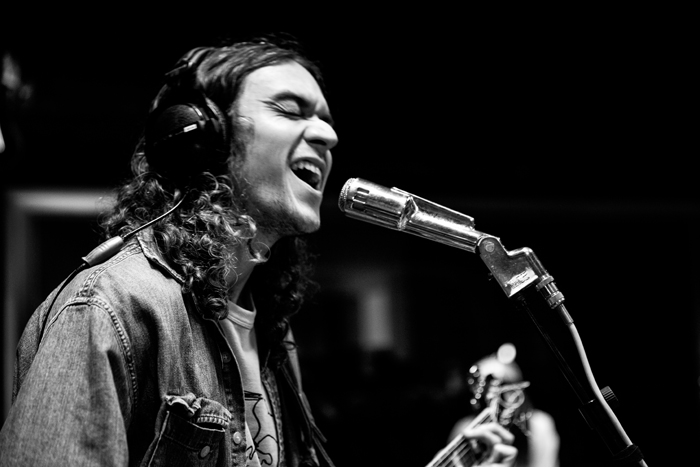 “We initially played some shows under the name The Salty Spittoons with our friends Rymi, Cary and Clay. Right when we needed a new bassist we met Cameron. He saw us at the Hotel Café and happened to be classmates with Clay. We hit it off right away and bonded over the Allman Brothers and Grateful Dead. After Cameron joined he brought his long-time friend Stew. They played together in several groups and have a strong musical bond.”

The band benefited from the music scene in Los Angeles. “The four of us have just tried to play as much as we can and say yes to as many opportunities as possible,” says Ward. “ We’ve been fortunate to be surrounded by such a supportive scene and we’ve received lots of help from our friends and families.” 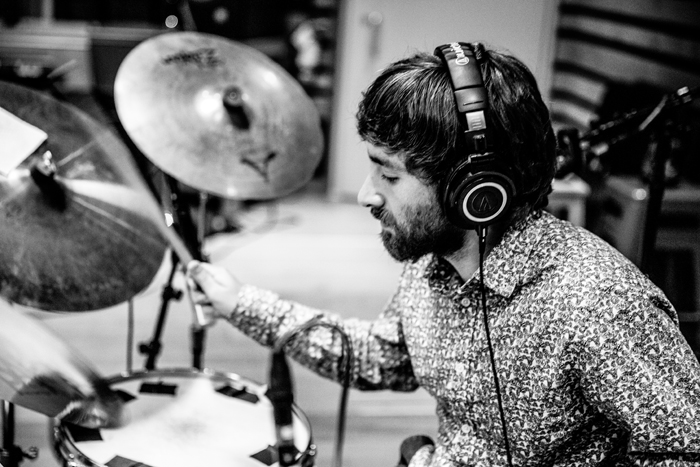 Forgey acknowledges the ‘supportive scene’ in Los Angeles, and the rich musical history. “Most of us grew up in Los Angeles so it has undoubtedly had a significant impact on our music. We are fortunate to be rooted in an incredible community of musicians, many of whom we consider extended members of the band. Friends like Mapache, Circles Around the Sun, and others, push us to be better musicians and explore new sonic territory. To me, L.A. has always had great music being made, but the style or scene that people get excited about shifts over time. Right now it seems to be shifting toward a mix between psychedelic rock and country. People are liking improvisation, rich harmonies, and live music in general. That’s just my perspective and it can be tough to be truly objective in such a big city.”

Recently Pacific Range signed to a new label based in L.A., Curation Records. This is an artist-run label, with GospelbeacH’s  Brent Rademaker at the helm.  According to Ward, Curation seemed to be the perfect home for Pacific Range. “Things came together pretty naturally. We had just recorded our album and were looking for a way to release it. Cameron and I ran into Brent at Grand Old Echo I believe, and he was super excited about his new venture. He said he was just looking for a band to start things off and he’d been following what we were doing. It just made sense.” 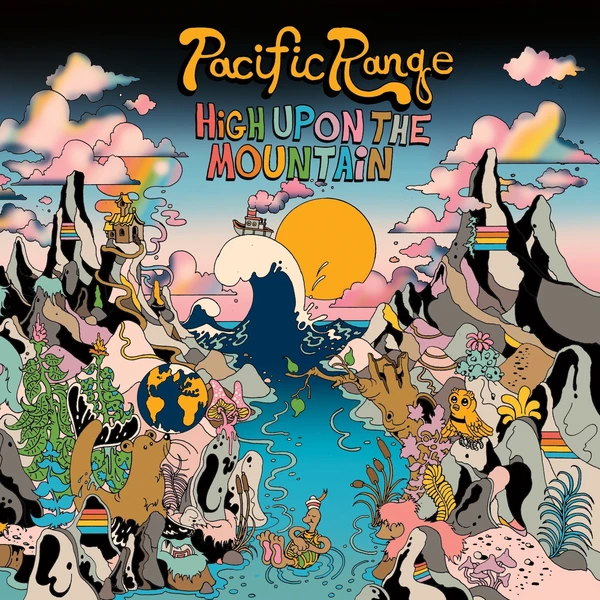 HIGH UPON THE MOUNTAIN ALBUM REVIEW

Their second album, High Upon The Mountain is just about to be released. This is a great sophomore album, full of life and inspiration. It also rocks. This is a band that has taken their influences and molded them into their own distinct style.

The album title comes from a song here by same name. “High Upon The Mountain” has a great deal of meaning for the band. According to Turner, “We chose this song because it is representative of what we are about. We like the outdoors and there has always been a connection in the songwriting because being free is having the space in your surroundings so that the space in your mind can go to places that are not routine to an everyday thought process, or rut, so to speak. Mountains have always been a muse because when you are high enough, you can gain more perspective on the space that surrounds you and zoom out.” 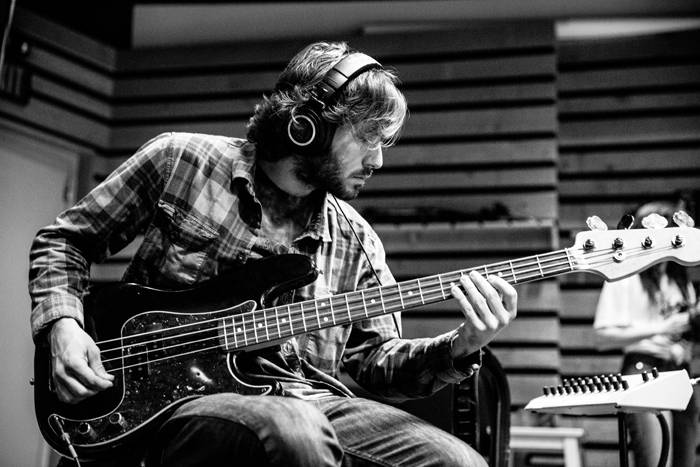 There is also a rather unique video for “High Upon The Mountain”. Animated and interesting, it certainly adds to the story rather than detracting from it. Says Ward, “The video was kind of a surprise gift to us from Brent. He found a French filmmaker named Cyril who had a style that Brent vibed with. He wanted to capture the beauty of our home state and some key landmarks that make California unique. Animation makes it easier to capture large-scale ideas that a camera often cannot.”

They have also had some assistance with the album and Turner discusses one song in particular. ““Heartbeat Of Change” was the last song we recorded on the album. Our good friend Sam Blasucci is singing harmonies and lead guitar. This song means a lot to me because it was written during a time where there was a lot of turmoil in the trajectory life had in store. A lot of times, we have to make sacrifices in our relationships and lives in order to open new doors to really go for what will make you the person that makes you happy.” 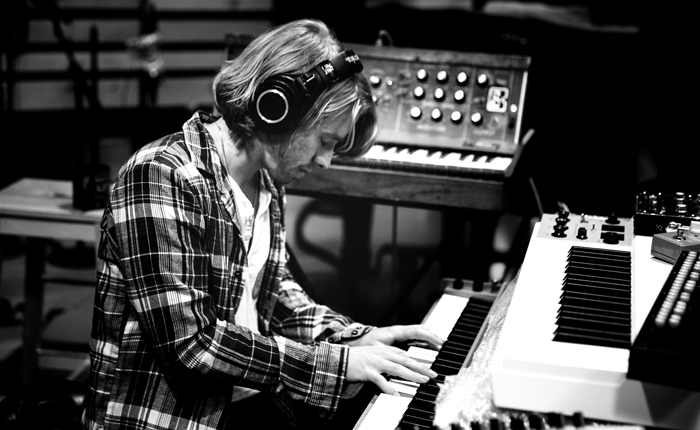 Being in California, the band was impacted by their environment. “’Need A Little Rain” is a song that was written about the fires that went on here that ripped through the mountains of Ojai. Being a Southern California resident has always made me very aware of fire danger and the kind of destruction and strife it can cause people,” says Turner.  “This is a song to keep people aware of what they are doing when they toss a cig butt out the window.”

In the end, the band has the same hopes for the album as the artists whom they admire had for their own. “I just hope that it reaches a wider audience,” says Ward. “It showcases what we’re trying to do and I think we captured a vibe that’s unique. We are mostly known for our live shows and the record shows a softer, more delicate side. Dan Horne has a great ear and I think he, probably even more than us, knew how we should sound. We want something for the fans that they can chew on for a while that’s classic, but also timeless. I think that’s what we’re shooting for.”

Born and raised in Whitby, Aaron discovered music through his love of The Beatles. This led to a career in radio, writing for various publications, and ultimately a radio show about The Beatles (Beatles Universe), which ran for over four years. When not immersed in music, Aaron enjoys spending time with the loves of his life -- his wife Andrea, and daughters Emily and Linda (all of whom have an intense love of music too).
RELATED ARTICLES
curation recordsfeatureshigh upon the mountain

by Aaron Badgley on November 28, 2020
JUST A MOMENT. I LIKE IT HERE. A CONVERSATION WITH TREVOR BELD JIMENEZ Trevor Beld Jimenez is not a familiar name…yet. However, he has just [...]
8.0

by Aaron Badgley on August 28, 2020
GospelbeacH Once Upon A Time In London Curation Records Live albums are a tricky thing, you want to have the record sound good, while capturing the energy of the band and [...]
8.0