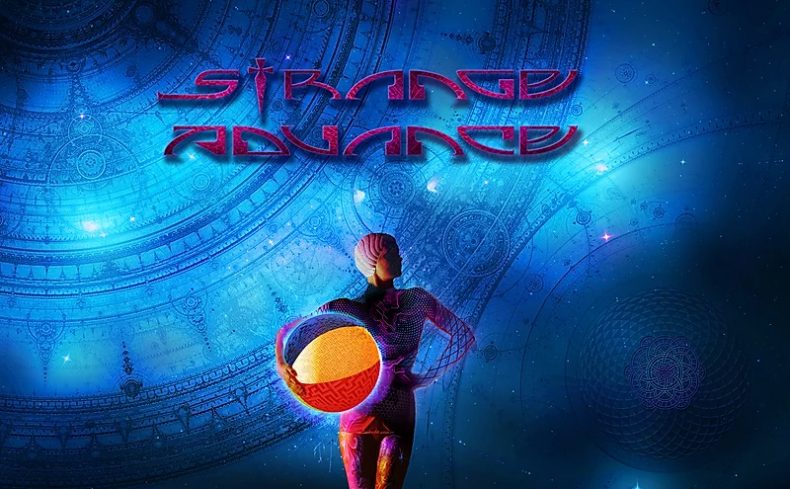 HOW THE STRONG WILL SURVIVE

A CONVERSATION WITH DREW ARNOTT OF STRANGE ADVANCE

Strange Advance decided to go into hibernation in 1989. Now, after over 30 years, the band is performing live again. Co-founder, singer, songwriter and multi-instrumentalist Drew Arnott is bringing the band back, joined by Ian Cameron, Rob Bailey and Ross Friesen, formerly of 3-D, Sean Dillon, and Alex “A-Train” Boynton, formerly of Payolas.

From the beginning, Strange Advance didn’t pigeonhole themselves into one particular genre of music. “We were just doing what we did pretty organically, we weren’t jumping on any bandwagon, but because we used synths, that’s the genre we got tossed into. For a while I called it progressive pop, because we’re not super edgy. We just write songs, record them, and it’s music. Whereas, a lot of the bands in the ‘80s adopted these mannerisms, cliches, and stereotypes. We grew-up in the ‘70s. It was a much more rich period of time in music. I can remember thinking that my mind is just blown thinking of where are we going to go from here. I grew up on a lot of progressive pop bands, King Crimson, Genesis, Yes, all of those bands. I guess one thing we do share with them is that we love big arrangements.”

Strange Advance began their extended break in 1989, much to the dismay of their large fan base, as a result of a complexity of factors including burnout. “We weren’t fans of the touring process. We’d just gotten off the road and Darryl (Kromm) and I are best friends, we talk every day. We rehash some of the past and whatever. I guess we were sort of burnt out at that point in time. If we had had good management at the time, somebody with some sense, somebody would have said “Look, I want you to take six months off, just relax, don’t hang out every day, and get back together in six months and see what happens.” Here’s the thing, Darryl musically had moved on to a pop/dance kind of a move, and he wasn’t really feeling the same type of music as I was. That was a big part of it. We definitely were both “Let’s call it a day.” But, my intention was to carry on, so I kept recording and going into the studio. I love being in the studio, I love recording, I love writing, and I’ve continued to do that ever since. I just haven’t really put much of anything out. Of course, if we had stuck together, after The Distance Between, we would’ve been dead in the water anyway. Grunge and so many things were going on, the marketplace had changed so much. I don’t think radio would’ve embraced us after that. It was a brand-new day.” 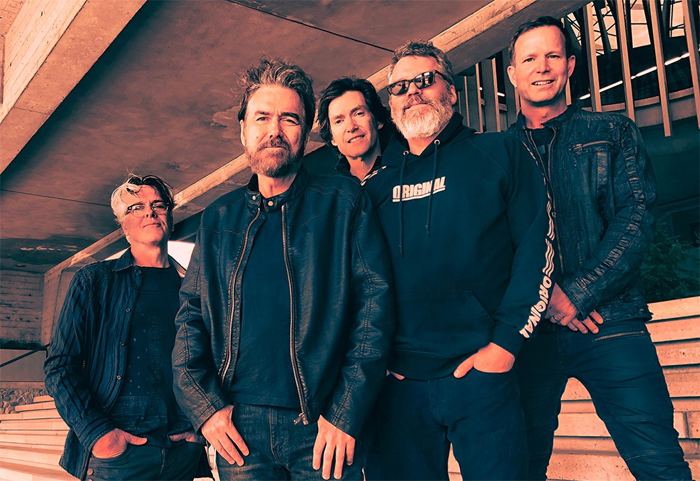 Reigniting a live music presence, after over 30 years, can be quite the experience and challenge. One of these challenges is reconnecting with the fans of the music and touring. “There are a million great musicians out there. Sadly, all looking for work, all struggling. I really like to see bands where there is a history, there’s connections, where these people are involved. There are guys in this band who played together 40 years ago, which makes us about 80 [years-old] now. What I’m really trying to do here in finding band members is no problem. Finding fans, finding people who used to listen to our music. You know these people are out there but how do you reach them?

“Getting reacquainted with the songs has been such a fantastic experience. I don’t sit around listening to Strange Advance albums on my days off, it’s like rediscovering these little gems that you’d forgotten all about. Also having the opportunity to pump everything up a bit. Let’s face it, we were working with pretty primitive technology, now we have the ability to do so much more. It’s a lot of fun to hear how the songs are shaping up. I hope that people get a nice surprise if they want to come and see us. It’s a case of finding the fans, it’s a case of ticket sales, because it’s expensive to travel these days, my god, look at the cost of gas. Darryl [Kromm] and I have talked about it [touring] for so long. It was like if not now, when.

“I don’t feel like we had a chance to do it right. That’s the bottom line for me. Back then, you’re with a major label, they would take care of everything and you’d just hope that everything would work out. For instance, when we shot our “We Run” video, I had meetings with the director, the art director, this is what we’re going to do, this is the set we’re going to build, this is how it’s going to look, then you show up at the day of the shoot and it’s like, “Uhhh, this doesn’t look anything like we agreed on.”. It’s like “Sorry, we ran out of money.”. Okay, so now you’re in between a rock and a hard place. What do you do, we’ve got to move ahead and shoot this thing. We’ve already spent the money, you have no alternative. I felt the same with our live performances, we didn’t tour enough to get our sea legs or our stage legs and we certainly didn’t tour enough to warrant hiring the best staging directors and lighting people. We’re going to try to put on more of a show this time, it’s been a long time coming. I want to do it right.”

John Graham is a Vancouver-area resident who typically spends most days admiring music of all genres. When not listening to music, John is usually at a live show, somewhere in the bowels of Vancouver.
RELATED ARTICLES
featuresstrange advance