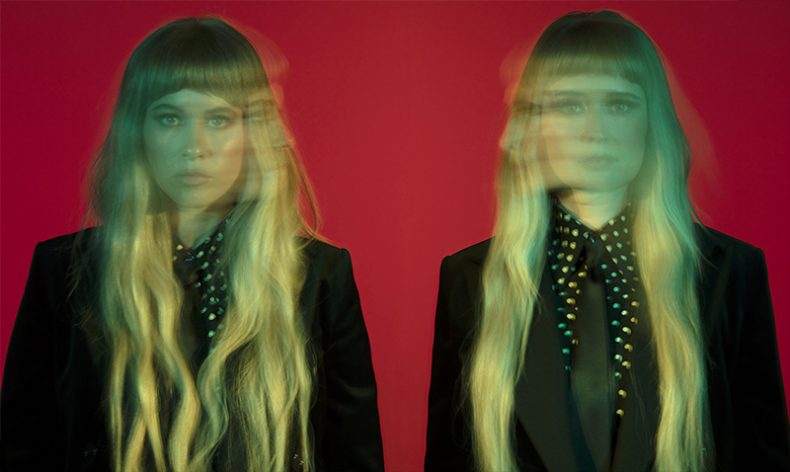 THE THERAPY OF CO-WRITING

A CONVERSATION WITH HOLLY LAESSIG OF LUCIUS

When Lucius was ready to write its sophomore album, Good Grief, the band had come off of a bout of non-stop touring. “I think we were home two weeks out of the whole year,” muses Laessig, “and those were not consecutive days – to be clear!” The result of all that spent energy was the frenetic, mad-genius record which saw Lucius playing with more synths, more electric guitars, and pushing boundaries of conventional pop music structure.

In the six years that followed, Laessig notes that “we were doing back-up vocals, touring with Roger Waters… so by the time we got to making Second Nature, things were a little less dreary [than with Good Grief]. We were excited to get back to our songs.”

But the 10-track third record isn’t all sunshine either. While Lucius certainly delivers a mostly upbeat experience with their repertoire, Second Nature doesn’t beat around the bush. The album was birthed by the difficulties faced by band members Jess Wolfe & Dan Molad, who had divorced after Good Grief. Despite the dazzling pop pulses that underscore the music on Second Nature, the lyrics insist on taking off the rose-colored lenses and facing the truth. 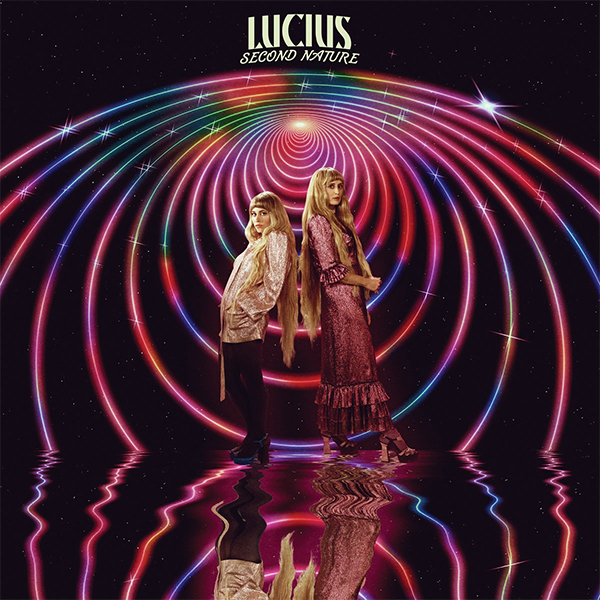 Laessig explains “It was Dave Cobb,” long-time producer for the band, “who wanted to make a disco record… A lot of that was influenced by the pandemic. There was a lot of moping around and we said ‘we have to dance through this’.” Armed with that notion, Lucius took Wolfe’s heartache and turned it into something joyous. The two lead ladies sat together over their ‘coffee talks’ (a sharing of ideas and personal histories to form the basis of their new songs) and then brought that to their writing sessions. “Co-writing is like therapy…It is usually lyrics first.” Laessig tells us, “One of us will come in with a finished melody (on GarageBand or Logic) and we’ll play a piano or guitar to get us started.” This method allowed Lucius to dress up their songs in the studio as they pleased. Turning words that expressed hurt into danceable offerings, where suitable.

Second Nature was the record Lucius needed in hard times. “We were actually working on another conceptual record with Sean Everett that was very cinematic and theatrical,” Laessig divulges, “but after lockdown and everything, it just felt like we wanted to release something that was less heavy.” And while divorce is no light subject to tackle, the idea to throw caution to the wind and sing catchy pop songs about that kind of hurt is a testament to Lucius’ commitment to finding the joy in darkness. The fact that Wolfe & Molad could reform after a divorce, work together on something this demanding and still come out the other side respecting one another is a substantial piece of this record that most won’t acknowledge by listening to it once or twice. There’s an intimacy to Second Nature – the weight of heartache morphed into compelling art.

And at the centre of Lucius is the unbreakable bond between its two leads. The first single, “Next to Normal”, speaks to this. Laessig notes “It is about one another, yes, but it’s a song about finding your people… your tribe. And sticking with them.” Through thick and thin, Lucius remains committed to this.

Robert Defina is an avid critic both on paper and in person. He spends more time writing album reviews than he does worrying about his future. He hopes that this sort of procrastination never grows old.
RELATED ARTICLES
dine alone recordsfeaturesholly laessig