SPILL FEATURE: TAKING A SONG THAT WE LOVE AND DRESSING IT UP IN A DIFFERENT OUTFIT – A CONVERSATION WITH NICK ROSE OF DWAYNE GRETZKY 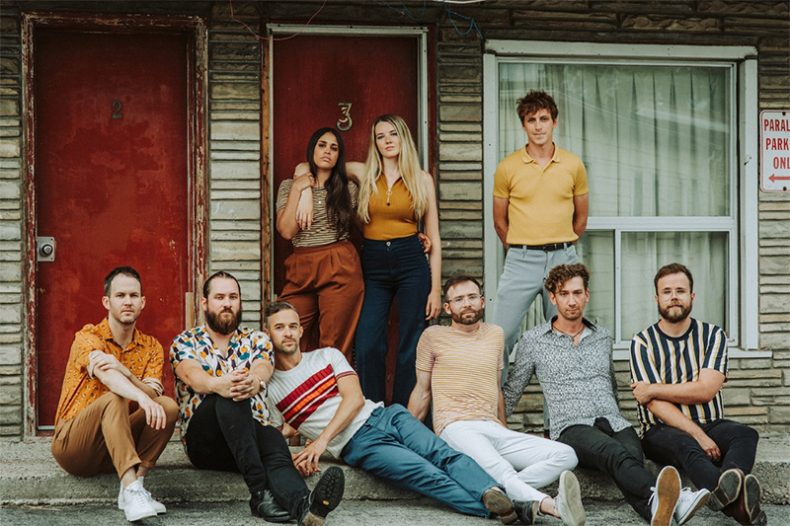 A CONVERSATION WITH NICK ROSE OF DWAYNE GRETZKY

It was 2012, when a group of friends who jammed together doing covers of popular songs managed to garner themselves a residency at the Dakota Tavern. From that point, Dwayne Gretzky’s show began to gain momentum. They booked a one-off show at The Legendary Horseshoe Tavern that took off, and the following year that also became a residency with a lineup around the block.  One couldn’t think of two better venues for any band’s career to take off in. On the other hand, this is no ordinary band. This is Dwayne Gretzky beating the odds, going against the grain. Toronto’s best-known cover band is certainly going places.

They say curiosity killed the cat, but the cats in this band will have you curious. Apparently, Toronto is not the only market with curiosity. “It was very much a Toronto thing for the first few years of the band’s existence and then we wanted to expand and go to other cities, and so over the last few years we made an effort to play at other bars, like Maxwell’s in Waterloo. The last time we played there it was sold out, around 800 people there.  The Town Ballroom Buffalo is a real great venue. We played there a few times. We’re trying to expand outside the GTA but it’s a bit tricky because there’s 10 of us, and as a cover band we did not promote singles and merchandise. It’s a different kind of tour; it’s very much the word of mouth thing. We tried to keep it within a four-hour drive within Toronto. We played New York City several times.  We played Chicago, Detroit; we tried to get the show out on the road.”

Everyone in the band has their own other creative projects they are working on.  “Personally I have Teen Ravine, a project with Dan Griffin. But Dwayne Gretzky is this fun thing, and we all come together in the sense of it’s more our day job. It sort of pays the bills and it’s the thing we spent a lot of time on and energy on but it’s important that everyone in the band have their own creative outlets, whether it’s writing and arranging music, and so on. We play music that was in our parents’ record collection, everything from Fleetwood Mac to Paul Simon to The Bee Gees, but there is a stigma to a cover band. Ten years ago, I did not expect to be in a cover band, but you’ve got to adapt to the new landscape.”  Judging by the way shows are selling out, we can refer to them as a band of game changers. Tommy Youngsteen are similar in the sense that they are also a cover band that’s also landing gigs at The Horseshoe Tavern. “They’re doing their own thing, we’re doing our own thing, there’s lots of space in the city for multiple bands to pay homage to the classic songs”.  But Dwayne Gretzky has a bigger palate, covering a wider period. The new record goes as far back as the early ‘60s with The Beatles’ “Please, Please Me” and The Beach Boys’ “Don’t Worry Baby”, taking us up to the aughts with QOTSA’ “Make It Wit You”. “I can’t speak for everyone in the band, but we feel very fortunate that we stumbled into this something that there’s a demand for, and we do it well, within the confines of being a cover band.

All of Dwayne Gretzky’s song interpretations are in the same key with the same lyrics as the originals. The new record is a bold impression of their mandate. The chord arrangements are often with slower and softer time signatures. “That was all very deliberate. We’ve been together for the past eight years or so, and when we perform songs, we do quite faithful renditions of them.  But in this past year we decided we wanted to make a record, get into the studio and do something more creative. I don’t think it’s very purposeful to record faithful renditions of covers because it seems pointless. But stripping the song to its skeletal form and finding an interesting way to dress it up in different clothing was appealing. The record is all over the place stylistically exploring different genres, and the fun at taking a song that we love and dress it up in a different outfit. 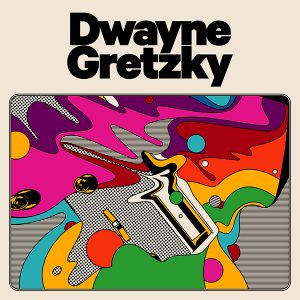 This summer when The Rolling Stones played Burl’s Creek on their only Canadian date, an adjacent stage was set up closer to the grounds’ entrance where a few of the openers performed.  Around 11 pm, Dwayne Gretzky was on that same stage, getting ready for their cue to begin their show, their late-night after party. “It was pretty surreal to get that opportunity. We were very grateful. We set up on the other stage of the other side of the field. We were supposed to start playing as soon as The Stones stopped all playing, so we were just standing on the stage, just watching them sort of quietly playing along to “Satisfaction”. It was very surreal to be on the stage, staring out across a massive field and sort of playing along with The Stones. You’re never gonna experience that again. I think pretty quickly a good sized crowd of about 2000 people gathered; basically it was all the people camping overnight. The whole thing was pretty cool.

Toronto certainly embraces Dwayne Gretzky. “Toronto is a hub and it feels special. It gives me great pride that Dwayne Gretzky has built up a following. It feels like a part of Toronto.” However, as cover bands frequently experience, there is always a pinch of criticism weighing in.  “I’m sure music purists will turn their nose up at it as a populist thing that is not cool. I don’t really care about that. It’s really fun and positive. Our shows are celebrations of these great songs.”

Their repertoire spans music from the ‘70s to the aughts finding a place in their set-list. “We started doing a ‘90s show. We’ve done six in a row at The Phoenix, and then we started doing a 2000s show for the first time in the band’s history. We’re doing everything from Kylie Minogue to Daft Punk. We love Queens Of The Stone Age, and when we started making this record, we decided that it would be fun to do that groovy, sludgy rock vibe songs, and turn it more into a Daft Punk-inspired dance song. The video was directed by our friend Anne Douris who is an artist and animator, and she’d also done our video for S.O.S. Her sensibility makes her an amazing person to work with.”

One song standing out on the new record is “Just What I Needed” by The Cars. “It was very sad to hear of Ric Ocasek’s passing. The Cars, on a personal level, are one of my all-time favourite bands. Their debut record is the perfect pop album. We recorded “Just What I Needed” around two years ago because it may be one of the best pop songs of all time.”

What is ironic is that Dwayne Gretzky’s version of The Cars’ classic song is stripped down and softened up, while most of the record sounds like it was given The Cars’ treatment. “We love doing pop from the ‘80s. I think that’s one of the evolutions of this band. We started out doing Van Morrison, Tom Petty, Bruce Springsteen; we play the music that was in our parents’ record collection – Paul Simon, The Bee Gees. We started with the roots rock artists that we love and we still perform songs by them, we just try to push the envelope, and try things different. “Don’t Stop”, and “Bohemian Rhapsody” from Queen, to Whitney Houston, to Toto, and wild ‘80s stuff that is difficult to pull off. It forced us to challenge ourselves. It helps that we have 10 people in the band that are ready to tackle all these things and fill them out. For the first time we’re going to be performing the songs on this released record, mixing it in with all the faithful other repertoire songs. It’s a fun new venture for this project. I think people who have come to Dwayne Gretzky shows will be pleasantly surprised with the new material and how it works.”

What it all boils down to here is that if there is a market shift in the GTA towards the high profile cover band market, at the forefront, carrying that torch are the game changers Dwayne Gretzky.