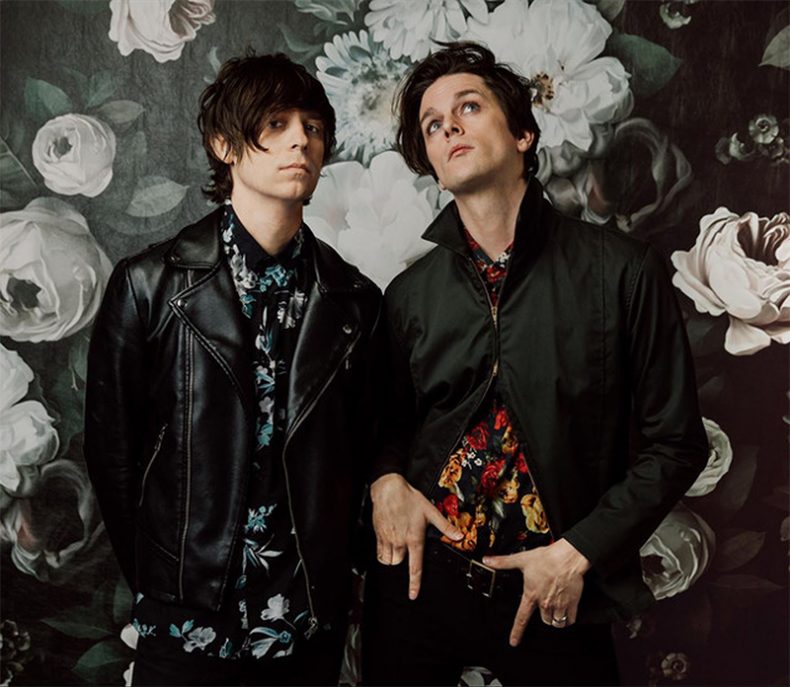 It’s all in the name: I Dont Know How But They Found Me (iDKHOW) is a band that spent their entire first year of conception in near obscurity, intentionally avoiding press and going so far as to deny their own existence. Now, after the release of two EPs, they’re more than prepared for recognition, as we approach the release of their debut album, Razzmatazz.

The duo, or one might say, “supergroup” formed in 2016, founded by Dallon Weekes and Ryan Seaman. Their names might sound familiar, as both have garnered success in two massive bands, Panic! At The Disco and Falling In Reverse, respectively. Despite these high-profile gigs, the pair met over a decade ago, and have been working together ever since. Dallon Weekes elaborates on his relationship with Seaman: “We had a band before either of us were employed in those other bands called The Brobecks. Over the years any time I’ve done any demoing or writing and needed to lay down drums, he’s just been my go-to guy. He’s a guy that’s always just wanted to work and serve the song first and foremost, rather than any sort of “look at me” type stuff. He’s a song guy, like I am.”

It’s this approach that makes the band so unique. More concerned with the music than fame or cache, Weekes refused to ride his previous connections and fanbase to the top. “We knew when we got started it would have been very easy to come out of the gate waving a big banner saying, ‘formerly of: check out this new thing that we’re doing!’” says Weekes, “but that felt really disingenuous to me. I wanted this thing to be able to stand and either succeed or fail on its own merit.”

And stand they have, as their first full-length album, Razzmatazz is set to be released Oct 23, despite complications throughout recording. “This album has been a long time coming,” says Weekes, “Recording it got delayed for a long time in favour of touring. Then once we finally got the chance to record it was when COVID started to happen. . .We had to mix it in email. But, it’s also been really great to begin that process, starting to put music out. That’s the silver lining: being able to finally release some of that mental pressure, sitting on all this material and waiting for so long to get it out there.” 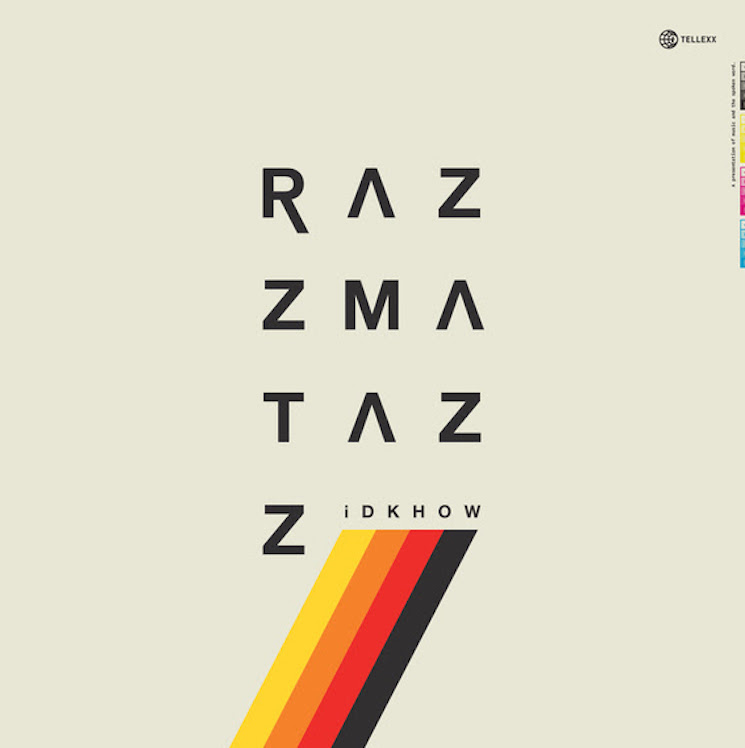 From the new album, we can expect the indie-pop type anthems we’re already familiar with, as well as something a little bit unexpected. Weekes elaborates on his favourite upcoming tracks: “I think my favourite one is the title track, ‘Razzmatazz.’ It really felt like a closing argument or a closing statement to wrap up all the themes that are on the record. Another one is probably ‘From The Gallows’ because it’s so non-standard ‘pop’ format. . .That one’s a little bit weird, a little left of center and I love that stuff.”

Weekes may know what we can anticipate musically from the band, but as far as touring amid COVID concerns, their future remains uncertain. “I’ll do whatever it takes to play a show,” Weekes says, expanding his complicated  experiences with touring. “There were definitely moments where I would be on stage playing in front of 20,000 people and I felt completely alone,” he reveals. However, Weekes explains that now, playing in IDKHow is “like atypical therapy” to him. “On stage, everything that you’re stressed or worried about just kind of goes away. . .you just get to exist in a single moment. Even before performing, going to shows was that same thing for me. Being able to just be in a moment and share something with two or three hundred strangers—we might not share anything else in common—but the people that are on stage, we share that for that moment. And being able to be that thing on stage that two or three hundred people share in common is something that I almost consider sacred.”

Still, Weekes would never put his love of touring above the safety of his fans. “I’m certainly a little apprehensive about the future and how the live music portion of this industry will roll out because keeping people safe and looking out for each other is more of a priority than playing a rock show for an hour. As important as that is to me, if it comes at the expense of anybody else’s health then I don’t want to do it. It’ll be interesting to see how things change moving forward but whatever it is, whatever those changes are, come what may, bring them on. Because I need music in my life.”

Alongside changes in touring, the music industry has also seen a major upheaval in recent years within a new era of “cancel culture” and newly held accountability. When asked whether he had noticed changes in band and industry behavior in this regard, Weekes has this to say: “When it comes to other people I couldn’t say. . .but I have certainly found value in [it]. Not necessarily ‘cancel culture,’ but having fans point out to me mistakes that I’ve made in the past is something that I’ve found to be very valuable. More than creating good art and good music, I want to be a good person, first and foremost.”

“When I was a teenager, ‘rockstar’ was a four-letter word and I kind of want that to come back. I grew up admiring bands like Nirvana and Pearl Jam that had this set of ethics behind rock ‘n’ roll. It wasn’t about partying and getting loaded and having sex with groupies. It was a job for the sake of art. So I would love it if those kinds of ethics came back to the music business again.”

Alex was born in Hamilton, Ontario, but has until now spent most of her adult life moonlighting as a music journalist in Sydney, Australia. If her Led Zeppelin, Bon Jovi, and Rolling Stones tattoos aren't a tip-off, she's a lover of all things rock and roll, and, should writing/journalism not pan out, intends to fall back on her laurels and marry Robert Plant.
RELATED ARTICLES
fearless recordsfeaturesi don't know how but they found me

by Melinda Welsh on September 1, 2022
I’M IN LOVE WITH BAD THINGS A CONVERSATION WITH I PREVAIL VOCALIST ERIC VANLERBERGHE Not only has I Prevail just released a new [...]
8.0

by Melinda Welsh on August 19, 2022
I Prevail True Power Fearless Records Michigan’s I Prevail have emerged from a nearly two year break to deliver their third album, the highly anticipated follow up to 2019’s Trauma. True [...]
9.0