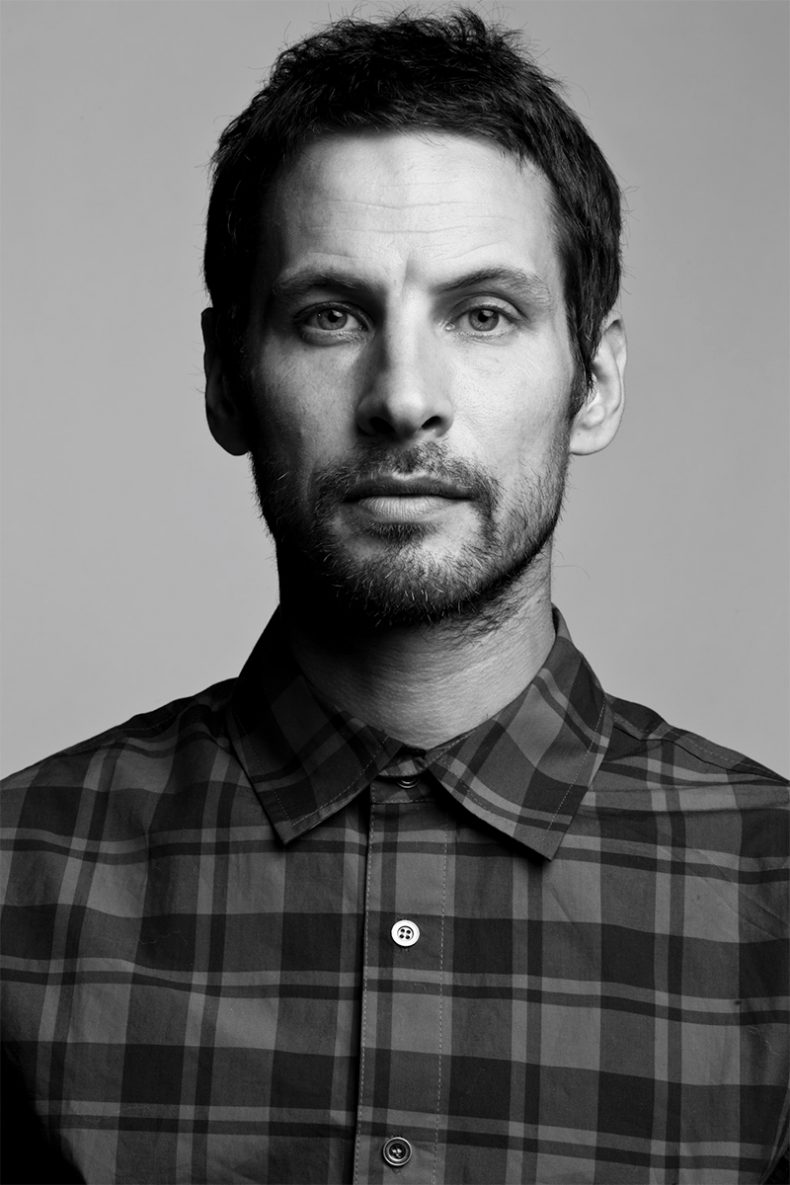 MAKING A BETTER FUTURE – TOGETHER

AN INTERVIEW WITH SAM ROBERTS

Q: What would you say about the artistic progression of your albums leading up to your latest release in the fall?

A: Every album is so different in terms of personality and I think that’s a reflection of the sense of freedom that we feel. And sometimes, despite what you hear in America, there is such a thing as too much freedom – you’ve allowed yourself to pin up the definition of what your music is and what it could be to the point where you start reining it in and trying to find a channel to focus your energy. I feel like for the first six to seven years in the years we were doing this professionally, there was a unified theme to our lives – which was touring all the time, being out on the road, doing nothing but just living with the band. But in the last nine years, having kids, gaining the kind of perspective that comes with that, it’s introduced something else into the music that’s not just about life on the road. And we’re trying to figure out a way to keep this foothold that we’ve found in the music scene. With that comes the freedom of perspective. This record is the progression of all that – of the growing sense in our lives. Fortunately, the songs came relatively quickly and easily. They were basically waiting there for us.

A: There used to be several different streams and ways to earn money. Now when we’re making the record, we still have to play shows to keep things rolling and that’s just the nature of the beast. I mean the beast in every way; it’s so unpredictable and changes all the time. From one album to the next, you’re releasing music into a new and different atmosphere. It’s up to the band to adapt and be elastic and liquid. That’s part of the challenge, but it’s the way it is; it’s what we have to do. For us, making albums is important – it hasn’t lost its relevance as an art form, and I feel like it’s so easy for people to flip between any kind of music. Between songs, people check out a few apps, chat to a few people, come back, and listen to the song. It’s incredibly hard to get someone to focus on one thing. But we can’t give up on that pursuit. The goal is to get people to listen to the album from start to finish. We have to consider how we put the album together. The more bands that put good albums out, the more it justifies itself – it’s about every piece of the puzzle that goes into the record and not just the two singles that are captivating – where the rest of the music is just sawdust filler. 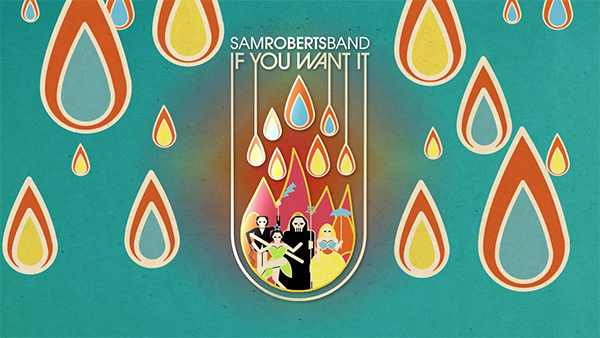 “IF YOU WANT IT” AVAILABLE FOR DIGITAL PURCHASE HERE

Q: How do you go about your songwriting process?

A: I like to write alone; the collaborator stage is later on in the process I’d say. I lock myself away in the basement for sometimes months, and I come out with an album’s worth of songs. I don’t write 30 songs and wiggle it down to 10. When I write, I want it to be on the record in some way. Our new record has 10-11 songs; I didn’t write a 12th for this one! I like that moment when I step away from the stage and band and follow my own thoughts – for better or worse wherever they want to take me. Once that’s done and I have the song in a good place, I bring it to the band. And when you value your band’s opinions, their thoughts, ideas, and interpretations affect the direction of the song. Then in the studio, the songs morph into something else with the producers. I keep the definition of the songs open until it’s all done. Instead of thinking, “this is how I wrote it and this is how it’s going to be,” I stay open to change.

Q: Do you intend for your music to have a social impact?

A: I don’t set out an agenda for a song – sometimes the music takes it in that direction though. Sometimes I hear the music I’ve written and it can evoke that type of imagery for me – nature-like, for example, so I start to write about what I see. Sometimes, again, the song will put me in an urban landscape and I’m living in and amongst other people, and then I figure out how you’re supposed to make the whole thing work. The song will take on that sort of direction and it’ll be more about people and how they treat each other. Like how to make a better future together. 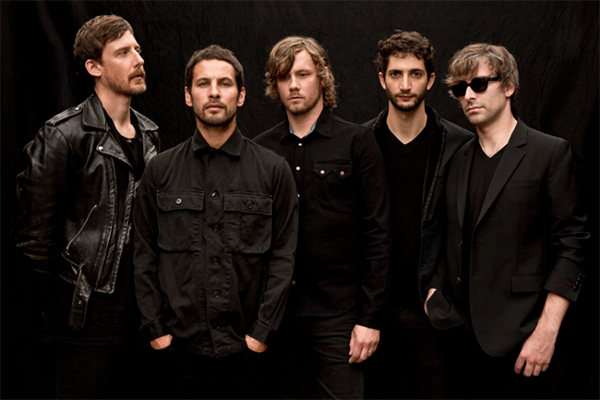 Q: How do you see yourself as an educator – through your role as an influential musician?

A: The word education to me is extremely important – teaching people the value of having music in their lives. It happens with my own kids; and I love any chance I get to go to a school and engage with young people or have them engage with me somehow. For example, teaching them about the role that music plays. There’s not too much I can say I’m qualified for, but it’s something that I can actually do, dare I say; but I almost qualify! I’ve been living in a Rock ‘N’ Roll band for so long – but these are one of the things I feel I can really do. In terms of an agenda, I like to think, “here’s the role I can

play in people’s lives.” There’s no real agenda, but if you’re doing it right and you’re committed – like getting in front of a group of people like that, I can’t downplay the importance.

Q: What role has social media played over the years for your image and branding?

A: That’s like the Achilles’ Heel – some bands are so good at it, some aren’t. I have nothing but admiration for them when they use it as a tool. It’s something we’re working on. I don’t want to paint a divide between generations, but I didn’t grow up with a cell phone or have this ability to share and connect with people at that level. We’re always trying to keep up with it; and by the time we’ve finally figured it out, it’s changed! It’s incredible in the sense that we have this platform to communicate with people who may or may not be into our band. We do stay in touch with people who are devoted fans. And it is a great opportunity. It’s what you make of it; it’s a work progress. But sometimes I just don’t want to share and sometimes I want to keep things to myself. And I think that that, in a way, puts me at odds.

Giselle: It’s all about finding that fine balance.
Sam: That’s a good way of putting it, and we are definitely trying to balance!
Q: What advice would you give to young aspiring artists?

A: Well, you really have to come in with an incredible amount of conviction because you have to devote your life to it. You can’t do this half-heartedly in any way. And I don’t mean just getting a foothold or getting a break. That’s difficult enough and takes a great amount of determination and talent. But once you do have that, and are able to achieve some resemblance of success, holding onto it and striving creatively in the face of that success, you realize it’s a lifelong pursuit. You constantly have to dredge new creativity within yourself and go the distance with it. Love it very very intensely before you decide to dive into it. Whatever business you’re in, six months ago, will be different soon enough. We’ve learnt that so many times over now. Your main job is to protect your creativity and you’re the only person that can guard and nurture that and care for it. All the while, you have to do that in the face of business – and it does come down to business. But, there is something more important in the heart of it all.

Originally from Toronto, Giselle is exploring the worlds of entertainment and social change through a musician's lens. With a background in Environmental Studies and Music Business, she works to establish her own voice in the music scene.
RELATED ARTICLES
featuresif you want itsam roberts