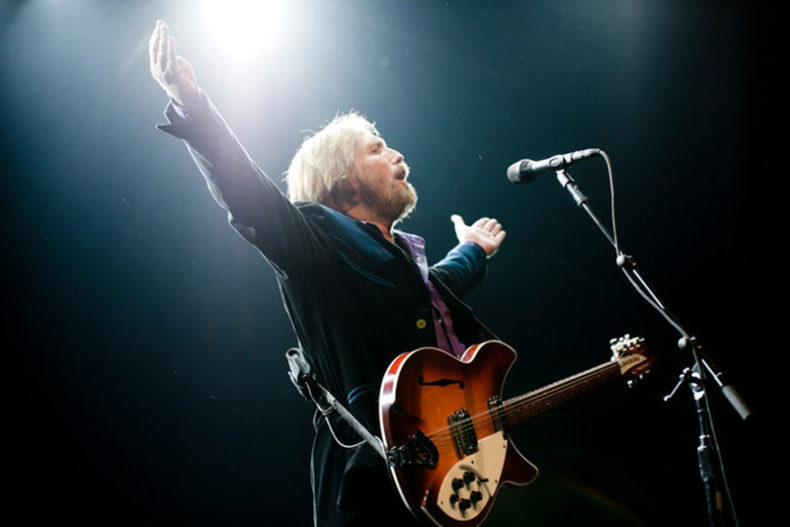 Just a week after performing the final show of his 40th anniversary tour, rock icon Tom Petty has passed away.  After a day of confusion, hope, and sadness, we are heartbroken to announce that Tom Petty has passed away at the age of sixty-six.  The news broke in the afternoon that Petty was rushed to UCLA Santa Monica Hospital when he was found unconscious in his home.  Petty suffered a full cardiac arrest.  From that point on, the media was ablaze, reporting that Petty had passed away as early as 4:00 pm (EST). Shortly thereafter, Petty’s condition was left uncertain following a tweet from the LA Police Department which stated that Petty had not passed; however by that point, every major publication was reporting on the loss of Petty.  The evening of October 2nd was full of retractions and left fans in an emotional lurch.  In the earliest hours of the morning of October 3rd, an official statement was released by Tony Dimitriades, long-time manager of Tom Petty & The Heartbreakers, stating that Petty had passed in the hospital surrounded by his family and band mates at 8:40 pm (PST).

The career of Petty is one steeped in musical genius and unconventional circumstances.. It begins in Gainesville, Florida where he played in a number of local bands, including Mudcrutch, often jumping from the bass to guitar, and vocals. It was in Mudcrutch where he would meet future Heartbreakers keyboardist Benmont Tench and Petty’s partner in crime, guitarist Mike Campbell, who would remain by Petty’s side on nearly every project he worked on. Tom Petty and The Heartbreakers would form in 1976, along with bassist Ron Blair and drummer Stan Lynch, releasing their debut album later that year which would spawn their first huge hit, “Breakdown”. The relationship with Petty and the Heartbreakers has always been an interesting one where Petty occupied the roles of both band leader and member, two identities which are often mutually exclusive to one another. The Heartbreakers were always at the centre of Petty’s work, even as the touring band behind his solo records. 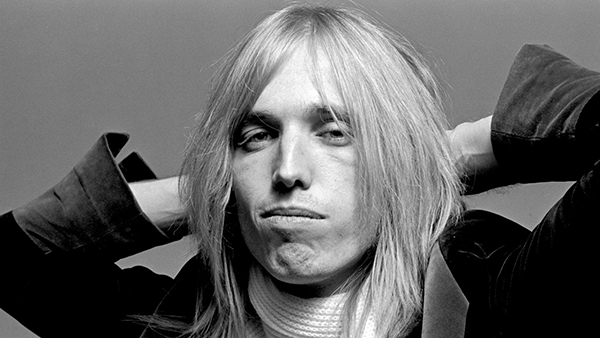 During his forty-plus years in the industry, Petty released thirteen albums with The Heartbreakers, three solo records, two albums with The Travelling Wilburys, and two with Mudcrutch, giving him an extensive discography of twenty albums. On the cover of their self-titled debut record, Petty can be seen wearing a leather jacket sporting a bandolier and a dangerously cool smirk. Because of this imagery, the labels tried to group Petty and The Heartbreakers as punks, giving them the opportunity to perform with The Ramones and The Clash in their early days. While they were vastly different from the hard hitting rock of the 1970’s, they certainly weren’t punk and would later be dubbed as pioneers of new wave.  Musically, Tom Petty remained as a stylistic outlier for his entire career, not conforming to any era. Instead, Petty’s song writing was a unique blend of rock & roll that contained many similarities to early R&B, the blues, and rock pioneers of the likes of Elvis, The Beatles and The Rolling Stones, along with touches of folk, Americana, and country music.  What made his song writing voice so unique was his ability to turn very simple ideas into compelling songs full of depth and emotion in a way that few people could do.

While their first two records performed and sold quite well, it was their third album, 1979’s Damn the Torpedoes which brought Petty and The Heartbreakers to a status level on par with their own heroes. The record featured three of Petty’s biggest hits, “Here Comes My Girl”, “Don’t Do Me Like That”, and his classic, “Refugee”.  Produced and mixed by Apple Music guru Jimmy Iovine, the album remains not only as one of rock’s most quintessential records, but when designing the Beats By Dre headphone line, Iovine tuned tested them extensively to this album as to this day, he still feels it is the best sounding record he had produced. 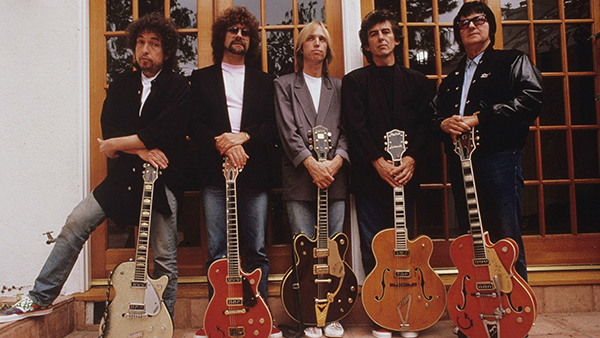 Throughout the 1980’s, the band continued to release a string of great albums- including Hard Promises (1981), Long After Dark (1982), and Southern Accents (1985) – but Tom’s most interesting musical projects from the decade revolved around his collaborations with other artists.  The first of which is “Stop Draggin’ My Heart Around”, a spectacular duet written by Petty and given to Stevie Nicks to be featured as the lead single on her solo debut 1981 record, Bella Donna. The song is emotional, catchy, and among the best tracks of the decade. In 1986, Petty and The Heartbreakers also toured as Bob Dylan’s backing band on his True Confessions tour which took them across Australia, Japan, and America. This also saw Petty and Dylan create a bond which would lead to Petty’s role in The Travelling Wilburys, which also consisted of George Harrison, Jeff Lynne, and Roy Orbison. The group would put out two excellent records – Traveling Wilburys Vol. 1 (1988) and Traveling Wilburys Vol. 3 (1990) – but would disband largely because of Orbison’s passing in 1988.

Most notably, however, in 1989 Petty released his first solo record, Full Moon Fever, a record that’s material fit seamlessly beside that of The Heartbreakers and would include one of Petty’s greatest hits, “Free Fallin’”, along with “I Won’t Back Down” and “Runnin’ Down A Dream”.  While the 90’s saw decades of tension come to a boiling point between Petty and his first wife, Jane Benyo, as well as Lynch.. Paired with the monumental success Petty enjoyed from Full Moon Fever, the 90’s resulted in less music from the Heartbreakers, and a follow up solo record, Wildflowers– a record produced by Rick Rubin and featured future Heatbreakers’ drummer Steve Ferrone- which captured Petty in a sense of isolation amidst a divorce and a startling drug addiction. Emotionally, this was Petty at his lowest, yet Wildflowers not only stands out as one of my favourite records of all time, but it was also Petty’s favourite from his discography.  Wildflowers is beautiful, haunting, and inspirational, all at once. While the 90’s proved to be a difficult transitional period for classic rock and the industry, Petty was one of the only artists from his generation- not The Rolling Stones, any of The Beatles, Springsteen, or even Dylan- who was writing and recording music at a level that was equal to- and in some cases, better than- his classic work.  Wildflowers (1994) and The Heartbreakers record, Into the Great Wide Open (1991) are both testaments to Petty’s ability as a songwriter and his confidence in his sonic identity which prevented him from chasing the trends of the time. Petty and The Heartbreakers also released Greatest Hits in 1993, which featured “Mary Jane’s Last Dance”, a new track written for the compilation that would become a hit in its own right and an absolute live favourite. 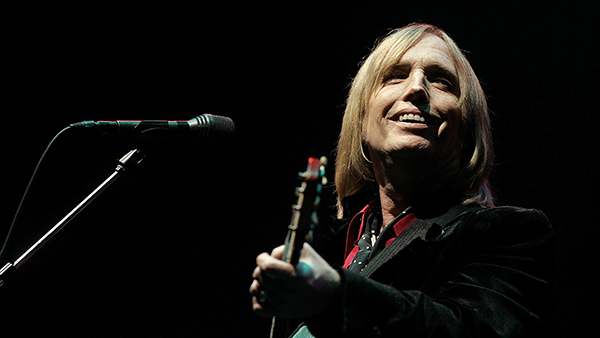 Petty and The Heartbreakers graced into the 2000’s as one of the few legacy acts from classic rock’s golden age that was still releasing material which lived up to their reputation.  His final two records, 2010’s Mojo and 2014’s Hypnotic Eye were among his best with the former returning to Petty’s roots as a bluesman, and the latter charting new territory with his most hard hitting release to date. While his recently concluded fortieth anniversary tour was billed as his last big tour, it was by no means a farewell tour and his performance as a vocalist and guitarist were simply incredible. As discussed in our coverage of his Toronto stop on July 15th, it was a definite reminder as to why Petty was among rock’s greatest artists; he was not only a brilliant song writer, but he and The Heartbreakers put on a spectacular show.  Petty and the band remained energized and hopeful for the future and looked forward to future, smaller tours, making his passing feel even harder.

While Petty’s legacy is largely based around how, much like his heroes, he was the author of one of America’s greatest songbooks for a modern era, may we not forget his honest, rebellious, and unapologetically authentic nature. In 1981, he threatened to withhold the release of Hard Promises when MCA wanted to sell the album for an extra dollar. It was his character that the world fell in love with, and we heard it in his songs. Despite being very reclusive, Petty was not an enigma like Bowie- the bisexual alien who fell to Earth from the sky- or Prince- the man who once went by an unpronounceable symbol- instead, he simply was Tom Petty. He wrote songs which anyone could identify with and told the story of hardship and perseverance, life and death, and love and loss in a context which gave liberal baby boomers a soundtrack that took place between the worlds of Dylan and Zeppelin.  Always humble, the soul of Petty made his music so undeniably important in the continuum of popular, making him one of the most consistently strong songwriters ever.  Waking up today, the world feels a little emptier.  Thank you, Tom for the music and the endless inspiration to musicians everywhere.

A passion for music has always been a part of Gerrod’s life. As a young boy, he was raised on a steady diet of the music from The Chili Peppers, Aerosmith, The Stones, Prince, and others from his mum. Raised in the GTA, Gerrod continued to foster his love for music by attending a wide range of concerts and learning the drums. His unapologetic passion for music has no bounds and has spread to a wide variety of styles, whether it be the 90’s rock that sound tracked his teenage years, the jazz he studied in university, or his newfound love for hip-hop. He recently received his bachelors in music and education from York University and is passionate about writing and reviewing good (and less than good) music. Gerrod is also the drummer and songwriter for a Toronto based rock & roll band, One In The Chamber.
RELATED ARTICLES
deathfeaturesmemorial

by SPILL NEWS on May 18, 2017
CHRIS CORNELL OF SOUNDGARDEN AND AUDIOSLAVE PASSES AWAY AT AGE 52 The music world woke up to shocking news upon hearing that Soundgarden lead singer Chris Cornell [...]