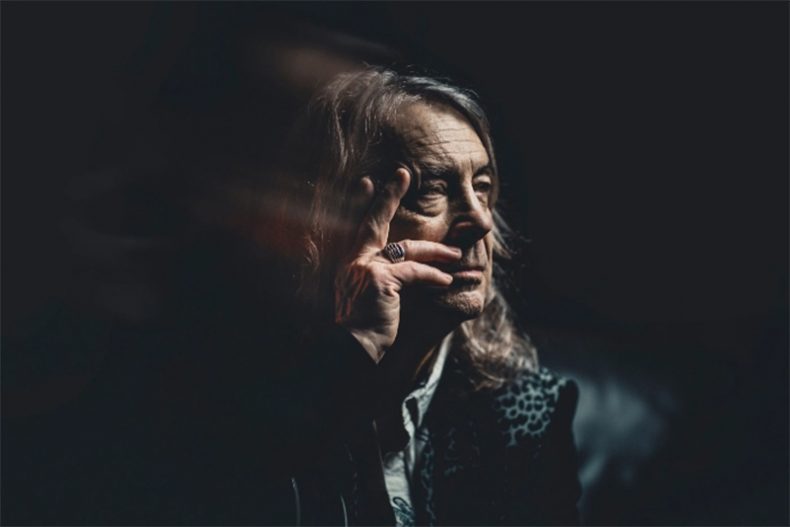 A CONVERSATION WITH ALBERT BOUCHARD OF BLUE ÖYSTER CULT

Blue Öyster Cult fans and prog rock enthusiasts hold Imaginos by Blue Öyster Cult dearly in their hearts. However, Imaginos was never intended to be a Blue Öyster Cult album, and when it was released in 1988, it was not as originally intended. The history of the album is quite fascinating and recently I had the opportunity to talk with the man who was one of the two creators of the album.

Albert Bouchard was the original drummer for Blue Öyster Cult and was one of the founding members. Imaginos was to be his first solo album after parting ways with Blue Öyster Cult, but things do not always work as planned.

From the time Bouchard met BOC co-founder Sandy Pearlman, in 1967, Pearlman contributed lyrics which Bouchard and rhythm guitarist Allen Lanier set to music. During a 1967 dinner, Pearlman told Bouchard about a concept he was working on about a character named Imaginos. ‘He starts telling us the story about this character. The story of Imaginos. It came to him in a dream, and this guy, Imaginos has all sorts of adventures. He is a shapeshifter, a gender shifter, he had magical powers, he had mystical knowledge…it was intriguing.’

Pearlman did not leave the story of Imaginos alone and had big plans for the story. ‘Right around the time we were working on Agents Of Fortune, our fifth record (released in 1976), Sandy and I started working on Imaginos and thought it could be a concept record. I presented it to the band, and some of the other guys were writing. They didn’t want to do an album with all of Sandy’s lyrics. So when I wasn’t in Blue Öyster Cult anymore, in 1981, I said to Sandy, “maybe it’s time”. So he agreed, and got me a record deal, a solo deal with Epic, Columbia’s sister label.’

The work on the album Imaginos started in 1982. Pearlman was not in any hurry to record the album, but Bouchard wanted to get something out quickly to establish his solo career. But Pearlman wanted to make sure it was perfect.  ‘We started the album in 1982, and when we had something to show the people at Columbia, which was 1985, the people who signed me were gone. There was no one there who cared about the album.’

The label was looking for a hit single on the album. ‘Columbia then refused to put it out unless it was a Blue Öyster Cult record. If that is the only way it could come out, then I was ok with it. The band was not really into it, but they agreed but they did not want me back in the band, and I was hurt. So I ended up suing the band, I sued Sandy and I sued Columbia. I sued them all. In retrospect, it was probably not the greatest idea because the record was not even out yet. It made Columbia less than enthusiastic about the record, and they were already not enthusiastic about the record. So, it didn’t do that well commercially “It got great reviews, five stars in Rolling Stone, and Metallica called it “the album of the year”. 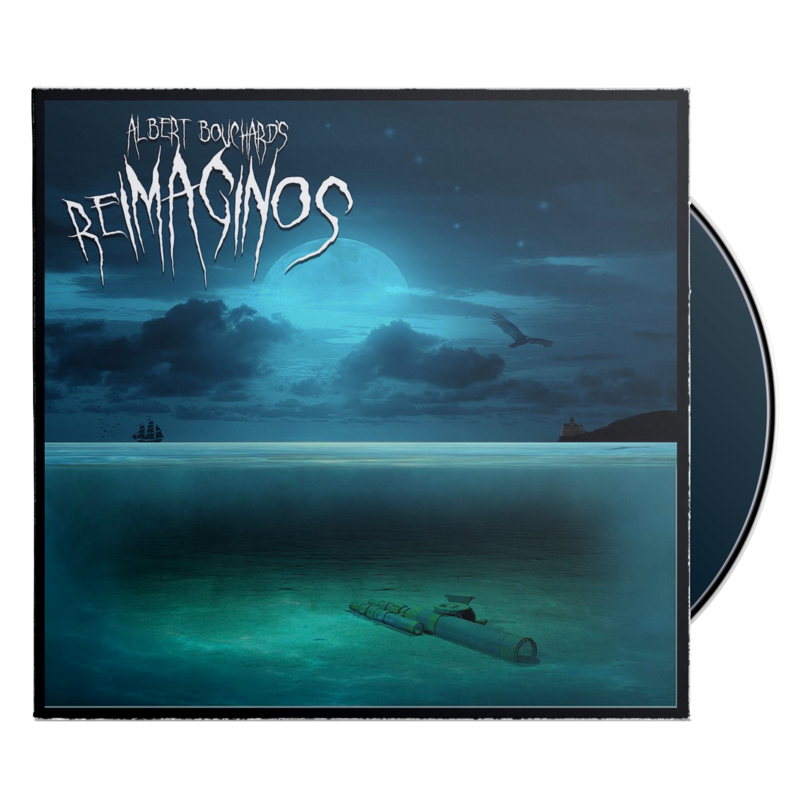 PURCHASE RE IMAGINOS VIA MERCH BUCKET

Although Bouchard was happy with the critical acclaim for the album, he and Pearlman were disappointed with how it all played out. It is worth noting that Columbia would not release it as they had presented it. Songs were removed and others were shortened. ‘Even when they put out the Blue Öyster Cult box set, I offered to pay out of the pocket to put those songs out, but they weren’t interested,’ Bouchard recalls.

But that was not the end of Imaginos. ‘Sandy had a terrible accident in San Francisco and went into a coma. He came out of his coma, and he wasn’t quite the same, he couldn’t speak for one thing. I spent a lot of time with him and during that time period and I told him I was going to go back to Imaginos and do the second and third acts. It was always planned to be a trilogy.  But I told him he had to get better to help me complete it.’

Sadly, Pearlman passed away in 2016. But Bouchard kept his promise to Pearlman to complete the album and release it in its original form, titled Re Imaginos. It was released on Nov 6, 2020. The new version included songs that were cut from the original Blue Öyster Cult release. ‘It was an emotional experience recording it.’

It also gave him a chance to record and release songs that have not been heard, such as “Girl That Love Made Blind” and “Gil Blanco County”. ‘Sandy was upset that they had to be taken off the original album.’

The album is now being released on vinyl, with extra tracks not on the CD. Bouchard has been busy working to present the album as a live stream event. “For the first time ever, I played the entire Imaginos sequence in order, just like it is on the new vinyl, not on the CD. The vinyl has three songs that are extended versions. I put it all back in and I included the “Imaginos Overture”, an instrumental as a bonus track. The live stream was basically a celebration of the release of the vinyl, which came out on April 9, 2021”

As Bouchard now winds down from his live stream event, he is already planning the next album in the trilogy. ‘It will be just myself and my bass player David Hirschberg. He will be playing bass and singing, and I am playing guitar and singing. My drums will be on a back track.’

‘The next album is all about war, it’s called Bombs Over Germany. It is about the First and Second World Wars.’

Along with two albums in the works, Bouchard is kept busy working with other bands as well. He has been drumming for other artists such as The Dictators (‘my first punk record’ laughs Bouchard).

Albert Bouchard has had a great deal of success with Re Imaginos already. The album charted when it was released in November on CD. Now, he gets a chance to perform it live and continue the story of Imaginos.

Born and raised in Whitby, Aaron discovered music through his love of The Beatles. This led to a career in radio, writing for various publications, and ultimately a radio show about The Beatles (Beatles Universe), which ran for over four years. When not immersed in music, Aaron enjoys spending time with the loves of his life -- his wife Andrea, and daughters Emily and Linda (all of whom have an intense love of music too).
RELATED ARTICLES
blue öyster cultdeko entertainmentfeatures
7.0