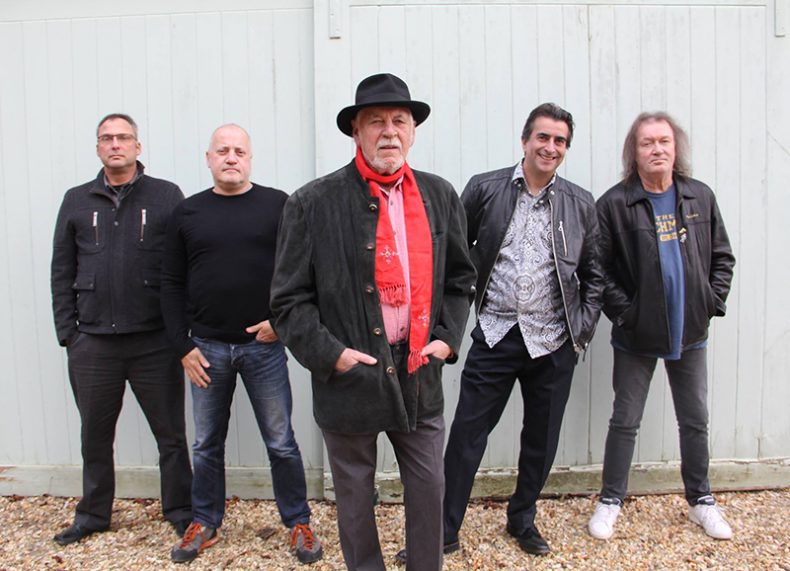 A CONVERSATION WITH GARY BROOKER OF PROCOL HARUM

Gary Brooker formed Procol Harum in 1967, and the band was huge from the very beginning with their debut single, the incredible and revolutionary “A Whiter Shade Of Pale”. The band would go on and record several more classics (“A Salty Dog”, “Conquistador”, “Grand Hotel” to name just three), and Brooker would have a successful solo career, record with George Harrison and be a member of Ringo And The Starr Band. Now, in 2021, Brooker is getting set to release a three-track EP featuring two songs that have quite an interesting history.

I recently had the chance to speak with Gary Brooker who explained how these songs came to life. “Well, I would clear up my CDs, because I have literally hundreds. But there is only one or two things on each CD, so I could find out what’s rubbish and what’s not. Then I would put what I want to keep onto one or two CDs, you know, transfer them all. So, that’s what I was doing when I found these two songs, which we had done, not very long ago. They aren’t very old, but somehow they got lost and forgotten.”

Even more interesting is that the songs were complete. Recorded, mixed, complete, waiting to be released. “It was amazingly complete. It was only a rough mix, but it was a very good one. I thought it sounded like Procol Harum. What I mean is, you put it on, you can hear Gary singing, you can hear the Hammond organ, and so on. We didn’t remix it, we couldn’t find the multi tracks. Because of the lockdown, it wasn’t possible to do that. So it was just this rough mix that was better than rough. It didn’t need work”

Usually artists find half-finished songs, or demos in their archives, but Brooker found two complete songs that, while having the classic Procol Harum song, sounded like they were recorded for today. “When I put them on, I thought they sounded very good. I also thought “Missing Persons (Alive Forever)” was very apt for the moment. It seems to be what they call prescient. In other words, it was as if someone was doing it four or five years ago and knew what it was going to be like today.”

But the songs remain somewhat a mystery, even to Brooker himself. “The songs were recorded in the same place, in Brighton in England, but no one can remember doing them. I don’t remember when, it was sometime before 2016, but not long before. Where have they been? Why did we stop and not carry on? They didn’t go on the Novum album. It sounds very ambient as well. It is not manufactured or overproduced” 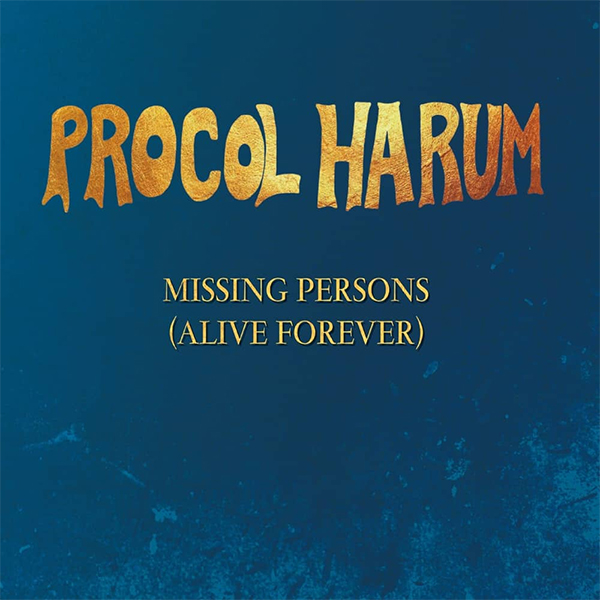 Sadly, Brooker has yet to find other complete, recorded songs.  “I found a lot of me playing the piano, with rough ideas, but these two were the only ones I found complete. I found a lot of rough song ideas, and set them aside, and I will listen to them all again to see where all the good ideas are and continue.”

The EP, which is scheduled for release on May 7, 2021, will be available on CD and eventually vinyl.  “They can’t pin us in to make the vinyl until August. There are not so many factories and vinyl is very popular at the moment. I never thought vinyl would become this popular. It’s only because everyone’s eyesight is bad,” laughs Brooker.

“But young people think vinyl is great as well. They said they like the noise when you put the needle on. But vinyl always had its limitations as far as we were concerned, because you could only put 40 minutes of music on an album. And it could only be so loud, there were a lot of limitations. But when we got CDs, life got easier. I still think that the quality of a CD. But a lot of people, even people in Procol Harum, don’t have a CD player anymore, let alone a turntable. I found four turntables in my home, good ones, and when I came across a close friend who didn’t have one, I gave them a turntable.”

While Brooker embraced CDs, and sees the benefit of them for recorded music, he is not so convinced about streaming. “I do not think people should have music for free, it is not right, and it will be the end of it if it carries on like that. It is not a matter of getting rich, it is about making a living for some people. The only way people can do it now is play live gigs, which we can’t at the moment, and sell their CDs there.”

Procol Harum’s most recent album, Novum, was released in 2017. And although he is promoting the new EP, I was curious as to any future projects. “I’ve been working on some ideas, because that’s what I do. I like to write songs. I’m working on some different things,” Brooker remarked. “We haven’t got together but I am sure we will. But having found “Missing Persons” and “War Is Not Healthy”, I want to get them out there.”

Brooker did mention that more reissues are to follow, especially his three solo albums. “We are working with Cherry Red and Esoteric, work in progress. It is in the works.” The recent reissues from Cherry Red/Esoteric have been outstanding. And, much to Brooker’s delight, Procol Harum continues to attract younger fans, who are digging into their catalogue and enjoying the older music, and Brooker has noticed this during recent tours. “Not all beards and bald heads,” laughs Brooker. “But there are younger people at the shows. The good thing about that is that they like Procol Harum. But we never really followed fashion. Most things don’t sound dated. The music, lyrics and recordings, hopefully sound good today.”

For the time being, Procol Harum fans, and music fans can enjoy some new music from the classic band. It is an EP full of great music and classic sounding Procol Harum. “Missing Persons (Alive Forever)” and “War Is Not Healthy” can sit comfortably with other classic Procol Harum works. But, sadly there may not be any more lost gems. “Unless I find a big box somewhere, I think we might be at the bottom of the barrel.”

Born and raised in Whitby, Aaron discovered music through his love of The Beatles. This led to a career in radio, writing for various publications, and ultimately a radio show about The Beatles (Beatles Universe), which ran for over four years. When not immersed in music, Aaron enjoys spending time with the loves of his life -- his wife Andrea, and daughters Emily and Linda (all of whom have an intense love of music too).
RELATED ARTICLES
cherry red recordsesoteric recordingsfeatures
9.0