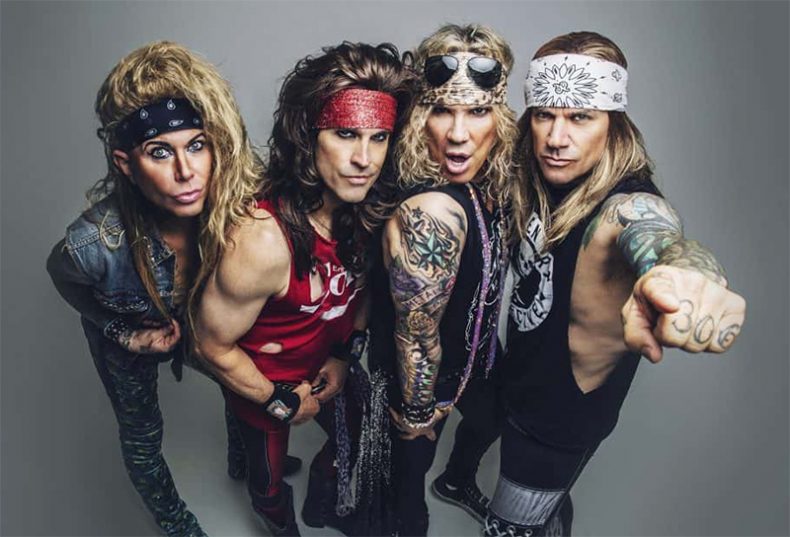 Few bands if any within the last twenty years have better embodied the mantra, theatrics, and lifestyle of sex, drugs, and rock ‘n’ roll better than Steel Panther. The glam metal band of today became notorious for their outrageous and humorous lyrical content set to hard-hitting, original music, with an image and attitude that pays homage to the rock culture of the ‘80s. With their fifth full-length album, Heavy Metal Rules, due for release on September 27, the band is gearing up for an extensive North American tour. Having already released music videos for lead singles “All I Wanna Do Is Fuck (Myself Tonight)” and “Always Gonna Be A Ho”, bassist Lexxi Foxx gave an inside look to one of their biggest years to date. 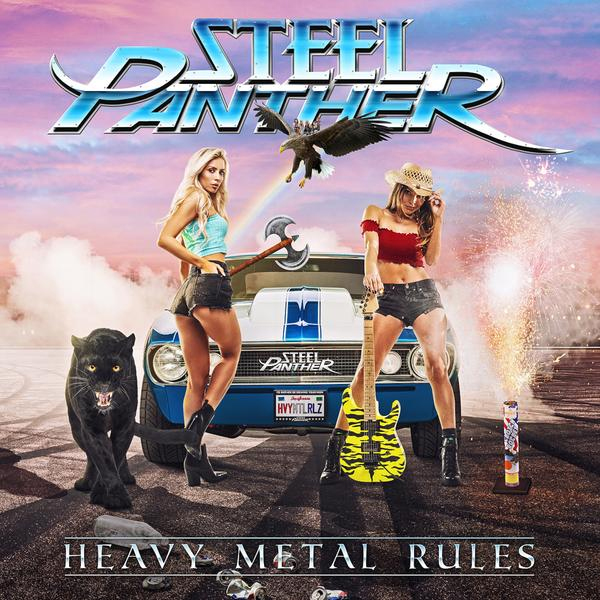 Clocking in at over nine minutes –featuring its own blooper reel and alternative takes – the music video for “All I Wanna Do Is Fuck (Myself Tonight)” is beyond ambitious and lands as truly incredible. Paying homage to The Hangover, the video follows the band on the night before lead vocalist Michael Starr’s wedding in none other than fabulous Las Vegas. After a couple of jokes and a warning not to party too hard from his fiancé, played by Syd Wilder, Starr wakes up in his suite, hungover beside another woman and a blow-up doll, and embarks on a journey to find his bandmates. “Satchel wrote that song about me actually, ‘cause nobody at the bar is hotter than me, so that’s what I do” Foxx tells me making it all the more fitting that he is found stripping against a pole while bills rain onto the stage. Drummer Stix Zadinia is then found playing Russian roulette with a quick cameo from comedian and Vegas regular, Carrot Top, “Dude we even got Carrot Top to party with us” Foxx exclaims. Finally, guitarist Satchel is found at the altar with Starr’s bride to be. Humorous sexual innuendos and dick jokes aside, the reoccurring shot throughout the video is the band performing on the back of a flatbed truck driving down the Vegas strip. Foxx explains, “It was a blast, it was a really fun video to do, you can tell we were partying the whole time… They closed down the strip and we did that shot at nighttime on the down low – it was freezing and we were hammered – but we were actually playing the whole time… It’s pretty bitchin’”.

Speaking on Heavy Metal Rules, their upcoming album to be released later this month, Foxx tells me “it’s one of my favourite records ‘cause all the songs are different from the songs we’ve had before. They’re just really different – a lot of the songs are just about experiences from us touring so that’s cool as well, it makes for a really good record”. He continues, “it’s different ‘cause it’s about all the chicks we had sex with on the last tour, but not the chicks from previous tours that we wrote the other records about. It talks about partying, chicks being hos, and me, so it’s not like our other records at all”. Regarding the writing process, he explains, “Satchel often comes up with a lot of music and we’ll all get together and basically just think of what good song ideas that we can write about. It’s literally us getting together and thinking of what cool, bitchin’ things we can write about – mostly when we’re high or drunk, that’s why there’s a lot of bitchin’ party songs ‘cause we’re usually hammered when we write”. 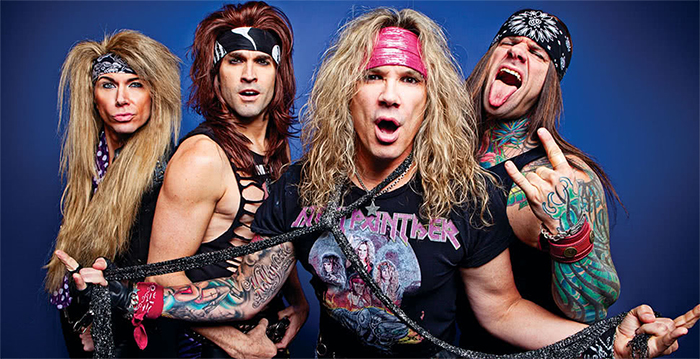 With the release of Heavy Metal Rules coming up, Steel Panther will be hitting the road shortly after for a North American fall tour, with the band hitting up Toronto’s Rebel on December 2. Referring to the 2018 Pussy Melter guitar pedal controversy, Foxx gets to the heart of what fans should expect from both the record and the following tour, “we’re keeping it the same; it’s what we’re about. We’re gonna stay true to our roots and bring heavy metal back, that’s what we do. We don’t wanna change anything up for others, we’re keeping things bitchin’ and kick ass and the fans love it”. He continues, “the Pussy Melter was a big deal for us, but people bought it; it sounds amazing. The Pussy Melter rules”. Furthermore, Foxx was absent from a string of dates earlier this year due to a stint in sex rehab – “sex rehab, that’s right. The last tour, I was just going crazy. I couldn’t control my wiener… I’m back on track; I’m just more selective now, I only fuck the really really hot chicks, but I’m learning to deal with it” – but he’s back with the band, promising a tour full of old favourites along with plenty of material from Heavy Metal Rules. Whether you find their sense of humor tasteless or not, 2019 is gearing up to be a huge year for Steel Panther, and the more Foxx tells me, it truly is an exciting time to be both a fan and a member of Steel Panther.

A passion for music has always been a part of Gerrod’s life. As a young boy, he was raised on a steady diet of the music from The Chili Peppers, Aerosmith, The Stones, Prince, and others from his mum. Raised in the GTA, Gerrod continued to foster his love for music by attending a wide range of concerts and learning the drums. His unapologetic passion for music has no bounds and has spread to a wide variety of styles, whether it be the 90’s rock that sound tracked his teenage years, the jazz he studied in university, or his newfound love for hip-hop. He recently received his bachelors in music and education from York University and is passionate about writing and reviewing good (and less than good) music. Gerrod is also the drummer and songwriter for a Toronto based rock & roll band, One In The Chamber.
RELATED ARTICLES
all i wanna do is fuck (myself tonight)featuresheavy metal rules
7.0