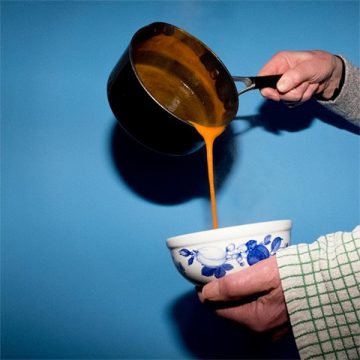 With the release of new album A Picture of Good Health, it seems like LIFE is trying to make a statement with a personal yet political message they want the world to hear.

Standout moments on this album, such as “Good Health”, “Grown-up”, and “Hollow Things”, show that although this band is brand new, they are eager to create a sound that is as passionate and as original as their previous album Popular Music. While “Hollow Things” doesn’t have the same harsh tones and punch as most of the tracks, it is easily still one of the best tracks due to its clever lyricism, while still keeping in tune with its authentic punk roots.

Overall, LIFE is moving in the right direction with their latest LP. While still keeping the sound of Popular Music that made so many heads turn, the band is also proving with this installment that they are not afraid to make waves and try different sounds as “Hollow Things” has so clearly shown.  A Picture of Good Health is more than just a great nostalgic ride through early 2000s punk roots, it’s a testament to what happens when a band really enjoys what they do. The sky is the limit for LIFE, and it’s only about to get better from here on in.