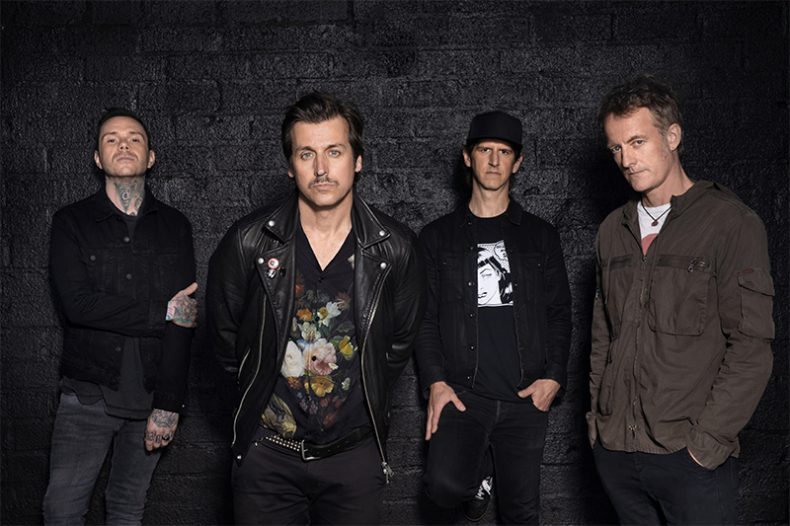 A CONVERSATION WITH DUNCAN COUTTS OF OUR LADY PEACE

Twenty years, and many accurate AI predictions later, Our Lady Peace members deemed it time to revisit the concept of their fourth album, Spiritual Machines, in their latest must-hear release. Again featuring the voice and words of author Ray Kurzweil, Spiritual Machines II takes on excerpts from his upcoming novel, and makes many more bold assertions for the future of technology. With the theme taking shape after writing the hit single “Stop Making Stupid People Famous”, the group was able to lean into the idea, both within the lyrics and the delivery of this revolutionary LP.

The Canadian post-grunge alt rock group solidified their format into the new category of Future Rock with an unprecedented album pre-release. While now available to the masses, Spiritual Machines II got its first listens as part of the band’s foray into the oft-misunderstood world of non-fungible tokens (NFTs). Gaining plenty of steam at the moment, NFTs are digital assets, often representing real world collectibles such as originals of art, film, music, and even in-game items. Encrypted with a digital footprint in much a similar fashion to Cryptocurrency, owning an NFT is both bragging rights, and an investment. For Our Lady Peace, this uncharted territory presented an option to connect with their audience in a more robust and direct way, cutting out algorithms, middlemen, and conventional thinking. Joining the physical with the digital, OLP stepped into the future over several US live shows, allowing early adopters to test out lead-singer Raine Maida’s new app; Drrops, as a gateway to NFT purchase. Using geo-location to grant access to the limited sale, a lucky group was given the option to purchase one of only 500 specially-marked digital album copies, merchandise, and even owning “moments” of the live event itself. On the successful NFT implementation, Maida added “We have firmly embraced this critical intersection between music and tech and are leveraging the power of the Blockchain to build better communities and change the way we distribute music. This is a first and we thank all our fans for taking this step with us.” 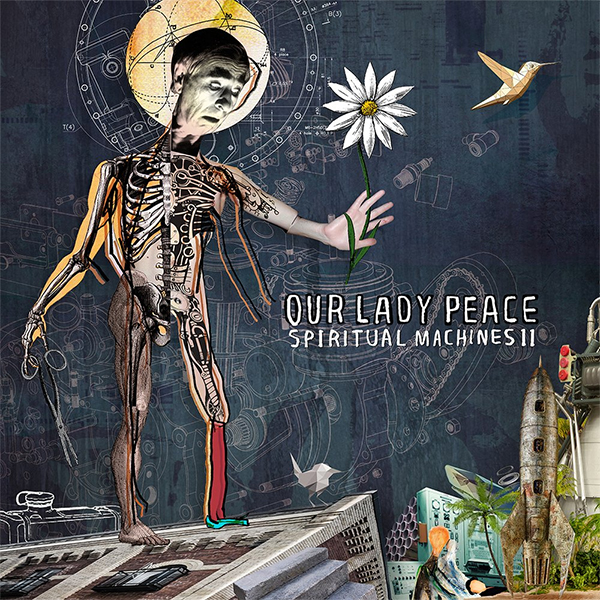 With the limitless potential of NFTs in their sights, OLP also takes to more traditional tech-based formats, interacting over Facebook (Meta), Instagram, and Twitter, while also building a slightly more intimate digital community over Discord. Gone are the days of the fan interactions being limited to the concert experience. Today, and the ever-changing tomorrow, the band looks to a fully immersive experience, while asking the audience to be a part of the journey at every intersection.

Another new bend for the band, “Stop Making Stupid People Famous” welcomes their first-ever collaboration. When realizing the political potential in the song, the group reached out to Nadya Tolokno of the feminist protest punk rock group Pussy Riot. A long-time friend of the album’s producer Dave Sitek, and a musician who’d crossed paths with Maida years earlier, she seemed a natural fit with her music’s loud lyrical impact. The punchy song delivers a powerful message, in a tongue-in-cheek package, with a colorful music video, and a confident irreverence. Not only does the song invite a scrupulous lens onto today’s socialite/Insta-fame stardom, but opens a wide door to OLP’s counteracting new program; Future Famous. The project puts the deserving spotlight on talents and impactful people across fields including arts, music, environmentalism, science, and beyond.

Shifting back to discussing the group’s own success, bassist Duncan Coutts reflects on 25 years since their iconic second album, Clumsy, was released, and all the growing, and growing up they’ve done. “I look at it more as a family than as a business … we’re like a bunch of brothers that love each other and hate each other” Coutts laughs. “You change as people, you grow, you have your own families, you read, you get influenced by people you surround yourself with who aren’t just in the band, and you learn new things. Hopefully you come back … and you bring new ideas to the table … I think that’s just the natural progression of people that can communicate with one another and push each other”. 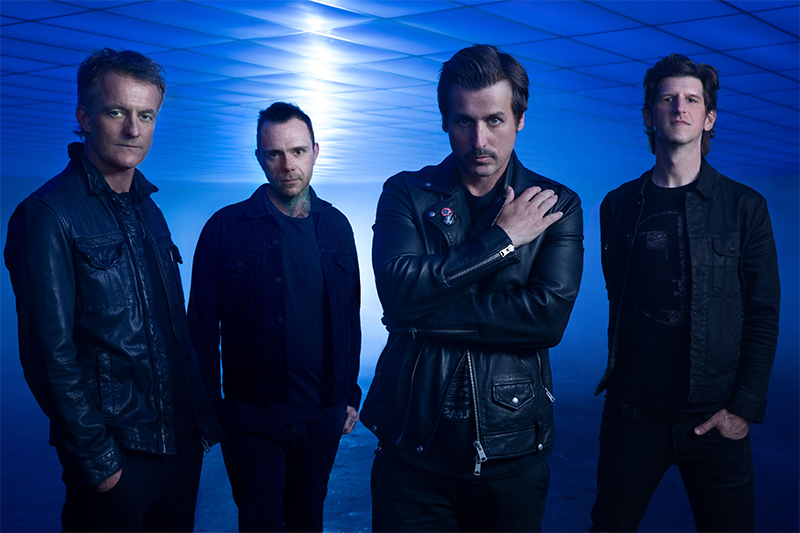 Keeping with the humility and groundedness that are largely expected from musicians with such strong political and ethically-charged lyrics, Coutts couldn’t name a favorite OLP song. He cites moments on stage each night as being his most cherished, while noting he’s probably most proud of the fact that they’re “still pushing each other enough that people want to talk to [them] … and don’t just want to listen to the old music that’s familiar, but want to check out the new music that may make them look at things differently”. He adds “we never look back as a band, we always look forward. The time to look back is when you’re retired”.

When asked to share some of that forward-looking approach, beyond the big picture predictions of UBI (universal basic income – a standardized wage globally, shifting from an economy-driven market) and other “Kurzweilisms”, the near-future holds a decent bit of unknown for the group as the pandemic continues on. Once global stages can again welcome the sounds of their anthemic hooks, synth riffs, and distinctive modulated vocals, the future of Our Lady Peace gleams bright, with a less-than-nuanced air of mystery. “We’re going to try and do something really interesting with this next tour. We’re going to bring the show into smaller venues [where] it has no business being there. We’re doing something really interesting with Ray Kurzweil, and maybe others. Nudge, nudge, hint, hint.” teases Coutts.

A colourful listen, holding all the angst, grit, and near-therapeutic big-thinking expected from Our Lady Peace, Spiritual Machines II is an open invitation to connect with the musicians, and another flawless impressionistic brushstroke. Step up to their crystal ball, click into their digital network, and walk right into the future of music and mind.

Emily Rubin is a lifestyle writer who focuses most of her efforts in the fashion & digital marketing spaces. She forayed her modern version of pen to paper time into the world of Spill Magazine to uncover new music aside from the “Discover” playlist on Spotify. With an eclectic musical palette, Emily reviews a wide host of tunes for Spill, but her concert coverage exclusively explores the scene of her native Montreal.
RELATED ARTICLES
bmgfeaturesour lady peace
8.0