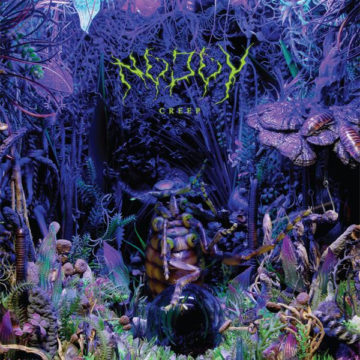 Montreal shoegaze band, No Joy, composed of the duo of Jasamine White-Gluz and Laura Lloyd, formed in 2009 and have released numerous EP’s and singles, along with three full-length studio albums – Ghost Blonde in 2010, Wait to Pleasure in 2013 and More Faithful in 2015. With the new EP Creep, the band’s main songwriter, White-Gluz, steers the material in new directions, drawing on varied influences ranging from industrial to New Age. Along with co-writer and producer Jorge Elbrecht (Violens, Ariel Pink, Tamaryn), the pair create a soundscape that is both familiar and fresh. As a tip of the hat to their DYI style, No Joy recorded the tracks on Creep in Montreal at Gluz’ Little Italy apartment. Nevertheless, the sound is huge. The new EP Creep ups the ante for No Joy in their quest to distance themselves from the traditional rock band formula.

Gerry Young is President of Current Records and Management, and author of the 2011 biography Pop Goes The Weasel: Rock And Roll Off The Record, available at Indigo/Chapters, Barnes & Noble, and Amazon.com. He has recorded and managed Juno Award winning bands Martha And The Muffins and The Parachute Club among others.
RELATED ARTICLES
album reviewscalifonegrey market
8.0