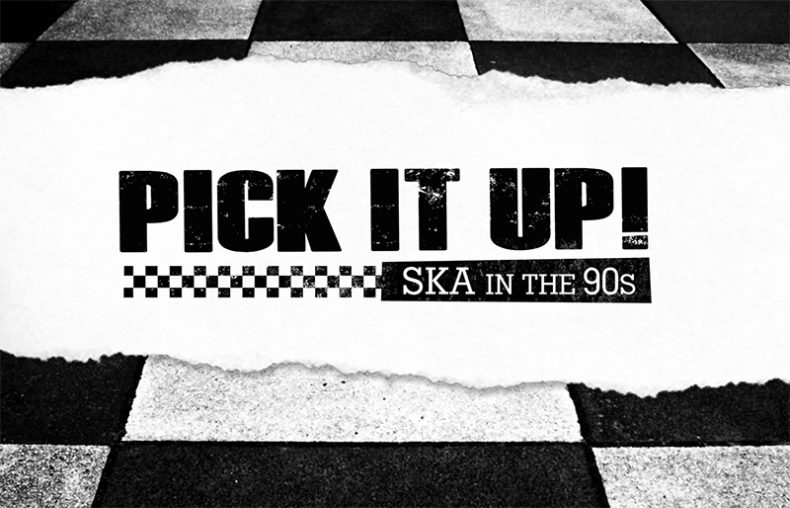 Built on the back of an incredibly successful crowd-sourcing effort, Pick It Up: Ska in the 90s is the passion project of Taylor Morden, who is both a longtime ska fan and musician, and an aspiring documentarian. A trumpet player himself, Morden found himself in love with the genre from the first moment he heard it, and thus it is through an incredibly authentic lens that the film is being made. Though hesitant to share too many of the details, the crux of the film is based on the appeal of ska to its listeners as well as the ingredients, the almost serendipitous alchemy, that allowed for the third wave of ska to rise and crest during the mid to late 1990s. The documentary tracks the history of the genre from its roots in Jamaica and other islands in the Caribbean, to its progression upon reaching the UK and melding with the blossoming punk scene, onto the shores of the USA which is the majority of the film’s focus, and finally to its status present day as an active and vital genre.

Ska has long been a bit of a niche genre, tucked neatly within the all-inclusive umbrella of punk, but with a passionately loyal and energetic fan base. To Morden, the biggest draw of the genre seems to be its ability to emote positivity and good vibes. In our interview he stated that ska “is a feeling.  It picks you up (pun intended).  Makes you feel something positive.  It’s hard to be bummed out listening to ska.  Also, there’s often a strong message in the music, it’s incredibly dance-able, and the fan-base is amazing; you meet really great people at a ska show.” Like its elder cousin punk, ska is also a genre that prides itself on acceptance, which has long been one of the most distinctive and impressive characteristics of the genres. There is a feeling at a punk or ska show that truly everyone is welcome, and that the music and performers alike are defined by their desire to question the status quo. Rarely overtly capital P political, ska musicians have never strayed from rocking the boat or from asking questions that others are afraid to. Again from our interview, Morden stated that he had always admired and identified with “the political aspect of ska, the idea of two-tone black and white checkers representing racial equality, all of that.  Almost every band we spoke with for the film, mentioned the inclusive nature of the ska scene, and you can see it first hand at most ska shows.  I think bands like Fishbone and the Bosstones do a great job of keeping the underlying messages of inclusion and fighting the status quo for sure, but there are tons more, especially some of the younger bands that are playing these days.”

Like many of the bands interviewed in the film, Morden describes ska in layman’s terms as “fast reggae” and points to The Interrupters as a band that seems on the cusp of carrying the flag for the next generation of ska, a fact that I personally would echo based on their performance at Toronto’s final Van’s Warped Tour this summer. Regardless of the direction it is headed next, there is little doubt that ska as a genre is as vibrant and authentic as ever, with many of the most important and significant bands of today able to point their fingers to the third wave ska revival of the 1990s as the motivation for their own immersion in the genre. There is also little doubt that this documentary, with the authentic passion of Taylor Morden behind it, will both shed new light on a crucial moment in alt-rock’s most defining era and open doors for a host of new fans to one of alt-rock’s most effusive genres.

Br. lives in southern Ontario, grew up on The Beatles and The Journeymen, spent his adolescence immersed in grunge, and his adulthood in British alternative. His greatest joy is seeing his son dance and grow into his own appreciation of the indescribable joy of music...
RELATED ARTICLES
documentaryfeaturesska

by SPILL NEWS on July 25, 2016
THE RANGE ANNOUNCES DOCUMENTARY AND EP RELEASE + MTL SHOW AT OSHEAGA JULY 30th A DOCUMENTARY ABOUT HIS RECENT LP POTENTIAL AND ACCOMPANYING SOUNDTRACK OUT [...]