Features
207
previous article
SPILL ALBUM REVIEW: IDLES - JOY AS AN ACT OF RESISTANCE
next article
SPILL FEATURE: PICK IT UP: SKA IN THE 90s - A CONVERSATION WITH DOCUMENTARY DIRECTOR TAYLOR MORDEN 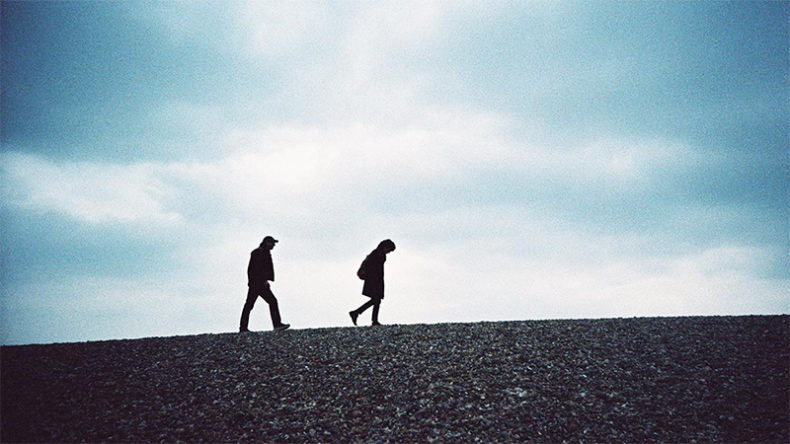 A CONVERSATION WITH COLIN NEWMAN & MALKA SPIGEL OF IMMERSION

Immersion is a band that has been around for quite some time. Their debut album appeared in 1994 (Oscillating) and in 1999 they released their third studio album, Low Impact. Then silence, the band, featuring Colin Newman (of Wire fame) and Malka Spigel (of Minimal Compact fame) seemed to be finished. That was until 2016, when they returned with Analogue Creatures Living On An Island.  This year Immersion released a new album, Sleepless, and completed a very comprehensive tour of North America.

“It was the right time,” says Colin Newman during a recent conversation. “We had the space to do it. Doing Immersion is the most freedom, no rules. We actually had Matt Schulz, of the Canadian band Holy Fuck join us on a few dates. He is a great live electronic band player.”

Newman and Spigel formed Immersion many years ago. “We are a couple and we have been working together since the 1980s,” adds Newman. “We moved to London in 1992, and set up the same studio we had in Brussels, and we recorded Malka’s first solo album (Rosh Ballata, 1993) and in 1994 we formed Immersion.”

“There is more freedom with Immersion,” says Malka Spigel. “No real structure, just music. And there is more equality. There is no one in the front, just two people making music. Really it is very free, with no big egos.”

As a couple, who have their own studio, their creative process and the manner in which they work is not always the most conventional. According to Spigel, “we go into the studio and start with guitar and drums, the next person comes in and plays something, then I will go in and add something.” “The structure comes in from the recordings,” adds Newman. We are both minimalistic but we like layering, put a couple of things down, once the actual song is established. Malka is one of those people who you put an instrument in her hand, she comes up with something pretty quickly, really we have no patience. We are not sitting around and waiting.” “We feel very quickly if something is working or not. If not, we don’t bother, we don’t like wasting time,” agrees Spigel. “We collaborate in the studio, but when we do record or write, we just do it. The longer you take, the more you get lost, you can lose focus of the music. We are very efficient.” 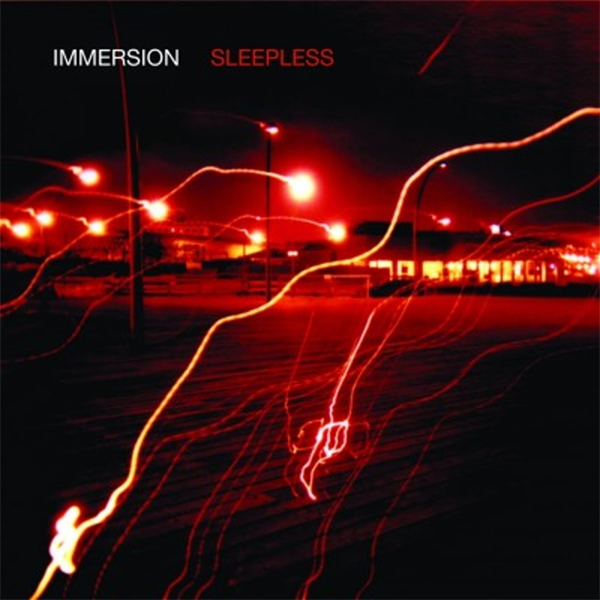 For both Newman and Spigel, Immersion is not about hits and the money. For both artists, it is a chance to create in freedom. “We don’t expect a lot of money,” says Newman. “This process can be fun. I do spend time working in the office all day, running two labels, so Immersion is fun. A few people got this record but there are zero expectations. Immersion was never famous. So when we came back to Immersion, after 18 years, it was like a clean start, starting from scratch in a sense. “But the question becomes how do we create an audience for Immersion. One way is word of mouth. Malka and I curate a something called Nanocluster in Brighton. Immersion plays along with other bands. We play our set and each artist does then we collaborate. But it is not a jam session, we work out everything before hand. It is nothing conventional.”

These shows and the new album led to a tour, which included a very extensive North American leg. “We did a few shows in the 1990s, but it was just triggering samples. We want to do live shows without the use of computers. It is a big turn off for the audience to see someone standing there looking at a computer screen. This time around half the tour was with Matt (their drummer), which is a very interesting experience having a live drummer,” explains Newman.

“We did North America coast to coast in a car. Our first stop was Salt Lake City, which is not the number one market for Immersion, and the audience was pretty small,” laughs Newman. “But a few young people came up afterwards and they were saying ‘best thing I have ever heard’, and they were buying CDs and one person said ‘I’m going to play this for everyone’. So word of mouth helps out a great deal. A lot of care and effort went into our music to make it sound great. It is great when it gets noticed. We have tried to connect with the electronic scene in North America”

“Immersion is our own thing, there is really nothing to compare it to,” adds Spigel. “But there is no question, the music business has changed. It is hard getting an audience but both Malka like to make new music,” adds Newman. “We have worked together a long time, including another band, Githead, which came to a natural end. So we focused on Immersion now. It is important to stay fresh”

Newman has been busy with Immersion and preparing the most recent Wire reissues (“they are designed for people who have bought the albums three times before” says Newman). So Immersion was a chance to get be more creative.  “Doing the album and tour with Immersion has been very cathartic,” agrees Newman. “Yes, it is very freeing,” adds Spigel.

Born and raised in Whitby, Aaron discovered music through his love of The Beatles. This led to a career in radio, writing for various publications, and ultimately a radio show about The Beatles (Beatles Universe), which ran for over four years. When not immersed in music, Aaron enjoys spending time with the loves of his life -- his wife Andrea, and daughters Emily and Linda (all of whom have an intense love of music too).
RELATED ARTICLES
featuresholy fuckimmersion