SPILL FEATURE: ODE TO OPTIMISM – A CONVERSATION WITH GIANNI PACI 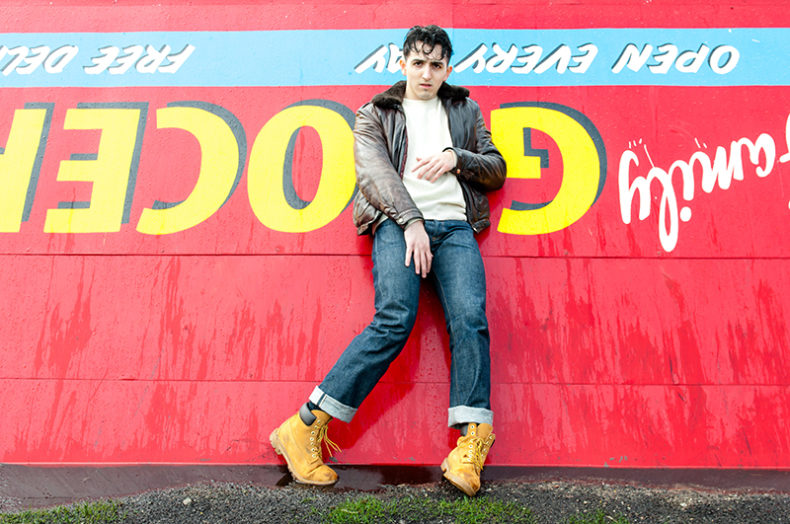 A CONVERSATION WITH GIANNI PACI

Gianni Paci is a young artist, and as a solo artist he has released three EPs. His most recent solo EP was released in 2017 (I Tried To Right My Wrongs, But I Made A Left). Although young in age, he already has quite a resume when it comes to music. As a studio musician, he has played with Jon Anderson, Gail Ann Dorsey, and Mike Keneally. On stage, he has played with Ace Frehley, Mike Starr, and Steven Adler. He even toured with Butthole Surfers. He was also a member of the brilliant Pine Hollows (who released two albums: The Pine Hollows in 2011 and Something My Heart Understands in 2013) A lot of work for a young artist. He even played CBGB.

‘Yeah, well, playing CBGB’s was absolutely incredible. I’ll never forget the smell of that place! Before leaving, I ripped off a huge chunk of the wall, but being as young as I was, I returned it when asked by the club management. Obviously, now I wish I kept it,’ says Paci.

Paci has been playing the guitar since he was a child.

‘The guitar was actually a Christmas present for my sister, but after it sat in its case for almost a year in the laundry room, I was the one who dug it out and dug into it. But I was writing songs before I played an instrument — silly sort of things when I was six, seven, eight years old, up through age eleven when I started playing guitar. I actually have some of those things recorded on a little quarter-inch tape recorder, or scribbled in some notebooks.’

Having been in a band, and working with others, Paci has gone completely solo for his new EP I Tried To Right My Wrongs, But I Made A Left. And solo means solo. 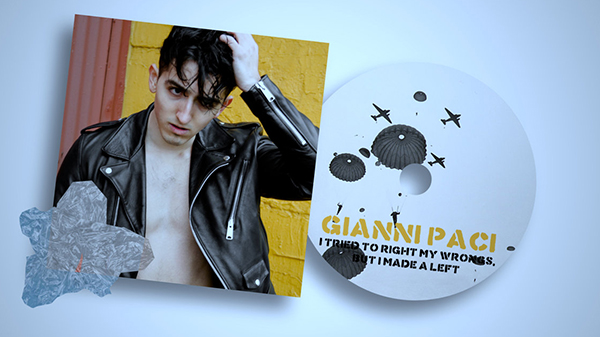 PURCHASE I TRIED TO RIGHT MY WRONGS, BUT I MADE A LEFT VIA BANDCAMP

‘I play all of the instruments on the new release. This is the first official release I’ve put out where I recorded everything front to back all on my own. I’m quite happy with the way it turned out. There is a rawness and immediacy to the music that I think makes it more interesting. It’s not polished or perfect.’

Not many artists play all their own instruments and produce themselves. Paul McCartney, Stevie Wonder, and Prince, are three artists that come to mind. And listening to his music, one can see that Paci has not only been influenced by the greats, but has a great deal of knowledge of their art. And he has often been compared to artists such as The Beatles and even Buddy Holly. His current EP has drawn comparisons with George Harrison. As a young artist, how does Paci feel about being compared to someone like Harrison?

His current music video is also drawing positive reviews, and it also has deep meaning for Paci.

‘The video for “If You Believe It’s Alright” is a riff on the spiritual overtures made in the song itself. I wrote that song as a kind of ode to optimism, when I was at a crossroads in life, but feeling very good about all of it. So the sunniness of that sort of mystery carries over into the visuals, with the Virgin Mary statue in the back, always watching over me,’ says Paci.

‘You know something,’ Paci continues. ‘If I had a choice, I might have chosen an easier path. Like the song says, “I tried to right my wrongs, but I made a left.” I am guided by the spirit of what comes through me. I write all of my music from a place of needing to. So these songs come about because there is something I have to work out in the course of writing them. In that way, I think the songs speak for themselves as far as what I’m getting at or what I’m trying to say. It’s all there in the music and lyrics.’

Paci is a young artist, and in many regards at the beginning of his career. Perhaps the comparisons with the classic artists is a weight to bear, but Paci does not seem to let it affect him. He continues to make music and will continue to do so. As an audience, we will get a chance to see him grow as he learns and develops. At this stage, however, he does not have any message for the listener.

‘I think that’s the sort of thing that reveals itself over the course of one’s career. I’m just getting started, really.’