SPILL FEATURE: IT’S HARD NOT TO FEEL LIKE AN ANACHRONISM THESE DAYS – A CONVERSATION WITH MEAT PUPPETS DRUMMER DERRICK BOSTROM

IT’S HARD NOT TO FEEL LIKE AN ANACHRONISM THESE DAYS

To say the Meat Puppets have had an interesting career trajectory would be barely scratching the surface. Starting off of with a dynamic stoner rock act that engaged audiences to the extreme, it didn’t take long for the band to begin experimenting further with post-punk styles, lending in the calmer aspect of a drugged high.

Reel the tape forward through featuring on one of the most famous live albums of all time (regrettably not their own) and a hiatus lasting a quartered-century, and we have upon our hands Dusty Notes. Admittedly aptly named, the record takes one back to twanged melodies that would fit into place between a country shelf of ageing vinyl.

To discuss the recent happenings, their career, and the music industry in general, we catch up with Derrick Bostrom, drummer for the Meat Puppets. Having been a part of the original line-up, Bostrom talks about coming together after the 25 year break:

“The original trio reunited on the occasion of their induction in August 2017 to the Arizona Music and Entertainment Hall of Fame. Previous to that, I hadn’t been in contact with the Kirkwoods for two decades. I never saw it coming; I had put my past behind me.” 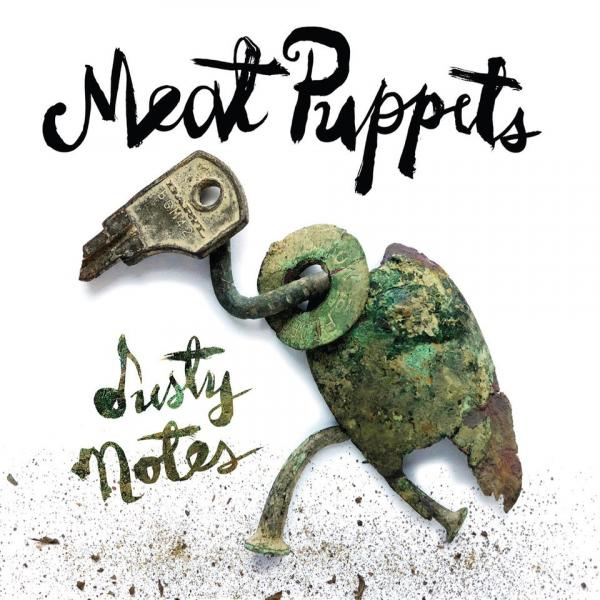 Evidently not; perhaps the past always lingers on, amongst the Dusty Notes, if you will.

The album does sound notably different compared to their tracks from back in the day. More thoughtful and an in-the-moment, homey feel makes its way into the album which wasn’t the case with records like Too High to Die.

“Curt had the itch to write a series of simple melodies on the acoustic guitar. This was the basis for “Dusty Notes,” allowing plenty of room for newcomers Ron and Elmo to contribute, while Cris and I got to add our own patented secret sauce for the first time in decades.”

Indeed, while Curt built the songs ground up using an acoustic, his son, Elmo, appears behind much of the electrics. He and Ron are two welcome additions to the original trio, very much part of the band, and seem to have livened up the creation and recording of Dusty Notes.

“For me (Derrick), it’s been a kaleidoscopic roller coaster of fun. I never wanted to play with anyone else but Cris and Curt, and now I can add Elmo and Ron to that list. Every time we get together, it’s like Christmas morning all over again.”

“The enthusiasm of friends family and co-workers to the induction was infectious. Once I got on the phone with Curt, I discovered that he was as excited as I was. The relationship thus renewed, Curt contacted me when their previous drummer decided to move to Europe. I immediately accepted. Turns out, I missed playing music more than I thought I would.” 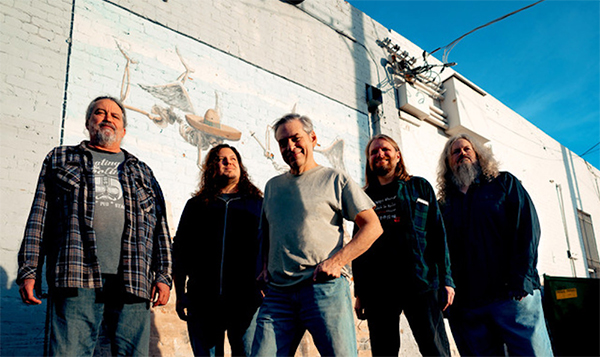 It would be a shame if Derrick Bostrom did not miss playing, indeed. Meat Puppets today represent an era almost foregone, but forever an important part of our history as musicians. However, over the years, the industry has changed as it was bound to.

“It’s hard not to feel like an anachronism these days. We’re like Benny Goodman or something. When I was a kid, rock albums were the secret lingua franca of my generation. It’s where we got most of our information about what was cool.

“Nowadays, with so many other channels of communication open to us, the music seems almost superfluous. That’s okay though, because I like background music.”

The oversaturation of the music industry is a common sentiment expressed in the industry today, but it is hard to imagine a band like Meat Puppets fading into the background. Except on the same stage as Kurt Cobain, of course; an otherwise pivotal point in the careers of pretty much everyone that night, playing for one of the most successful live albums that has ever been released.

“Not only did the Unplugged project expose the band to a much larger audience, it was a financial windfall for us, the likes of which we haven’t seen before or since. This allowed me to avoid having to find a real job until six years after our 1996 hiatus.”

It was a shame to have seen him gone, but they’re back together, and going, I daresay, strong as ever.

“After a brief jaunt on the west coast, we will spend the better part of two weeks on the east coast, then head to Europe in June. That’s the bulk of our travel plans, though we are picking up onesies and twosomes along the way. Check our web site and our Facebook page for late breakers.”