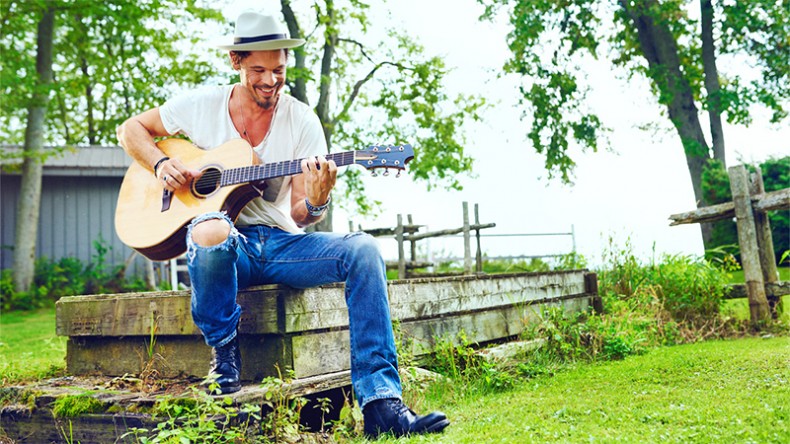 His first solo album Secrets has provided a wonderful opportunity for Spill Magazine to enter into conversation with Canada’s own Ian Fletcher Thornley. This humble and talented artist was very open in sharing his thoughts on the recording process and the songs that make up this acoustic and most personal album to date. The album is a departure from the usual, fast paced, but hard pounding signature style he so faithfully executes with Big Wreck. The first difference here is that for the first time, an Ian Fletcher Thornley album is getting the vinyl treatment.

Records as a medium have made a comeback of sorts into our collective consciousness. Some listeners have never left the medium, some young ears have just discovered it, and some not so young ears have made a steady return. The debate over the sonic superiority of analogue recordings versus its digital counter parts continues to spark food fights at the local Starbucks, but what is clear, is that the insatiable appetite for records is back.

It is a bit strange. Since the 1997 release of In Loving Memory Of…, none of his work has been previously released on vinyl. Ian explained that looking back, it all does indeed seem strange. “There are a lot of hands in the recording process and the question of format is something that usually happens at the end of the recording session. I have always desired and pushed hard for our songs to be released on vinyl, but somehow that has never happened”. The good news for Big Wreck and Thornley fans is that Secrets will be released on two discs and will be available in Canada on December 11th. Mine has already been pre-ordered.

Ian is awaiting the release of Secrets along with everyone else. He mentioned that he has a sincere hope that this creates a passionate demand for more releases. “I would love to see the first two Big Wreck albums on vinyl as well”, he said. There are many who share his sentiment.

Recording Secrets in the digital age offers benefits like no other century. On his Facebook page, producer Mark Howard has numerous photos that capture the recording process. If you make your way there, you will be treated to pictures of numerous instruments competing for space. Cables and stands flowing in every direction. You will also have the opportunity to view breathtaking photos, of our beautiful Northern Ontario landscape. There are even photographs of some of their simple meals, not to mention a close up of the Maple Bacon potato chips which must have made some impression to receive special treatment. 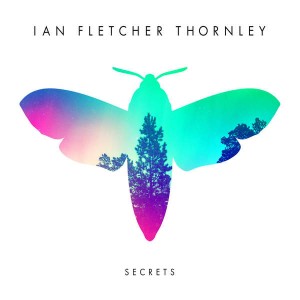 “We recorded the album over twelve days”, Ian remarked. “Seven of the tracks were written over the last few years, but the rest were composed during the session. I am an early riser and found myself on the porch, in the quiet of the early morning, strumming my guitar and writing songs”.

This was a very peaceful process. “I have faced a lot of personal struggles recently and felt I needed to get away for a while from the pressures of life and the routine of living. I just immersed myself in the music”.

The eighteen hour days in a simple, tiny cottage, have produced his most personal album to date. “It was difficult to move anywhere without running into somebody or something. I had to share the room I slept in with some of the speakers, because we just didn’t have the space”, he said.

The producer of Secrets was Mark Howard. He is a very experienced producer that has well over forty years of accolades and credits to his name. He is best known for his tireless work with the legendary Daniel Lanois but that doesn’t overshadow his behemoth track record. “It was amazing to have a chance to work with Mark”, Ian said. “He has the who’s who resume of the music industry. If you can name a great album, he probably had his hands in it”.

Ian Fletcher Thornley is no longer the new kid at the dance. If you take the time and energy to read through the interviews and articles that have been published over the years, a picture emerges of an artist engaged in a struggle with the music industry, or rather the commercial side of the music business. This musical angst often requires a delicate balance between the love of creating music, and the pressure of doing business. This tight rope balancing act has always fascinated me because every artist has their own unique way of getting through it. This interview gave me the chance to inquire how Ian sees himself within the power structure of the music industry today.

He remarked that he is comfortable. This is partly because of his familiarity which he had gained over time, and the personal relationships he has made over the years. There are moments though, and they come from time to time, that shake his soul. “There are moments and days that are tough. I take creating music very seriously. For some people though, music is nothing more than a consumable product. Some record companies look for the next money making hit, and many people spend only fraction of a moment listening to a song before they consume it and move on to the next one”. It doesn’t make the load easier, but Ian is very much at peace with the process. The music industry is and will always be what it is. He added that he felt very blessed to have the opportunity to just make music. “It is a great privilege to share that experience with the fans”.

His fans recently received a very unusual treat with the release of Secrets; a science experiment!

Ian Fletcher Thornley launched his new album at McMaster University’s Digital Music Lab. The experiment was fittingly titled “The Science of Secrets”. On October 30th, Ian and his band performed live, while the Institute for Music and the Mind (MIMM) monitored them, as well as the two audience groups (fans and random subjects). This was a unique opportunity, not only because it was a release party, but because it was a chance to explore the human response to music. All three subject groups were monitored through (a) galvanic skin response which measured arousal and excitement based on sweat, (b) heart rate, and (c) motion; measuring the degree of movement during the performance. This is the first album launch of this kind. Having some time to reflect on his performance, Ian enthusiastically acknowledged that this was a “cool experience”. “I had an MRI done, along with other tests to see how music affects the human brain. We were all involved in a truly unique experience”. He was not sure how long it would take for the conclusions to be released, but felt very confident in the results. “I cannot wait to hear about the findings”, he said.

The new album is full of amazing songs. It also has tender, thoughtful lyrics. Fans will have their own favourites I’m sure, but what about the artist? “This is very complicated”, he said. “It is a difficult question to answer. Musically, I change my mind a lot and gravitate to different pieces for different reasons. At the moment, what resonates with me the most is the song Feel”. “But that I am sure will change in time”, he chuckled.

Perhaps the most personal track on the album is the song All Along (for Sophia). It is a song dealing with familial longing created by distance, and written for his beloved daughter. The song has never been performed live and is very close to his heart. “As a track it is not technically difficult”, he explained. “But it was the hardest song on the album to record. It is very personal. I had a difficult time getting through it. I was very choked up”.

It is difficult to tell if fans will be treated to a live performance of All Along, but the “Share Your Secrets Tour” will begin in Montreal, on Wednesday, December 9th, at the Cafe Campus. Ian Fletcher Thornley, recently announced on his Facebook page, that the tour, which also lands in Ottawa, Waterloo, London, Hamilton and Toronto, will be mixed by none other than producer Mark Howard. I wondered why there were so few dates for an album of such great promise.

“The tour is small because the perceived need is small”, Ian explained. “Personally, I feel great about the record and I am always inspired by a great audience. If it was up to me I would love to tour this record for a long time, and have a chance to bring the music to more people”. Ian would love nothing more than be granted the chance to keep going. Maybe Santa will put down his spiked eggnog and listen.

“I just love the energy of the fans”, Ian said. “They inspire me as a musician. You are always enriched by a great audience. I have always believed that it is important as an artist to reciprocate that trust and faithfulness”.

What about Big Wreck fans? Where do they stand in all of this? Have faith, because Ian is already planning and working on the next Big Wreck release. He cautioned not to get too excited though. “There are no details at the moment”, he said. “But I can promise you that it will be hard and loud!”. 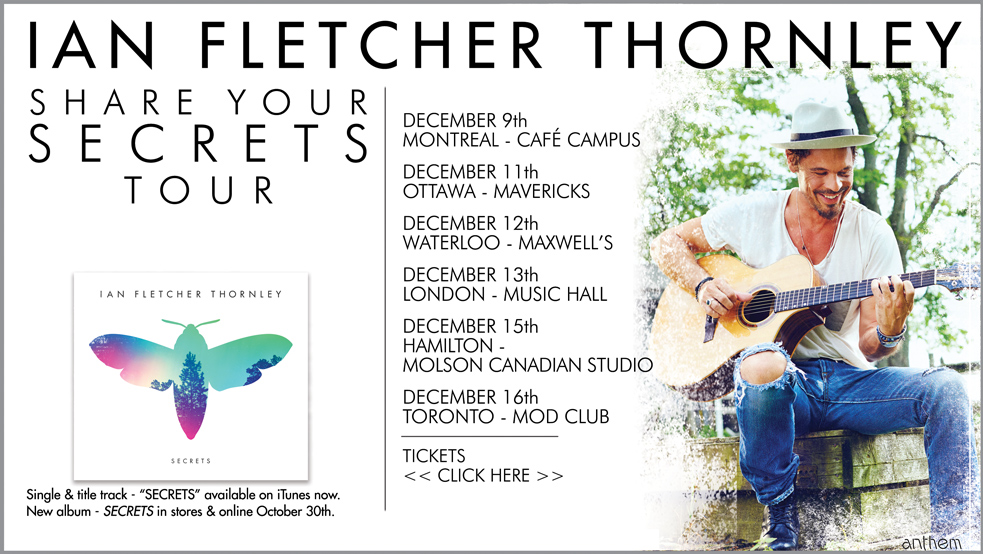 Grzegorz Kieszkowski originally hails from Bydgoszcz, Poland. After his father was released from prison in 1984, for his involvement with the Solidarity movement, Greg and his family escaped to Canada in 1985. He makes Cobourg his home, along with his wife and two small children. Greg is a graduate of York University, with a double major in English and Philosophy. Music has always been in his blood, and although his tastes have matured, he will always have a soft spot for the Metal days of the late 1980’s. He is a full time English teacher and a professional photographer. Part of the allure of writing is the possibility of conversation, and he would love to hear your comments and opinions. Please feel free to visit his personal website - grzegorzkieszkowski.com.
RELATED ARTICLES
featuresian fletcher thornleythornley