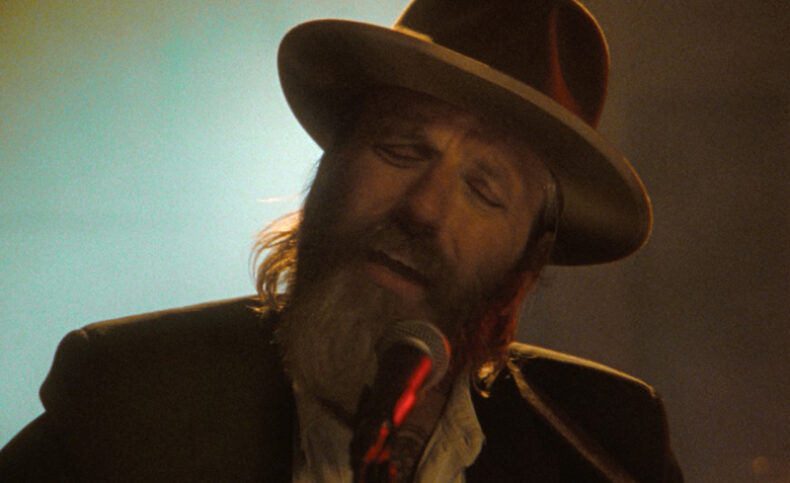 CITY AND COLOUR DEBUTS CINEMATIC VIDEO FOR “MEANT TO BE”

City and Colour – acclaimed singer, songwriter and performer Dallas Green – has released a video for the emotionally powerful track “Meant To Be”, the first new music from City and Colour since the acclaimed 2019 album A Pill For Loneliness. Directed by Michael Maxxis, the cinematic video was shot in an abandoned airport terminal in Detroit and captures the essence of the song, written while Green was processing the painful, life-changing loss of his best friend and longtime producer Karl Bareham. Watch below or HERE.

“Dallas sent me the album, and when I started listening, I felt like he was there in the room with me,” describes Maxxis. “He performs with a vulnerability that I haven’t heard from him before, and the effect was a profound emotional experience similar to something you’d feel if someone was really opening up to you or experiencing intense emotions in person. Dallas’s walls are down on this album, and I wanted to capture that on film. For the ‘Meant to Be’ video I wanted to capture him unguarded and unvarnished, and I felt the best way to do that was with a beautifully shot and crafted performance video.

“Michael always has insightful things to say when he describes what he ‘sees’ when he listens to my music,” explains Green. “I knew I had made an emotional record, but the way he described his initial, visceral reaction to hearing it was so moving…to know something so emotionally connected to me elicited that kind of emotional response in someone. It was immediately apparent he got what I was going for.”

About filming the video and his and Maxxis’ long standing relationship, Green says, “I’ve worked with Michael since he directed Alexisonfire’s ‘The Northern’ in 2009. He makes things easy, he knows how I like to work, and I trust his process. He put together the most wonderful crew on a tight deadline who came together to accomplish a lot of things last minute to make it work.“

The hauntingly melodic song begins with Green’s affecting vocals slowly swelling into the impassioned refrain questioning destiny following a tragic event. In September of 2019, while the band was on a break during an Australian tour, Green received the news that Bareham had drowned off the country’s Gold Coast. While still emotionally distraught, Green was requested to identify his friend at the morgue, a chilling experience he still carries with him. As he puts it, “That was the hardest moment I’ve had in my entire life. It changed me forever.”

Writing “Meant To Be” turned out to be a much-needed pure and cathartic experience for Green. The song is a beautiful, heart-wrenching and fiery elegy that resonates deeply. Listen to “Meant To Be” HERE.

About City And Colour

Over the course of six studio albums, Dallas Green has compiled a canon ripe with songs born of adoration and devotion amassing a legion of fans worldwide and garnering him 3 JUNOs, including two Songwriter of the Year awards, plus 1 Triple Platinum, 2 Double Platinum, 1 Platinum, and 1 Gold certification at home in Canada. Alongside these accomplishments, Green has been awarded Platinum-certification for all four of Alexisonfire’s full-length records.

City and Colour’s last studio album A Pill For Loneliness – released on Green’s Still Records, an imprint of Dine Alone Records – debuted at #1 on the Billboard Canadian Albums Chart, his 4th consecutive chart-topper in Canada. His previous #1 LP If I Should Go Before You made serious waves internationally debuting at #16 on the U.S. Billboard 200 Chart and #5 in Australia where Green’s LP Little Hell was certified GOLD. In 2014, Green collaborated with international superstar Alecia Moore (aka P!nk) on a new project titled You+Me. The duo’s acclaimed Platinum-certified first record, rose ave., debuted at #4 on the U.S. Top 200 Chart, #1 in Canada, #2 in Australia culminating in memorable performances on The Ellen Show and Jimmy Kimmel Live.

Green was personally invited by Alice in Chains to perform alongside Metallica, Korn, members of Soundgarden, Jane’s Addiction, Nirvana and other legendary artists when the Seattle quartet were honoured as the recipients of the 2020 Founder’s Award from the Museum of Pop Culture (MoPop).  In 2022, Green was honored with the SOCAN National Achievement Award at the JUNO Awards in recognition of his philanthropic contributions to music education in Canada.

by Gerrod Harris on July 20, 2022
WE WOULDN’T BE INTERESTED IN MAKING ANOTHER CRISIS A CONVERSATION WITH GEORGE PETTIT OF ALEXISONFIRE Growing up in Ontario in the 2000s, you couldn’t help but get swept up in the excitement that surrounded Alexisonfire. Even if you weren’t [...]
9.0