SPILL FEATURE: EVERYTHING I AM, EVERY MOMENT NEW – A CONVERSATION WITH NEAL MORSE (D’VIRGILIO, MORSE & JENNINGS) 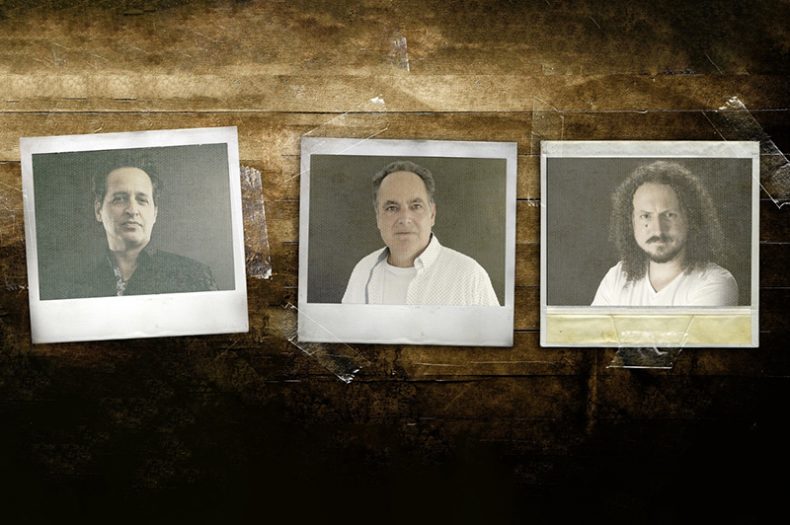 EVERYTHING I AM, EVERY MOMENT NEW

The origin of the band and album is quite unique. “I started writing in 2020, it is the thing when your environment influences your writing. In 2020 we were in the middle of finishing Transatlantic’s The Absolute Universe. Then we took my wife’s Dad on an RV trip across the country, which was a bucket list thing for him. It was wonderful and it was a safe COVID thing to do. There I was at remote camping places, with a guitar of course, and I started writing these kind of folky songs. There was also a lot of political upheaval in America. I guess it made me think about all that music from the early 1970s, like Crosby, Stills & Nash and things. I remember writing “A Change Is Gonna Come”. A couple of months later I was in Colorado helping my daughter and her husband move into their new house. You know Colorado…I got to writing these three part harmony songs. I got to thinking, ‘man it would be cool to make a whole album like that.“

But for Morse, it was more exciting to think about collaborating than to simply record a solo album. “Not just having people just play on the album I wrote, but like the Beatles were, have a bunch of artists come together with their songs, bringing their different flavours and their songwriting to it. I thought of Nick, because I know Nick writes a lot of songs in this way. Then the question became,  who do we get for the third guy?” 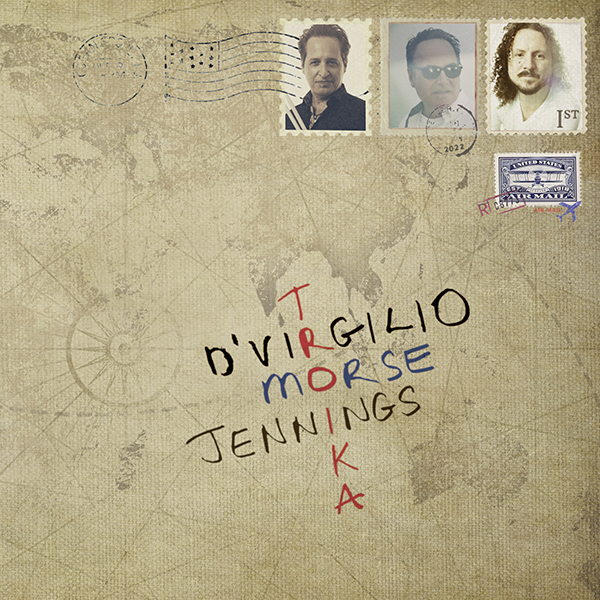 The third guy was an interesting choice. Ross Jennings was not known for three part harmonies and folk music. “I feel like it was divine intervention. I asked Nick, ‘who do you think’? We were thinking of the vocal blend. There was an idea for other musicians, peers, to interview the members of Transatlantic. So I watched Ross interview Mike (Portnoy of Transatlantic) and I hadn’t really thought of him. We had been on tour together and I always enjoyed being around Ross, he has a sweet spirit. So I sent him an email and he wrote back an email saying ‘dude I’ve been writing a bunch of stuff already, like that style. He went to the moon and he said “it must be meant to be”, and I didn’t even know it was something he would be interested in. He turned out to be the perfect guy.”

Once the lineup was complete the three set out to record the album, and according to Morse, the actual recording was fairly easy and smooth. “Troika, for me, was about four weeks of work, not that complicated of an album.” However, recording the album was a little bit of a challenge.

“This is the second album I made completely remotely. The first one was Solo Gratia, I have never made an album completely remotely before. And it is great to be together. It is also great…the way it happened was we sent our demos to each other and we would get to hear the other guys turn the song into a record. It is very exciting when you don’t know what the guy is playing or what he did. It is a wonderful thing to experience that kind of magic. Kicking stuff around the room with musicians can be magic too but it can also be a slower process. This was a really cool way to make the record. I really enjoyed it.”

“It’s a feel-good album. I hope it makes people feel good. Hope it also makes one think about some things, every song of mine has a different motivation on it…you know. A song like “A Change Is Gonna Come”, saying everything will be okay, don’t get too distressed. A lot of stress all over the world, especially in the last two years. I just want to say, everything will get better. Keep on living, keep on trying to do the right thing and things will get better.

Change is something Morse is not afraid of, in fact he embraces it. He is always looking for his next adventure, and during this conversation he talked about the thrill of doing new things, such as this album. For an artist who is known as a prog rock artist or a rock artist, this folk album may seem like a departure, but it really isn’t. It is just the next step in Morse’s diverse career.

And it would sound amazing!

Born and raised in Whitby, Aaron discovered music through his love of The Beatles. This led to a career in radio, writing for various publications, and ultimately a radio show about The Beatles (Beatles Universe), which ran for over four years. When not immersed in music, Aaron enjoys spending time with the loves of his life -- his wife Andrea, and daughters Emily and Linda (all of whom have an intense love of music too).
RELATED ARTICLES
d'virgilioeverything i amfeatures
8.0