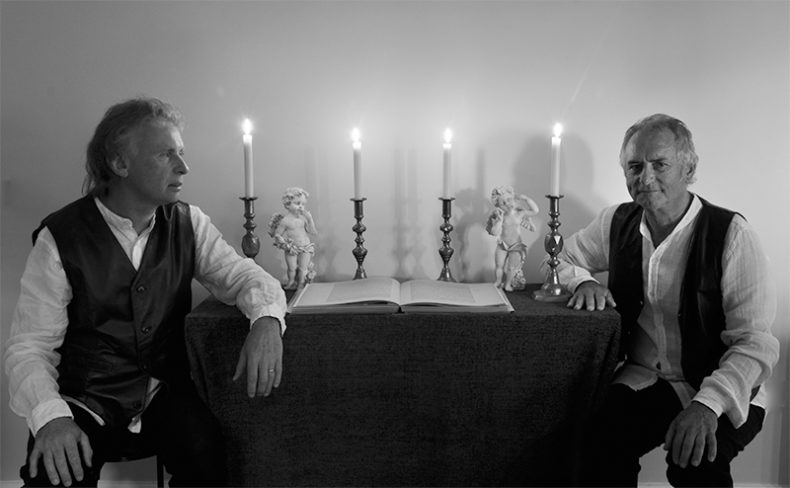 A CONVERSATION WITH COLIN MOULDING

I hadn’t seen or spoken to TC&I’s Colin Moulding since 1979, when he was co-leader of England’s alt-rock sensation XTC, who had chart-topping hits such as “Making Plans For Nigel,” “Life Begins at The Hop,” “Generals and Majors” and “Senses Working Overtime.” He and his former partner Andy Partridge had back then helped dig my car out of a snow drift after one of their shows at the University of Guelph, and I was their Canadian promo guy at Polygram, Virgin Records’ Canadian distributor.

So it was great to connect on the phone again about his new group TC&I and their new EP titled Great Aspirations. The EP, consisting of four tracks titled “Scatter Me,” “Greatness,” “Kenny” and “Comrades in Pop” is an eclectic collection of songs displaying all the wit and charm that made XTC the success they became.

Great Aspirations is the first new music from Moulding in many years. ‘I thought I’ve got to do something,’ he said. ‘You just can’t sit around and eat chocolate, and then you’ve got the inkling that you should start writing again and the next thing you know Terry’s on the doorstep.’ The Terry he refers to is former XTC drummer Terry Chambers, who along with Moulding and assorted guest players worked on Great Aspirations.

The EP delivers XTC’s trademark qualities of melody, rhythm, variety and idiosyncratic subject matter, mixed in with nostalgia and fueled by an understated political anger. Moulding shows an appreciation of the good things, such as friends, landscape and longing. Here he again reminds us of what we stand to lose in the name of progress, looking at the rapidly-changing world around him. 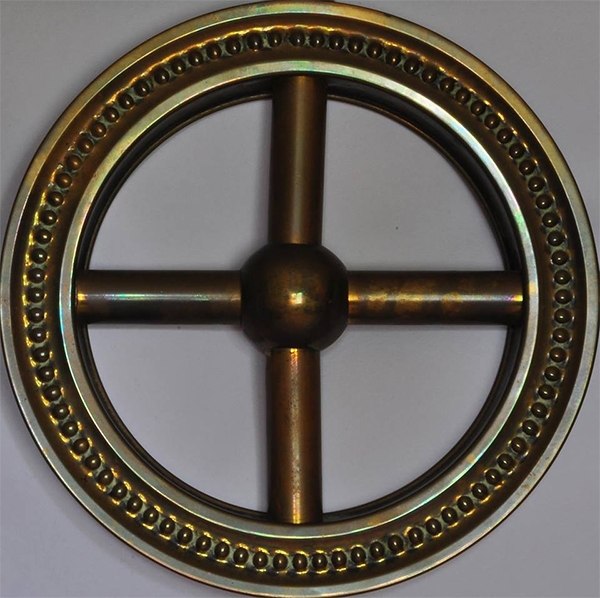 The piano-charged lead track and video of “Scatter Me” delve into the subject of mortality and the habit of scattering loved ones’s ashes near the river Cole, a tributary of the Thames which runs through Moulding’s hometown of Swindon, England, where he presently resides. ‘When you get to 62 there’s melancholy all around and you have to try to beat it with a stick. I think it’s sort of a bittersweet sensation tinged with sadness but also upbeat as well,’ says Moulding.

The rocking second track, “Kenny,” refers to children losing their local playgrounds to urban development, and in the third track on the EP, “Greatness” (my favourite), Moulding fearlessly reveals his still-burning aspirations to reach the heights of such greats as Churchill, Hitchcock, Spielberg and McCartney.

The final track, “Comrades of Pop,” conveys words of warning to aspiring young musicians and seems to be semi-autobiographical about Moulding’s now-severed relationship with his former XTC partner Andy Partridge. Moulding seemed somewhat surprised that I reached that conclusion, although he said others had said the same thing.

The Great Aspirations release is neatly timed with the broadcast of the much-anticipated and eye-opening documentary XTC: This Is Pop about the history and legacy of the group, which looks at XTC and their journey from mercurial pop outsiders to full-blown national treasures and one of Britain’s most influential-yet-unsung bands. It’s also due in part to the re-release of their extensive catalogue of material. ‘I think the word is out,’ said Moulding. ‘It’s taken a bloody long time, but I think people are catching up and appreciating what we did.’

Great Aspirations is available exclusively through PledgeMusic and Burning Shed, and fans can choose between signed and unsigned copies of the CD.

Gerry Young is President of Current Records and Management, and author of the 2011 biography Pop Goes The Weasel: Rock And Roll Off The Record, available at Indigo/Chapters, Barnes & Noble, and Amazon.com. He has recorded and managed Juno Award winning bands Martha And The Muffins and The Parachute Club among others.
RELATED ARTICLES
featurespledgemusicxtc