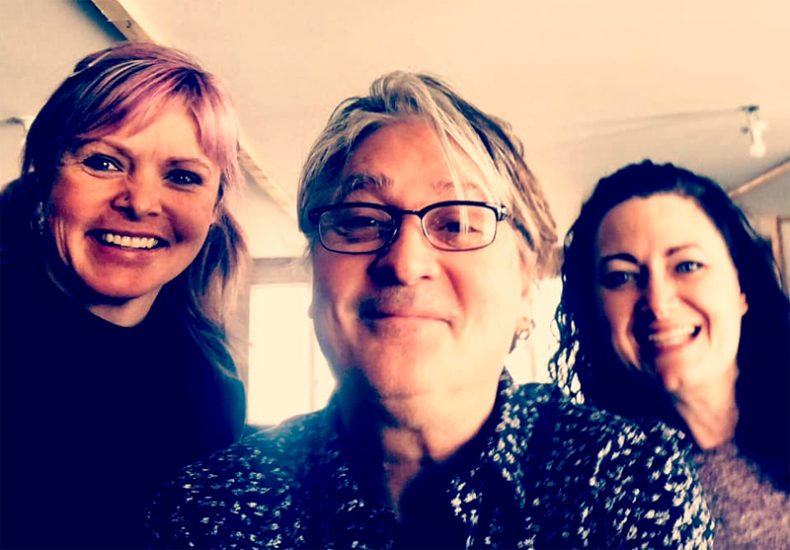 A CONVERSATION WITH BERNARD FRAZER OF CHURCH OF TREES

Bernard Frazer, the mastermind and genius behind Church Of Trees, is one of the nicest humans you will ever meet. He has also just released one of the darkest albums this year with Church Of Tree’s New Bold Dawn. The album is not void of hope, but is a stark view of the world as we know it. Two new vocalists have joined Frazer into his seemingly unlit world of his Church Of Trees. Alison Stanton and Tara Hope bring their powerful and soulful vocals to New Bold Dawn.

Since the inception of Church Of Trees, Frazer has not shied away from topical and political lyrics. Just listen to their hit, “Like Gary Numan”, a chart-topping song that broke the band internationally. Frazer has not softened with his new album.

The new album was not originally titled New Bold Dawn. In fact it was originally an album with heavy environmental themes and was originally named Greta, a reference to Greta Thunberg. The album has an interesting history. “It started last year. We had recorded a couple of tracks, working on tunes. We had recorded “Eye On You” and “Let Me Out”. There were probably about 25 songs I was looking at for potentials for the album. I was hoping to record as many of those as possible so I could pick and choose. As we went through, it became more obvious which ones made more sense, so I started setting things aside and adding new ones. You get inspired every day.”

“I was trying to figure out what this album was about. Late 2019, I really started feeling it needed to be about Greta Thunberg, and trying to get governments around the world trying to sign on to her vision, and her back and forth with Trump. I wanted the album to be around something important, and climate change is something that means a lot to me, so I spoke to the girls and I said I think this album needs to be called Greta. 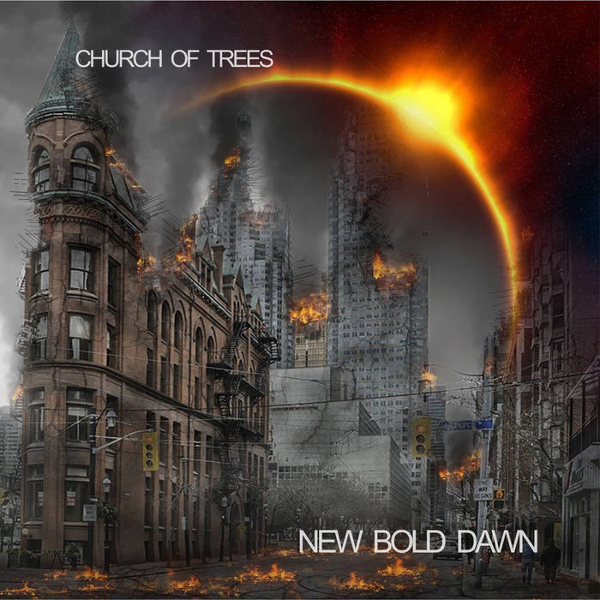 “From September to February that was the path we took. By March, things began to change. We started hearing about COVID. I was continuing to write. I had just written a song called “End Of Days”, finished the demo, and I played it for one of our singers, Tara, who said ‘I like that one’. So that got me thinking about changing the perspective of the album. We had returned from the studio, and within one week we were in total lockdown. So we couldn’t finish the recording at Skylark, couldn’t see each other to write together. Everything had to stop.”

New Bold Dawn also features Frazer stepping up the microphone and providing more lead vocals than he had in the past. “I had decided to release the album on April 22, because it was Earth Day, and two because it was my Mom’s 91st birthday and I wanted to commemorate that. But we couldn’t because we still had songs to record, so what to do? I thought about it for a couple of days and then I asked our engineer, ‘what if I sing the lead, record it here in my home studio, and send it. Tara did the same thing with background vocals. He said send it up, and we will see. It turned out pretty well. When I started the Church Of Trees project in 2016, I was adamant my voice would not be on it. I wanted to be a woman-fronted act, because I wanted to make a statement about female empowerment. I grew up in an all-female family and I wanted to honour my mother and sisters. I wanted a woman to take the lead and let me stay in the background. The more I worked on the new album, the more it made sense for me to start singing. I would bring new songs, and Tara and Alison would say, ‘why don’t you sing it’. There was a blending of the voices, and I became more comfortable singing.”

The album also has a bonus track of a cover of a David Bowie song. He took on the task, and succeeded with a brilliant cover of “Five Years.” “I recorded that song two and half weeks ago. That song is something I have been singing since the beginning. I have been in love with Bowie’s material since the early 1970s, and “Five Years” is a song that has always resonated with me, and I always wanted to cover it. My wife has been saying for years, ‘why don’t you cover a Bowie song’. So I thought, after all these years, I did it.”

So while the album may have dark overtones, it is not a completely bleak album. Frazer and his Church Of Trees have created a thought-provoking concept album which is perfect for not only these times, but also going forward. This is an album that will be listened to for years to come, because it does have that feeling of hope. “The meaning we are trying to convey here is yes, we are going through hell, and yes everything is going to change, but let’s hope we learned the lessons this past period and employ them so when we move forward we make the world a better place.

Born and raised in Whitby, Aaron discovered music through his love of The Beatles. This led to a career in radio, writing for various publications, and ultimately a radio show about The Beatles (Beatles Universe), which ran for over four years. When not immersed in music, Aaron enjoys spending time with the loves of his life -- his wife Andrea, and daughters Emily and Linda (all of whom have an intense love of music too).
RELATED ARTICLES
bernard frazerchurch of treesend of days