SPILL FEATURE: READY TO HOWL AGAIN – A CONVERSATION WITH JOHN FOXX (JOHN FOXX AND THE MATHS/EX-ULTRAVOX) 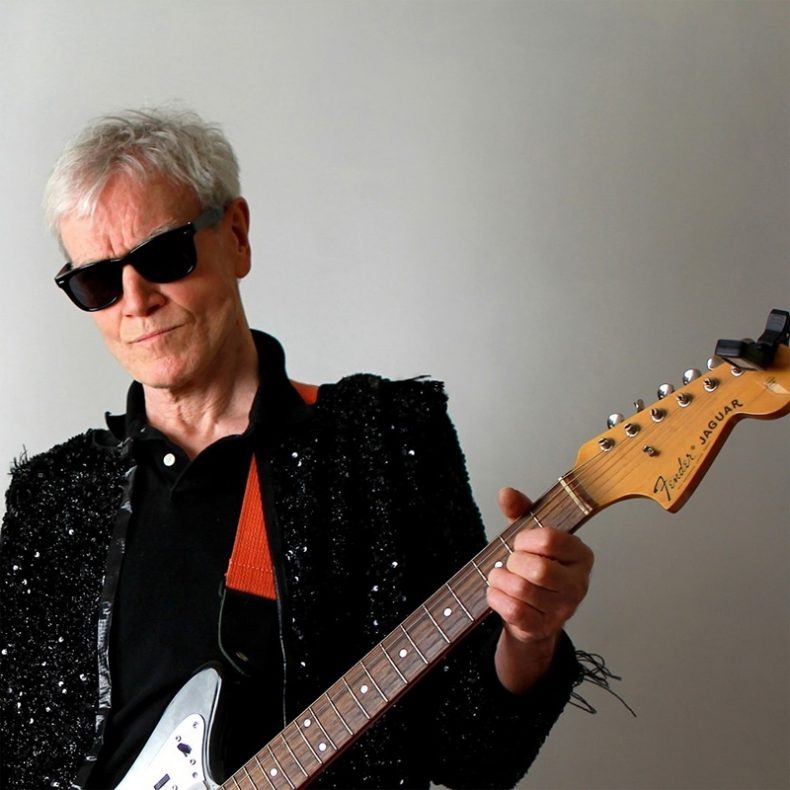 John Foxx is somewhat of an enigma. One is never sure what to expect from the man, either in interviews or in music. Since leaving Ultravox, he has embarked on a solo career that has been full of many twists and turns. Electronic, ambient, instrumental, film scores, rock, avant-garde, are just some of the types or genres of music that Foxx has explored very successfully over time.

Since 1980, Foxx has released a number of influential albums, in spite of  a 12-year break from music beginning in 1985. Foxx recalls that it was, “more of a gulf, really. One I had to climb out of”. The new John Foxx and The Maths album, Howl, is set for release in July, 2020, and it is a return to electronic rock. According to Foxx, “there is an awful lot to howl about at present.”

A new release from John Foxx is always a reason to celebrate. For Howl, he is joined by The Maths, which consists of  Foxx and the very talented Benge. Benge has not only released his own acclaimed solo music, but has worked with artists such as Blancmange and John Grant. Also joining The Maths on this album are Hannah Peel and an old friend from the past, Robin Simon, formerly of Ultravox and who has also worked with Foxx in the past on his solo work. “He’s got the essence and instinct that always pulls me back from the brink. A sort of controlled fury and lyricism, plus sheer writhing power, capable of transforming everything we do.”

As a solo artist, Foxx has released 16 studio albums and has worked with other artists, including Louis Gordon. The Maths, however, is a return to working with a band which is something that Foxx quite enjoys. “It’s much more fun – and much more volatile, too. Good to stand aside and let someone else get to the front at times. I also get a great charge from the input of other minds and abilities. Lots of unexpected things begin to happen, that’s when you know it’s all functioning properly. A biochemical reaction. You can take your hands off the wheel and someone else will drive.”

“I think a band has a sort of extra identity. The Germans have a name for it–Gestalt.  It’s always more than the sum of its parts and that lends an unknown quantity to whatever it does; that Ouija board thing again. Some very mysterious chemistry goes on all the time  and that can yield great things that no single member could take credit for.

Howl is his sixth studio outing with The Maths, which says something about this band and Foxx’s enjoyment in working with Benge and Peel. “It’s a Ouija board process. Everyone has their finger on the board, but no one knows quite who or what is moving the thing.”

John Foxx and The Maths debuted on the scene in 2011 with the album Interplay. Foxx has been with The Maths longer than any band with whom he played. “It’s all Benge’s fault. He named it, and it’s his concept. Always on patrol for crap and bullshit. Lets the dogs off at the slightest sniff, but always ready to collaborate with great relish in every kind of sonic mayhem. We tend to fall into a ragged sort of order when he’s at the helm. My kind of captain.  Hannah was already working at the studio and we realised she could play anything on keyboards and loved tortured violin, so she was in right away.” 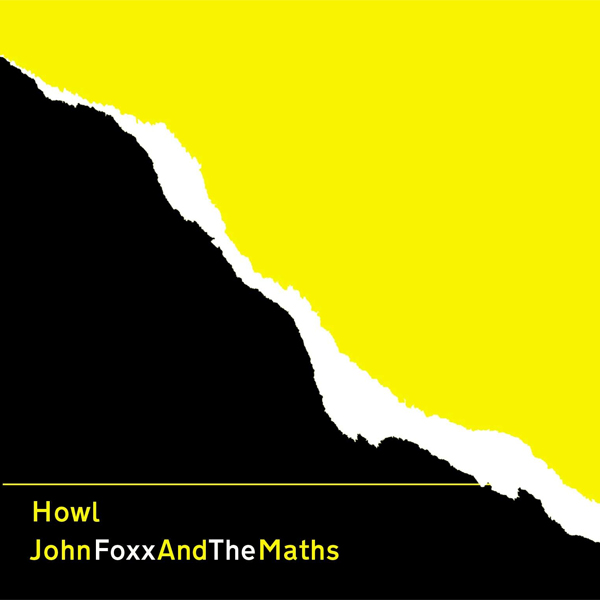 Of late, Foxx has been associated with instrumental albums. Howl is a far cry from that form of music. Foxx has found his vocals for this new album. “I can only ever do things when the time feels right.  For some reason, possibly connected to the times we’re living through, plus my own personal life, and seeing live bands like The Soft Moon, Adult, and Massive Attack,  I began to feel an urgent need to write splintered, violent songs and immerse myself in bone-crushingly loud music. Then I realised I needed accomplices who were better than me at their particular aspects of noise-making. So here we are.”

Howl is an album of observations, personal or political. Observations about and from the past to warnings of what may come. All from the framework of the artist. Take for example “New York Times”, a highlight on the new album. According to Foxx, this song comes from his first impressions of New York City, in the late 1970s. “Well, that was instigated by a look at New York when I first got there in 1977 or 1978. The Bronx was on fire, police with machine guns on the trains, litter piled in the streets. Every freak from the rest of the U.S. and beyond was holed up in all the shabby rooms and dives, and strange things happening all around.  Lou Reed and the Velvets already had it all down with Sister Ray.  Then I equated all that with London a little later, when characters like Leigh Bowery were on the loose, The Fall were re-energised and the first Acid tracks were coming over from Detroit. There are some periods of almost universal chaos when valuable things get precipitated. These recur. Maybe that’s where we all are now.”

While other songs, such as “My Ghost” look at mortality. “Oh, that’s my wee intimation of mortality. I often get the feeling someone unwelcome is breathing down my neck and then I wake up in a sweat.  Makes me get things done, though.”

And after all of these years in the recording industry, he has seen a great deal of change, some good and some not so good. For Foxx, it is about continuing to make music and make the music accessible to people. “It is fascinating though, how the record companies simply folded their tent and walked away after Apple et cetera made the landgrab. Not even a whimper. Pathetic. So end of story. Live work was then the only remaining option. It is not a bad thing, but innovation takes place through the act of recording. It’s a very complex chemistry between live and record. Now Spotify has made the new listening model that may be the practical future–and they actually pay! Still not enough, but it’s a start.”

Foxx raises the issue of the artist surviving in this technological-based world. So of course, Apple, Amazon, and all the other tax dodging ticks are busy copying the model. But there needs to be a concerted effort to get more return for the artists who actually make the stuff they disseminate–or the ticks will end up with no blood. We’re already slipping back into the groanfully obedient world of safe showbiz acts, since there’s no space left for a good awkward band to develop. Perhaps also the audience has lost interest, and prefers torture and trial by social media to temporary, vicarious perversion by rock. So we may be seeing an historical equivalent to the end of Music Hall, or the demise of Hollywood. “It’s the money-to-artist that’s missing. The incentive of fun, money, sex, adventure, innovation, art and admiration are interdependent, and vital to the thing at its most volatile and beautiful. So, if they want to live by shifting more dangerous fascination by rock, the ticks simply have to start paying up and it will all go exponential overnight. Of course, there’s little sign of that. But things will change, they always do. Meanwhile, at least you know everyone who carries on recording at this point, is more interested in music than money.”

Although he has had the hits and has influenced generations of artists, Foxx continues to make the music he wants to make, with the help of some friends. Although Howl is a brilliant album, and deserves to top the charts, that is not the drive here. I don’t think it has ever been the drive for John Foxx.

Born and raised in Whitby, Aaron discovered music through his love of The Beatles. This led to a career in radio, writing for various publications, and ultimately a radio show about The Beatles (Beatles Universe), which ran for over four years. When not immersed in music, Aaron enjoys spending time with the loves of his life -- his wife Andrea, and daughters Emily and Linda (all of whom have an intense love of music too).
RELATED ARTICLES
bengefeatureshannah peel
9.0

by Aaron Badgley on July 24, 2020
John Foxx And The Maths Howl Metamatic John Foxx returns with The Maths, a band he has created with Benge (Blancmange, Fader, John Grant, to name just a few of the artists with whom [...]