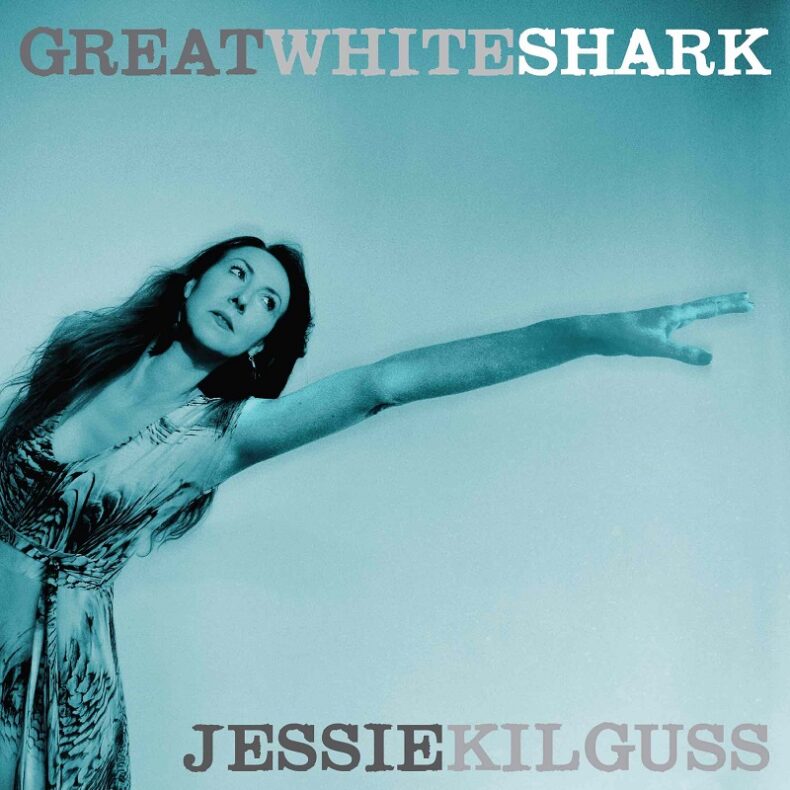 The past few years have been a long haul for many artists – Covid-19 and the correspondent lockdowns were the contributing factors, affecting a whole range of things for artists between their source of income taking a hit, cancellation of existing or impossibility of booking new tours, uncertainty and logistical problems regarding such things as rehearsals, recording music or even travel between cities. Most artists were affected in one way or another, the artist we introduce today – Jessie Kilguss – being no exception.

The result is a four-year gap between her latest album and her new album What Do Whales Dream About at Night?, which is scheduled for release on September 23. Radiating with positivity and cloaked in cinematic feel-good storytelling, we are pleased today to present you the lead track, called ‘Great White Shark’. Stellar, pure, inspired and inspiring – Jessie Kilguss is an artist to watch in 2022.

Bound to please fans of Joan Osborne, Paula Cole, Jewel and Aimee Mann, her voice is as clear as her vision and every element of her music is perfectly placed. While performed with impeccable precision, this music feels truly organic and is indisputably endearing. Indeed the author admits that storytelling is at the core of what she does, a trait she shares in common with the aforementioned Osborne and Mann, as well as peers such as Sheryl Crow, PJ Harvey, Rachel Mason and Amy MacDonald.

Produced by Adam Lasus (Yo La Tango, Clap Your Hands Say Yeah, PJ Harvey) along with Kilguss and her band members, Lasus also engineered the recordings, which were mixed and mastered by Charlie Nieland (Debbie Harry, Rufus Wainwright, Blondie).

Kilguss tells us the origin story of this single:

“In 2018, I was helping teach a 3-day songwriting workshop at a correctional facility for girls (aged 11-14) in upstate NY with the nonprofit Musicambia. We were writing a collective song, going around the circle and everyone was adding a line. I had just read in the news that a man had been eaten by a shark and I thought it would make everybody laugh so I added my line “a Great White Shark ate a man off Cape Cod”.  Even though it’s horrendous, it was so far out of left field that everyone did laugh. I got home and decided to turn my line into a song.

For help, I turned to ‘Technicians of the Sacred’, an amazing anthology of ancient poetry from around the world, which I came to through Nick Cave’s newsletter ‘The Red Hand Files’, having recommended it as inspiration for songwriters. There’s an incredible poem in there that’s actually a spell to create gangrene of the nose. It inspired the repetitive nature of the lyrics of this song. Even though the subject matter is truly awful, it’s meant to have a light touch. It’s meant to be funny…

Even though I have irrational shark fears when at the beach, I think that sharks get a bad rap. There’s this guy on Instagram (the Malibu Artist), who takes drone footage of Great White Sharks off the coast of Malibu. They’re always out there and they often come very close to people but it’s very very rare that they attack.”

Kilguss’ own back story is intriguing and multi-faceted. is a former actress, whose acting highlights include the film adaptation of Arthur Miller’s ‘The Crucible’, starring Daniel Day Lewis and Winona Ryder, and the UK production of ‘As You Like It’, directed by Royal Shakespeare Company founder Sir Peter Hall.

She dropped acting for songwriting after a life-changing experience working with her musical hero Marianne Faithfull in the London and Sydney productions of ‘The Black Rider’, a musical written by Tom Waits and William Burroughs, which was directed by Robert Wilson and also featured Mary Margaret O’Hara. In addition to writing and performing her own music, Kilguss also sings with Gramercy Arms, Jim Andralis and the Syntonics and Benjamin Cartel, having previously performed at the Sundance Film Festival and with Freddie Stevenson, supporting The Waterboys during their European tour.